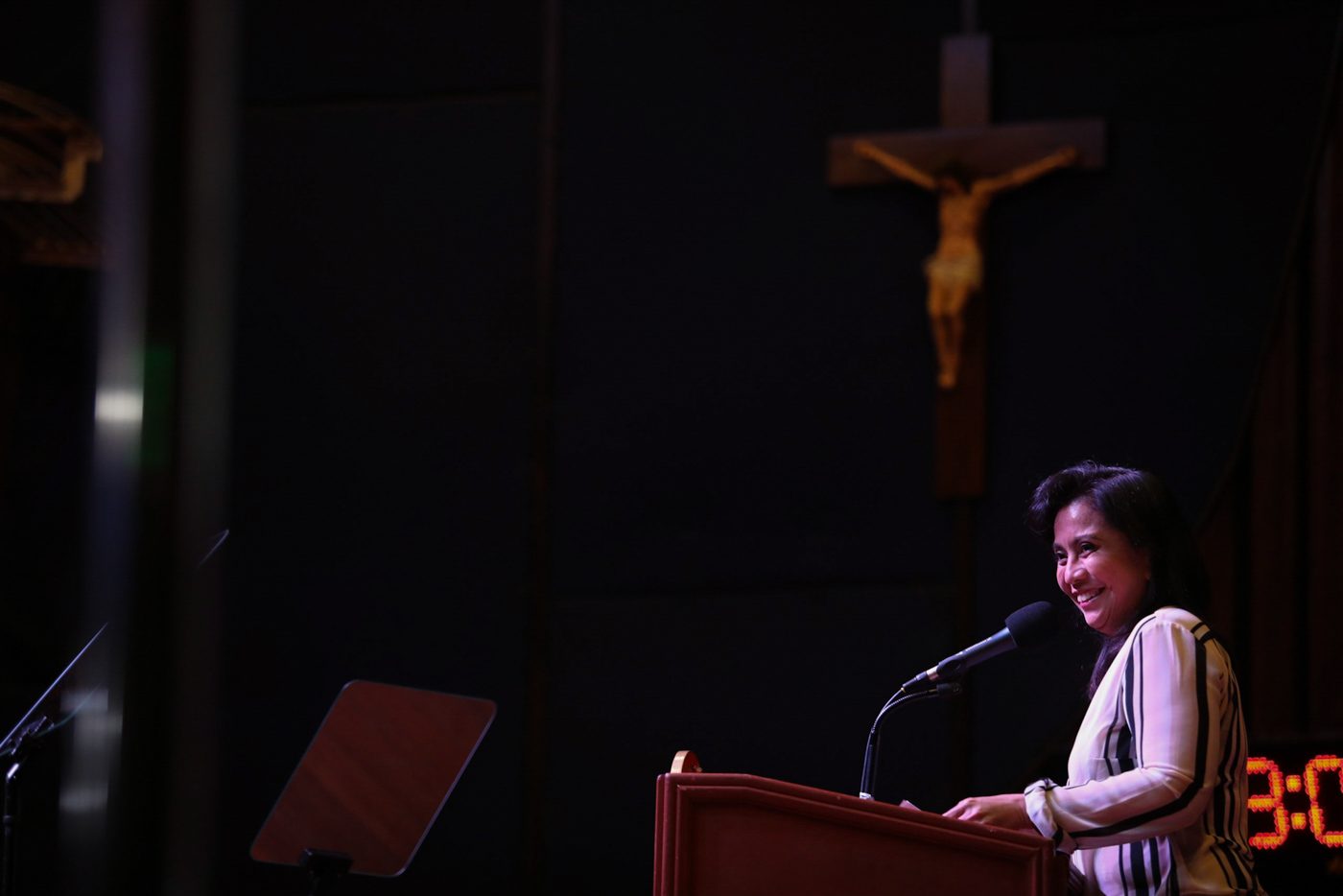 MANILA, Philippines – Vice President Leni Robredo is undaunted by the looming start of the ballot recount in February for the electoral protest filed against her by Ferdinand “Bongbong” Marcos Jr.

In fact, Robredo said she prefers the election case to be resolved soon, as it means Marcos would have less space to make up stories on the protest.

(We’re praying the case will be resolved soon. Because as long as it is not resolved, Marcos gets the opportunity to make up stories that are not true. If this is resolved at the soonest possible time, he won’t have the space to lie.)

This was the Vice President’s reply when she was asked for a reaction on the upcoming ballot recount next month.

Ballots are already being retrieved by the Supreme Court, acting as the Presidential Electoral Tribunal (PET), in her home province Camarines Sur this week. (READ: IN PHOTOS: Ballot retrieval in CamSur for Marcos-Robredo election case)

The Vice President is confident the ballot recount would disprove Marcos’ allegations that she and the Liberal Party had cheated in the 2016 elections. She beat the former senator by just 263,473 votes.

(We’re not nervous because we know – we are sure – that no cheating happened during the elections. We’re expecting the results of the recount will be the same as that of the elections.)

Despite developments in his electoral protest, Marcos has recently been slamming the PET for its alleged “unfair treatment” of him.

He zeroed in on Associate Justice Benjamin Caguioa, to whom the electoral protest was raffled off, for allegedly being biased in favor of Robredo. (READ: PET ruling ‘confirmation of bias’ vs Bongbong Marcos, says lawyer)

Caguioa is an appointee of LP chairman emeritus and former president Benigno Aquino III, who was also the justice’s classmate at the Ateneo de Manila University. – Rappler.com