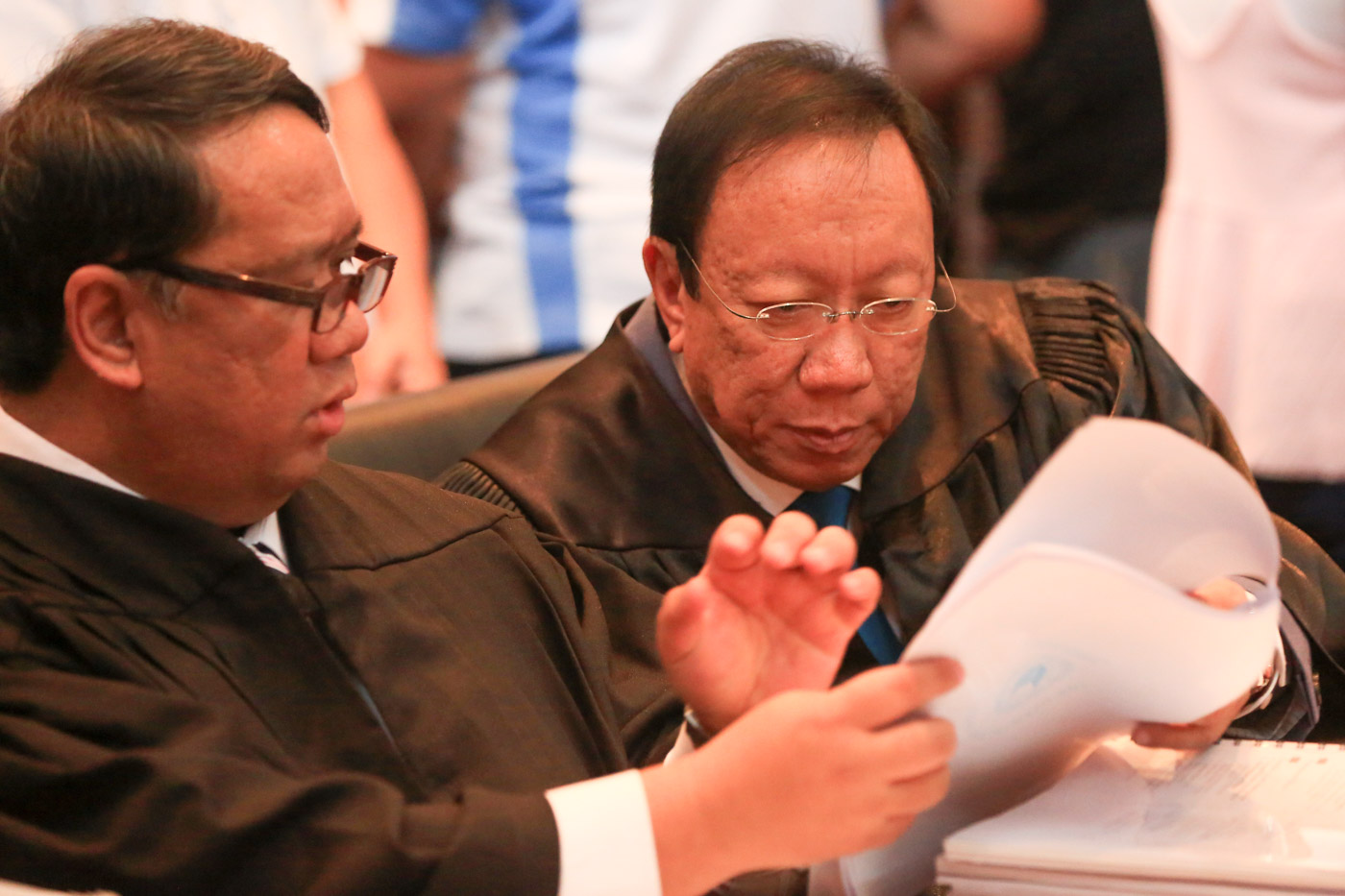 MANILA, Philippines – Solicitor General Jose Calida said nothing, not the Supreme Court (SC) and not even the Constitution, can stop President Rodrigo Duterte and Congress from further extending martial law.

“The Court cannot, in the absence of any express or implied prohibition in the 1987 Constitution, prevent the Congress from granting further extensions of the proclamation or suspension,” Calida said in his 99-page memorandum sent to the SC on Wednesday, January 24.

Calida said further extensions are possible “for as long as the Congress believes that the invasion or rebellion continues to exist, and the public safety requires it.”

This is what the House minority bloc warned against. In their petition seeking to nullify the re-extension of martial law in Mindanao to yearend 2018, the lawmakers said the Philippines was heading towards a “martial law in perpetuity.”

Presidential Spokesperson Harry Roque said there’s no need to fear because the Constitution does not allow a perpetual martial law.

“The period for which the Congress can extend the proclamation of martial law and suspension of the privilege of the writ of habeas corpus is a matter that the august body can itself define, unshackled by any predetermined length of time, contrary to the petitioners’ erroneous submission,” the solicitor general said.

If Calida’s line of argument is to be upheld, Edre Olalia of the National Union of People’s Lawyers (NUPL) said: “Congress can extend martial law until kingdom come and the SC cannot do anything but to genuflect and grovel. Preposterous!”

Calida also insists in his memorandum that extending martial law is not within the SC’s power of judicial review. (READ: SC’s Bersamin pushes for broader criteria to declare martial law)

“The determination of the length of the extension is a power vested only in the Congress. It involves the exercise of its wisdom. The issue is a political question that judicial review cannot delve into,” Calida said.

But oddly enough, when it came to addressing the fear of a perpetual martial law, Calida changed tone and said one of the constitutional safeguards against abuse of the executive is that the SC can always step in.

“The extension is subject to judicial scrutiny upon the exercise of any citizen of his or her right to question the sufficiency of its factual basis, as exemplified by the very action now before this Honorable Court,” Calida said.

The paragraph above contradicts Calida’s many statements within the same memorandum that insist SC does not enjoy that power.

For example, one of Calida’s main arguments is that “the extension may not be impugned on the ground of grave abuse of discretion amounting to lack or excess of jurisdiction.”

In fact, that argument is contained in his very first pleading to the SC, saying that proclamation is different from extension. SC had already ruled that it has the power to review martial law proclamations.

Petitioners said that one of the grounds to nullify the extension was that the Congress leadership approved it in undue haste.

In response, Calida said that the Congress’ approval is a perfect example of a political question. The doctrine of political question is invoked when the executive and the legislative resist being reviewed by the judiciary.

“The Congress has full discretionary authority to decide how to go about the debates and the voting. In other words, the issues that the petitioners raise are political and non-justiciable. The questions presented essentially go into the wisdom of the Congressional action,” Calida said.

Calida dedicated 3 pages of his memorandum to stressing that the judiciary cannot interfere in the business of the executive and legislative branches, if the business is a political question.

“This despite the fact that political question limitation has already been debunked and abandoned by Article VIII, Section 1 of the Constitution,” Olalia said.

Olalia was referring to the constitutional power given to the judiciary to review whether the two other branches of government exercised grave abuse of discretion.

A sub-committee at the House of Representatives is proposing to delete that provision once and for all, something that retired Supreme Court justice Vicente Mendoza warned against.

“It needs serious study because deletion of this phrase mght be used to render SC powerless,” Mendoza said. – Rappler.com