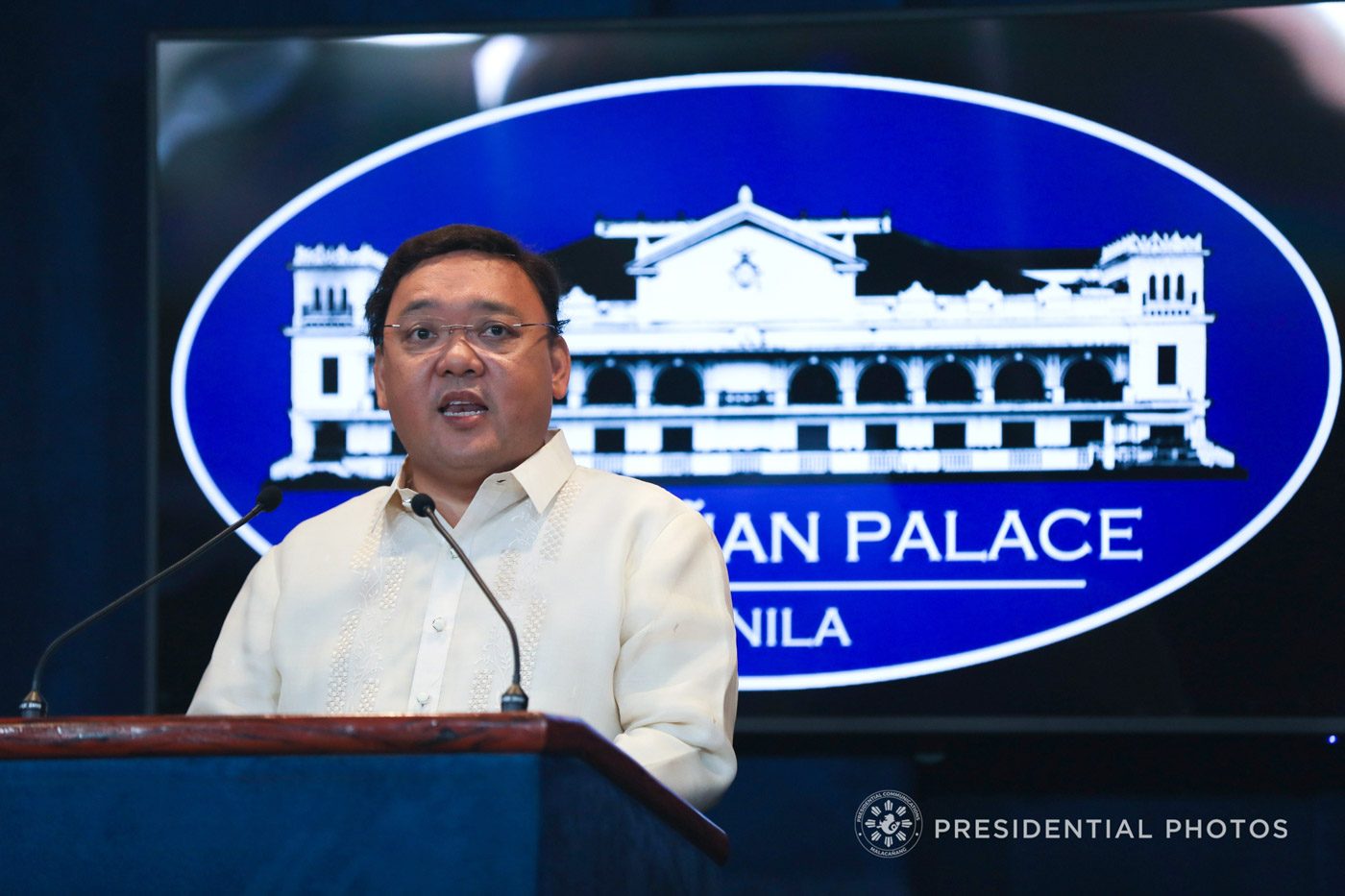 Facebook Twitter Copy URL
Copied
The Presidential Spokesman claims he was referring to China, not Filipino scientists and researchers, when he said 'no one can do it, because, apparently, it's capital intensive'

In a statement sent to reporters on Thursday, January 25, he asked the public to understand the “entirety” of his remarks on Benham Rise.

When he had said “no one can do it,” he was referring to Chinese scientists and not Filipinos, he claimed.

“I was referring to China when I said ‘no one has applied and no one can do it, because, apparently, it’s capital-intensive,'” said Roque.

“I never said that Filipinos cannot conduct research in Benham Rise,” he added.

However, referring to China in this instance would be absurd, as China has applied for and successfully obtained a permit to conduct Benham Rise research, and has already begun their research, proving they have the capital to do so.

Also, a recollection of the flow of questions during the January 23 press conference belies this.

When Roque made the statement, he was responding to a question specifically about whether or not Filipinos could conduct research in Benham Rise on their own.

SEC. ROQUE: Because only China has qualified so far. There are other applicants, unfortunately they did not qualify according to fixed guidelines already set by the government.

Q: Bakit daw po hindi Filipinos (Why not Filipinos), on our own?

SEC. ROQUE: Because no one has [applied]. And no one can do it because, apparently, it’s capital intensive. You do not need a permit for any Filipino corporation to conduct scientific investigation in Benham Rise because it is ours so that’s not something that a consent has to be given by the government.

While Roque maintains it was “obvious” he was referring to Chinese scientists, news reports from various media outlets show all their reporters understood his remarks as referring to Filipinos.

Here are just some of the news articles about Roque’s remarks:

Roque’s remarks were taken as an insult by some Filipino scientists and experts on international maritime law.

Advocates of Science and Technology for the People or AGHAM said Roque’s claim was “unfounded” as Filipino scientists were the first to explore the Benham bank, with most of the research funded by the government and some of them done in collaboration with foreign institutions.

International maritime law expert Jay Batongbacal, after detailing all the Filipino-led research in Benham Rise, said that the lack of funds rendering Filipino scientists incapable of extensive research can be remedied by government funding and support. – Rappler.com