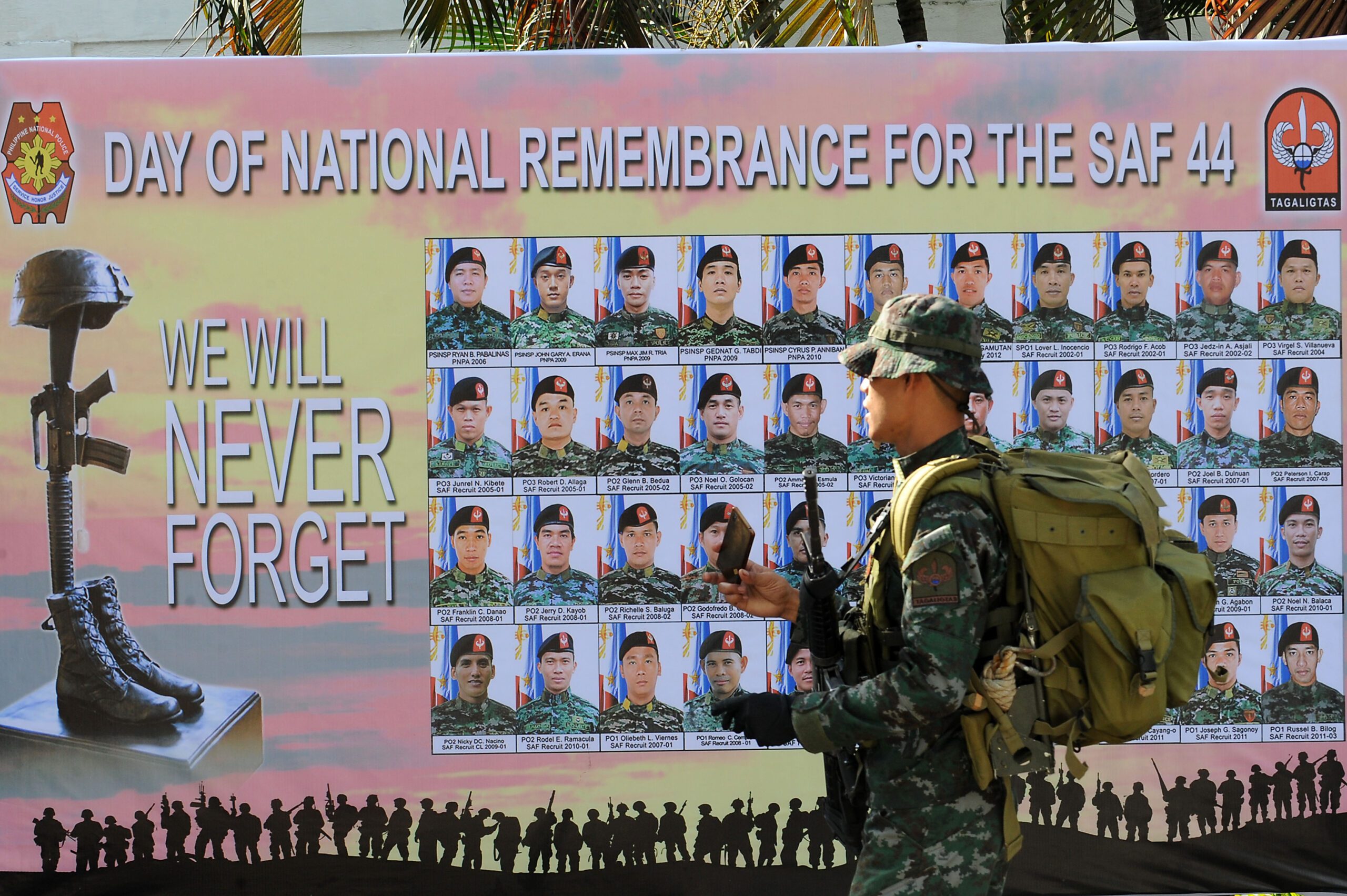 MANILA, Philippines – On the 3rd year anniversary of the bloody Mamasapano operations, Justice Secretary Vitaliano Aguirre II reminded the Supreme Court (SC) to act on a one-year-old request to transfer the murder trial of 88 people from Cotabato City to Metro Manila.

“To date, the Supreme Court has not resolved the prosecution’s request for the transfer of venue of the case,” said an update report signed by Senior Assistant State Prosecutor Rosanne Elepano-Balauag, a copy of which was given to reporters by the Department of Justice (DOJ).

According to the report, the request to transfer was sent on January 19, 2017 addressed to Chief Justice Maria Lourdes Sereno. Acting Prosecutor General Jorge Catalan sent a 2nd letter to Sereno on December 7, 2017.

The 35 counts of direct assault with murder against 88 respondents for the killing of 35 Special Action Force (SAF) commandos have been pending before the Shariff Aguak Regional Trial Court (RTC) Branch 15 since March 2016.

“Trial has not commenced because of the filing of several motions by the accused,” said the report.

While the reasons for the delay are not confined to the transfer request alone, Aguirre’s statement nevertheless zeroed in on it.

“While we await the resolution by the Supreme Court of our request for transfer of venue to Metro Manila, you have our solemn reassurance that wherever the trial maybe, your prosecutors will comply with their duties and responsibilities zealously,” Aguirre said. (READ: Inside Mamasapano: When the bullets ran out)

Of the 88 respondents, Mustapha Tatak alias Kutap reportedly died on July 28, 2017 although “the court is still waiting for the proof of death.”

A transfer of venue is requested to avoid a miscarriage of justice, for reasons of safety and of influential individuals in a province putting pressure on court officials.

“While mindful of the security concerns involved in the trial of the case, we will pursue the quest for justice with dogged determination and perseverance,” Aguirre said.

In her impeachment hearing, Sereno is accused of deliberately delaying a transfer request for the trial of the Maute crisis. – Rappler.com