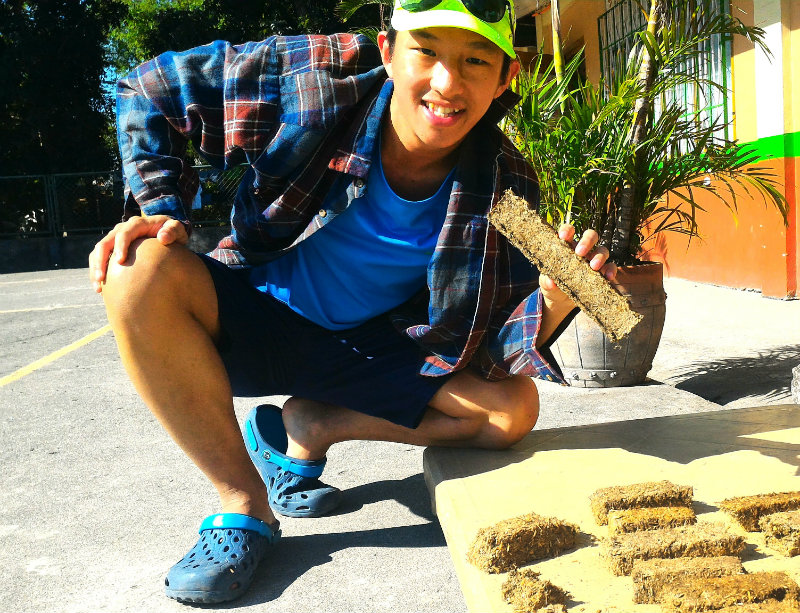 In 2015, they co-founded HiGi Energy, a startup currently based in Taytay, Rizal. Their award-winning product is a clean energy briquette made from a very unlikely material: water hyacinth, which is often mistaken for water lily.

Water hyacinth (Eichhornia crassipes) is a highly problematic invasive species outside its native range. They could grow up to 7.28 tons per hectare per day, which is so much faster than the growth cycle of most plants and trees. (READ: How an entrepreneur turned a ‘public enemy’ into a money-making resource)

Its rapid proliferation displaces native plants and animals, clog canals, interfere with irrigation, cause flood, and even impede river transportation.

The water hyacinth disaster, these millennials entrepreneurs have discovered, has a silver lining after all.

“HiGi’s solution is to convert water hyacinth into solid biofuel briquettes that can be used for household and commercial cooking, industrial heating, and potentially power generation. The production of briquettes is sustainable and easy to make, as there is abundant supply of the fast-growing plant,” said Yap, the startup’s Chief Executive Officer.

Yap and Kee are both from Malaysia, while Pajotagana is from the Philippines.

“Our lily briquettes are relatively smokeless compared to conventional lump charcoal and can provide heat for over 90 minutes,” Kee said in an interview.

Since its foundation, HiGi has received a number of international awards and recognitions. Their startup is quoted as a “crazily innovative cleantech solution helping farmers in the Philippines” by Casey Hynes from Forbes, and the “renewable energy startup to watch in 2017” by Vikas Agrawal from Tech.Co.

They also won second place in the prestigious GIST Tech-I Competition during the 2016 Global Entrepreneurship Summit held in Silicon Valley.

Some of their collaborators are WWF Philippines, Junior Chamber International (JCI), Laguna Lake Development Authority (LLDA), as well as some local government units. They also partnered up with Korean barbecue restaurants in Manila. Right now, they plan to tie up with popular fast food chains for wider reach and bigger impact.

Kee said HiGi has now reached out to over 3,000 people in furthering their cause. 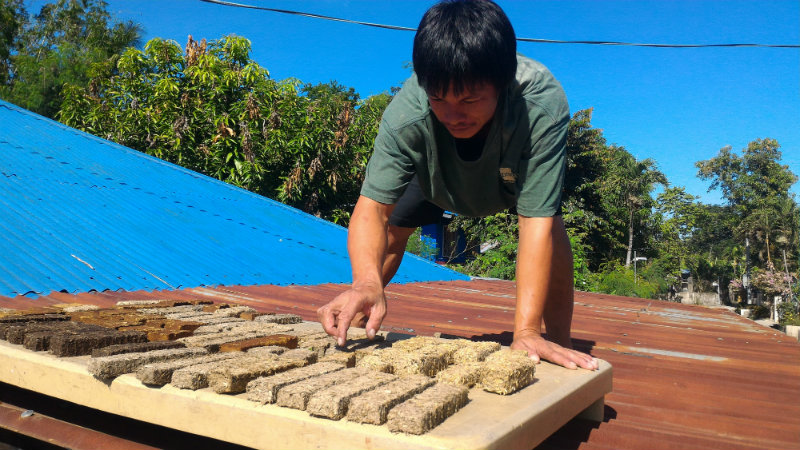 Raising a community of prosumers

HiGi founders believe that prosumer capitalism – where the consumer is also the producer of a product – drives up efficiency, effectiveness and productivity in a given community.

In their business model, they outsource the harvesting of water hyacinth to their suppliers. The people they engage with are usually the ones who make and use the lily briquettes for daily cooking and selling.

“Outsourcing our inbound and outbound logistics to ‘prosumer type’ enterprises.completes the flexibility of our business service to our end customers, while keeping the cashflows healthy without having too much inventories on the shelves of the retailers,” said Pajotagana, the startup’s Chief Financial Officer.

HiGi has helped raise a community of prosumers – one that is equipped and enabled to create their own source of power from materials that can easily be found in nature.

“Our target community benefits the most from the livelihood we created for them, since our daily production of 1.5 tons of briquettes could lift at least 10 people out of poverty,” Kee said.

A just and democratic energy transition

Addressing the climate crisis calls for a rapid transition to green energy. However, this shift should also be able to take into account the rights of workers, the affected community, and the most vulnerable. 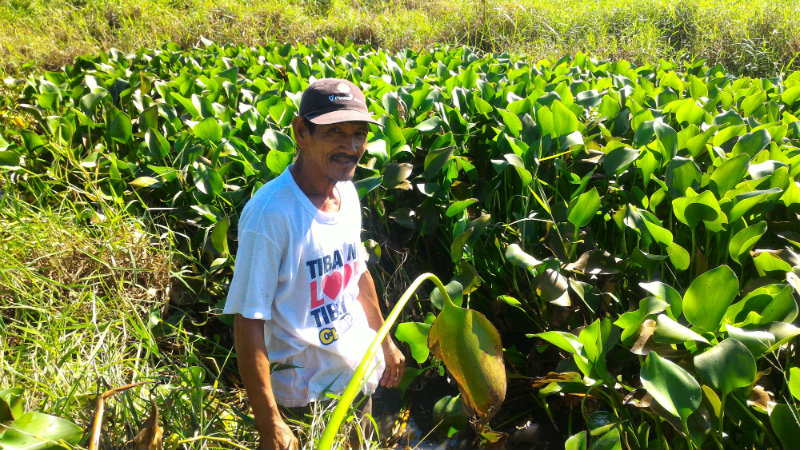 Breaking free from fossil fuels cannot be done overnight. To this date, a lot of poor communities are still dependent on burning coal as their primary source of power.

The National Statistics Office (NSO) revealed that in 2011, of 21 million Filipino households surveyed, 54.2% used fuelwood and 36.4% used charcoal for their energy needs.

These families all have to be well considered as the country moves away from traditional sources of energy.

While admitting that solar, wind, and hydro are still the best options for clean energy, Yap argued that their briquettes can still serve as a stepping stone in the sustainable energy transition; that is, until the technologies that generate clean energy reach full maturity.

“This is how HiGi takes the step in addressing the energy challenge to a certain level of simplicity, and from there, lead the sustainable energy transition in Asia, or at least, here in the Philippines,” said Kee in a statement,

He added that the success of their startup lies on being able to see the big picture without overlooking the important details.

“Despite HiGi being just a small company, we have a clear vision of making a greener and more livable planet, while leaving no one behind,” he said. – Rappler.com