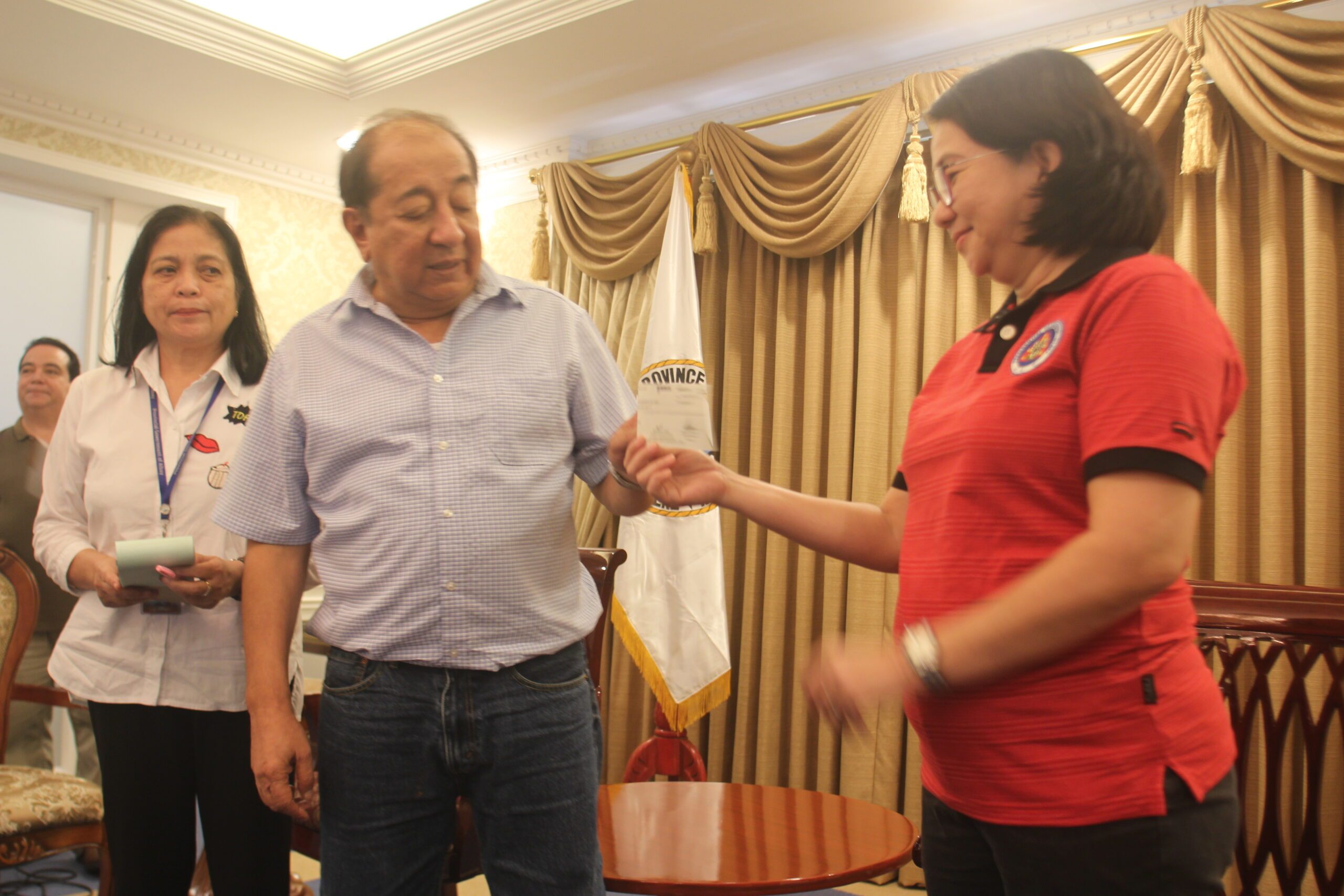 MANILA, Philippines (2nd UPDATE) – Malacañang has turned over P75 million to the Albay provincial government to to help improve sanitation and food supply for evacuees who fled their homes due to the eruption of Mount Mayon.

Duterte himself flew to Legazpi City to attend a briefing on the status of the Mayon Volcano and the thousands of evacuees who were moved out of its 8-kilometer danger zone. (READ: Fearless farmers defy Mayon’s anger)

“So you have 25 (million) initially. Whatever works for the people. Food, sanitation, I said, is very important,” said Duterte after the check was handed to Albay Governor Al Francis Bichara.

Of this, P5 million came from the Philippine Charity Sweepstakes Office, represented in the briefing by board member Sandra Cam. The rest was sourced from the budget of the Office of the President.

The PCSO is also set to give an additional P30 million to Albay.

Duterte said on Monday that Department of Agriculture is ready to give P100 million from its Quick Response Fund.

Duterte assigned Presidential Political Adviser Francis Tolentino, who was born and raised in Albay, to coordinate all national government efforts for Mayon evacuees.

His marching orders was for “all problems” to be solved by the next of next week.

“We will solve all the problems next week. Before the end of next week tapos na iyan (it will be resolved),” he said. Later on in the briefing, he said he wanted the issues solved by “Saturday.”

After the presentation of reports, Duterte expressed concern over the lack of toilets for evacuees.

Bichara had explained how they lack 1,222 toilets.

The current number leads to a ratio of one toilet for 200 evacuees, far from the ideal ratio of 1:50. The lack of toilets could give rise to more illnesses among evacuees, said the governor.

Duterte said he would order the Department of National Defense to find more portable toilets.

“Maybe I will pass this to the Defense Secretary so he can request the AFP (Armed Forces of the Philippines) to transport them as immediately as it is possible, as it’s available,” said the President.

As to concerns that farmers need a source of income while they are unable to access their farmlands, Agriculture Secretary Manny Piñol said that farmers registered under the Registry System for Basic Sectors in Agriculture would get a P5,000 for their food needs.

This loan under the DA’s Survival and Recovery program would come without requiring collateral and without interest, Piñol assured.

After this initial amount, the DA would also be able to provide a P20,000 “recovery loan,” also without collateral or interest, to pay for seeds, fertilizer, and other inputs necessary to help farmers get back to farming.

Piñol said the loans can be released starting “next week.” – With a report from Rhaydz Barcia/Rappler.com