DFA data on Benham Rise ‘can be misleading’ – expert 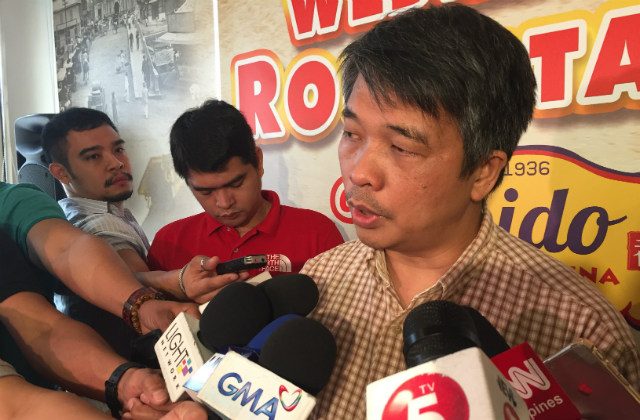 Facebook Twitter Copy URL
Copied
'It can be misleading because it gives you the wrong impression that there are so many researches going on in Benham Rise,' says maritime expert Jay Batongbacal

Batongbacal, director of the University of the Philippines Institute for Maritime Affairs and Law of the Sea, said these data “can be misleading.”

This is because the DFA, in its data released to the media, lumped together the number of MSR requests for Benham Rise and Luzon Strait.

In the Wednesday Roundtable at Lido in Quezon City, Batongbacal said that “lumping Benham Rise together with Luzon Strait” is “not proper” because “these are totally different areas.”

In the same forum, Magdalo Representative Gary Alejano said the Philippines does not “want to go to war with China,” but it needs to always have the national interest in mind.

The DFA earlier said the Philippines approved 13 MSR applications from the United States, 2 from China, 9 from Japan, and 4 from Korea.

The DFA’s figures covered MSR requests for Benham Rise and Luzon Strait from 2000 to January 19, 2018.

Rappler asked the DFA for data on the number of MSR applications separately for Benham Rise and for Luzon Strait. The DFA could not provide this breakdown when we made our request.

The DFA has drawn flak for allowing China to do research in Benham Rise while supposedly rejecting a similar request from a French think tank.

Presidential Spokesperson Harry Roque was also flooded with criticism after saying that Filipinos cannot do research in Benham Rise without China’s help. It was a claim that Batongbacal rejected as a “total sham.” – Rappler.com