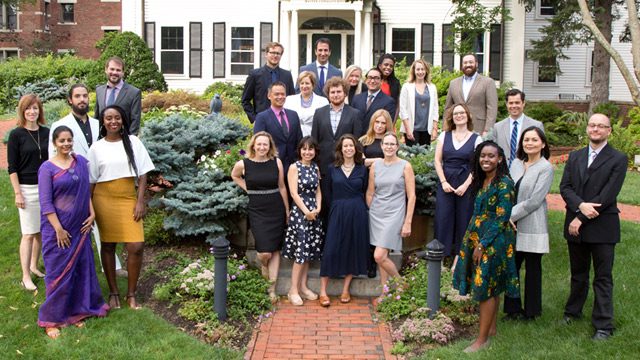 MANILA, Philippines – The 2018 class of fellows at Harvard University’s Nieman Foundation for Journalism recently condemned the decision of the Philippines’ Securities and Exchange Commission (SEC) to revoke Rappler’s license to operate.

“The steps by the Philippine government are a flagrant attempt to curtail media freedoms,” 23 journalists from around the world, members of the Nieman class of 2018, said in a statement.

According to the SEC, Rappler is violating the Constitution because of a clause in its Philippine Depositary Receipt (PDR) contract with Omidyar Network that allegedly gives it control over the company. The Constitution says that media companies should be 100% Filipino-owned.

Rappler has said it is 100% Filipino-owned and that it has not given nor sold control to Omidyar. The media company has questioned the decision before the Court of Appeals.

Rappler managing editor Glenda Gloria is one of the 12 international Nieman Fellows in the class of 2018. At Harvard, Gloria is studying the evolution of journalism and democracy at this time of rapid technological change, and changing relationships between journalists, citizens, and democratic institutions.

In their statement, the 2018 Nieman Fellows said they “all stand with Glenda Gloria and Rappler.”

They described Gloria as “an extraordinary journalist, a visionary, and an outstanding example of journalistic freedom and independence.”

“Rappler has been known to maintain its independence and critical distance even in the face of an open hostility from President Rodrigo Duterte’s administration. Rappler has been at the forefront of documenting Mr Duterte’s campaign of extrajudicial killings of people whom officials label drug users,” the Nieman fellows said.

The fellows then urged the Philippine government and Duterte to “respect media freedoms and independence.”

“We call on the Philippine government and President Duterte to respect media freedoms and independence and to refrain from harassing or making legal threats against Rappler’s journalists and executives. A democracy needs journalists like Glenda Gloria to protect the most fundamental human and civil rights.”