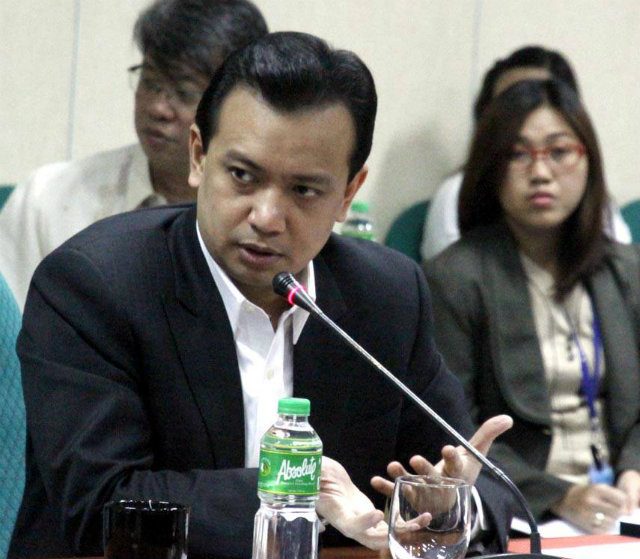 Trillanes filed Senate Resolution No. 602, directing the Senate committee on banks, financial institution, and currencies to probe the alleged violations of the Anti-Money Laundering Act by President Duterte and his daughter Davao Mayor Sara Duterte-Carpio. Senator Francis Escudero is the chairman of the committee.

“It is the state’s policy to protect the integrity and confidentiality of bank accounts, and ensure that the Philippines is not used as a money-laundering site for proceeds of unlawful activities,” the resolution read.

The senator reiterated his allegations that the father and daughter failed to disclose in their Statement of Assets, Liabilities, and Net Worth (SALN) their accounts and deposits under the Bank of the Philippine Islands amounting to at least P100 million.

In his resolution, Trillanes provided the following breakdown:

Trillanes said as the top official of the country and as a mayor of Davao City respectively, President Duterte and Duterte-Carpio are considered “politically exposed persons (PEP)” under the AMLA and its implementing rules and regulations.

The opposition senator also said that Duterte himself told the media that he is open for any investigation by Congress concerning his wealth.

It was Trillanes who first exposed the alleged ill-gotten wealth of Duterte during the 2016 campaign. He has continuously challenged the President to sign bank waivers but the latter has repeatedly refused to do so.

During the campaign, Duterte said he came from a poor family. But the President recently changed his tune, saying his family was rich and that he already had millions of pesos when he was still in school. – Rappler.com