Duterte to consult with Lumad on use of ancestral lands 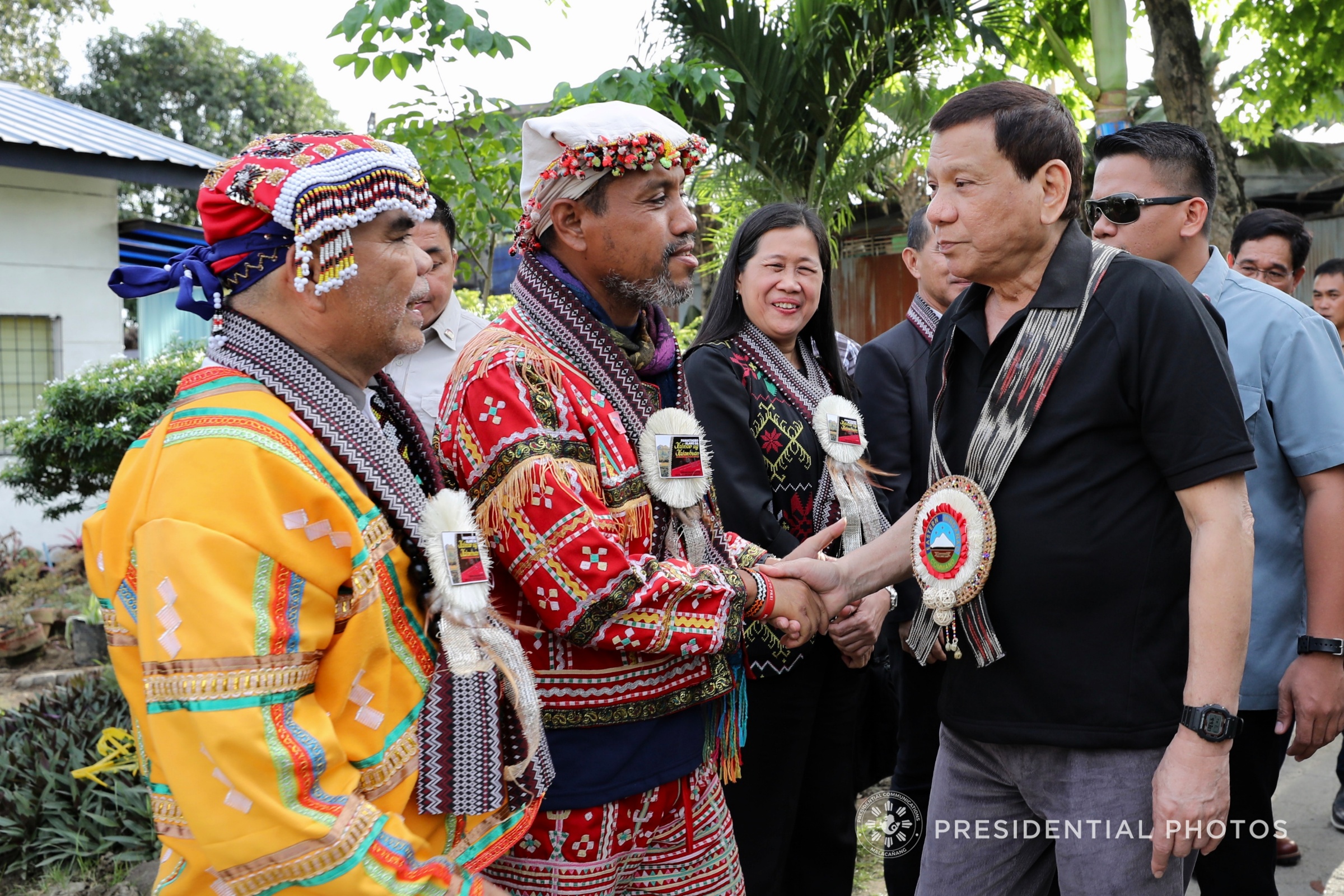 MANILA, Philippines – Malacañang clarified President Rodrigo Duterte’s controversial remarks that he wants indigenous peoples (IPs) in Mindanao to relocate from their ancestral domain and would invite investors to use their land.

Presidential Spokesperson Harry Roque on Monday, February 5, said Duterte would first consult with the Lumad or IPs of Mindanao about the plan and that they are free to refuse it.

“Of course the IPs will be consulted, that’s the provision of the law. They will have to decide if they will allow foreign investors in to begin with,” said Roque in a news conference.

“They can refuse if they don’t want, certainly,” he added.

Roque was referring to the Indigenous Peoples Rights Act of 1997 which recognizes IPs’ rights to their ancestral land. Any use by outsiders of their land, say for mining or for agricultural ventures, must be approved by the IPs.

Roque said Duterte is aware of this law.

“When the President has a suggestion, it means it will take place within the context of the law,” said the spokesman.

Roque also responded to concerns by Igorot leader Vicky Tauli-Corpuz who earlier slammed Duterte’s proposal to relocate IPs as a catalyst for their displacement from lands that rightfully belong to them.

“It is not ethnocide. He is not forcibly removing them from ancestral domains,” said Roque.

Duterte, on February 1, said that ancestral lands of IPs could be put to use if investors were to be allowed to use them. He told Lumad leaders that he could look for possible investors.

He also said IPs are often conscripted to help the communist New People’s Army (NPA). He urged Lumad communities to “disassociate” from communists.

Duterte hinted that the government’s counter-insurgency efforts are linked to his plan to relocate IP communities to temporary shelters. (WATCH: Rappler Talk: The love-hate relationship between Duterte and the Lumad) – Rappler.com