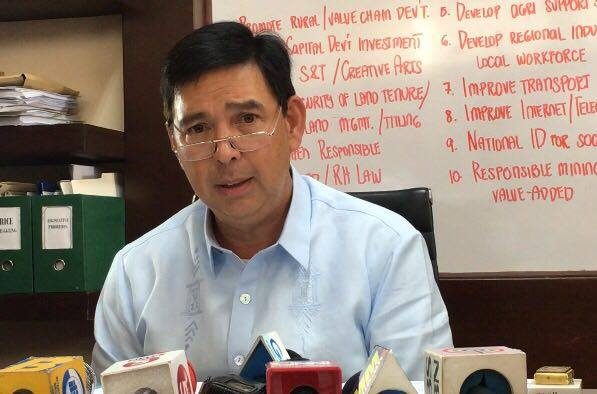 In a statement on Monday, February 5, Recto said that the budget should be used to launch an information drive that would spread awareness regarding vaccines so that public confidence in government healthcare programs would not erode. (READ: Dengvaxia safety trial unfinished when vaccination program launched – Duque)

“Whether we like it or not, one side effect of this Dengvaxia controversy is that people are asking if the vaccines to be bought using taxpayers’ money are safe,” he said.

Recto noted that the Dengvaxia issue could trigger a “vaccine backlash” that could possibly put millions of children, seniors, and women at risk. The information drive could “calm unfounded concerns that immunization causes harm,” he said on Monday. (READ: Duque: Dengvaxia controversy ‘tainted credibility’ of DOH)

“I know that they ought to be, but the DOH must still go out of its way to assure the public that vaccines meet the highest standards,” he added.

DOH earlier said that more parents are refusing to avail of government’s vaccination programs following the Dengvaxia controversy. The annual vaccination rate target is around 85% but only 60% of Filipino children are getting their scheduled vaccines.

Recto said that “misconceptions around vaccination should be addressed with the truth.”

The UP-PGH team earlier revealed that 3 of the 14 children who died after receiving the vaccine had dengue after immunization.

The probe on the controversy is still ongoing.