Facebook Twitter Copy URL
Copied
The 'Women for Progress' movement continues to tend the communal garden amid Mount Mayon's eruption, generating income and providing fresh vegetables for some of the 19,520 families housed in various evacuation camps in Albay

Melinda and Cyril are former Mayon evacuees. They used to be residents of Barangay Maipon in Guinobatan before being relocated to the Kenney Village resettlement area.

Kenney Village is named after former US Ambassador to the Philippines Kristie Kenney,  who helped build the community during a Philippines-US Balikatan humanitarian mission.

“This is the second time that we harvested fresh vegetables from the communal farm right after Typhoon Urduja. We were organized last year by Congressman Fernando Gonzalez….He has given us a variety of vegetable seedlings to help us augment our resources,” Oropesa said. Oropesa, along with the members of the “women for progress” organization “Taranuman sa Barangay (planting communal gardens in villages)” planted a variety of vegetables in a parcel of land at the far side of the village. They planted eggplants, string beans, pechay, okra, tomatoes, and taro, among other crops.

Janet Natuel, 36, president of the group, said there are 750 families in the village,  former residents of Tandarora, Maipon, Iraya, and San Francisco.

“We were organized to support food sustainability program in the countryside, specifically that (because) we’re hit annually by natural calamities. We’re planting cash crops that could be harvested in less than a month so we can easily generate extra income while the heads of the family are working for the rehabilitation process after the disaster,” Natuel said.

Natuel added a treasurer helps handle the money, which is used for other income-generating opportunities.

Among the 3 districts in Albay province, evacuees from the third district have been receiving fresh vegetables, agricultural crops, fresh fish, and meat aside from the usual canned goods, noodles, and rice ration given to Mayon evacuees.

Across the 3rd congressional district, there are 80 women for progress organizations with about 30 members each – around 2,400 women planting in the barangay communal garden.

Gonzalez said that the communal garden project is a success, generating money for the mothers aside from providing them with a space for backyard gardening for personal consumption. 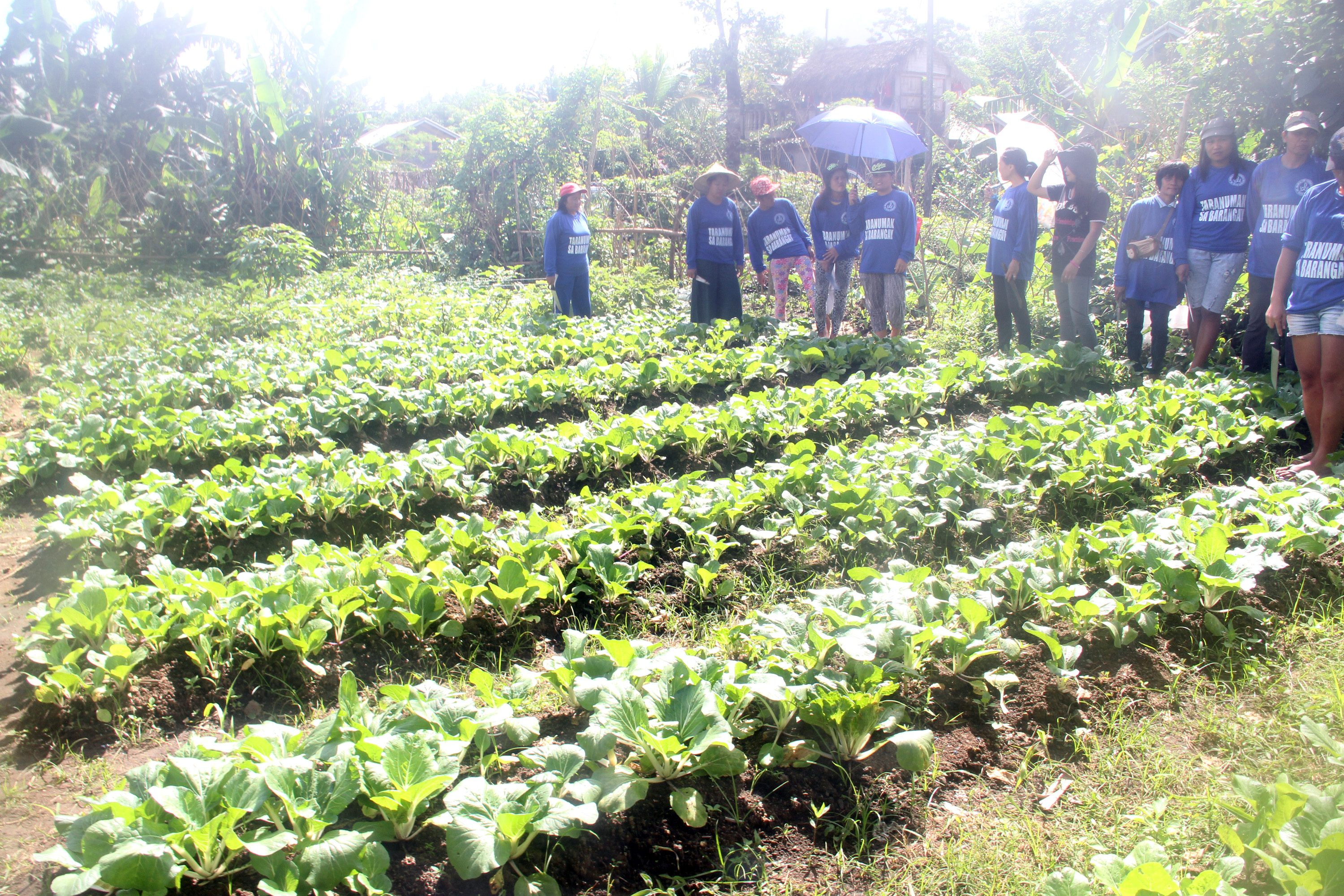 Agricultural products harvested in communal gardens across the 3rd district of Albay province are sold in that market.

Today, members of the movement continue to plant amid Mayon volcano’s continued eruption, generating income and providing fresh vegetables for some of the 19,520 families housed in various evacuation camps here. – Rappler.com