Feb 6, 2018 2:09 PM PHT
Michael Bueza
Facebook Twitter Copy URL
Copied
The DILG and the Comelec emphasize the need to elect barangay and SK leaders who are 'matino, mahusay, at maaasahan' 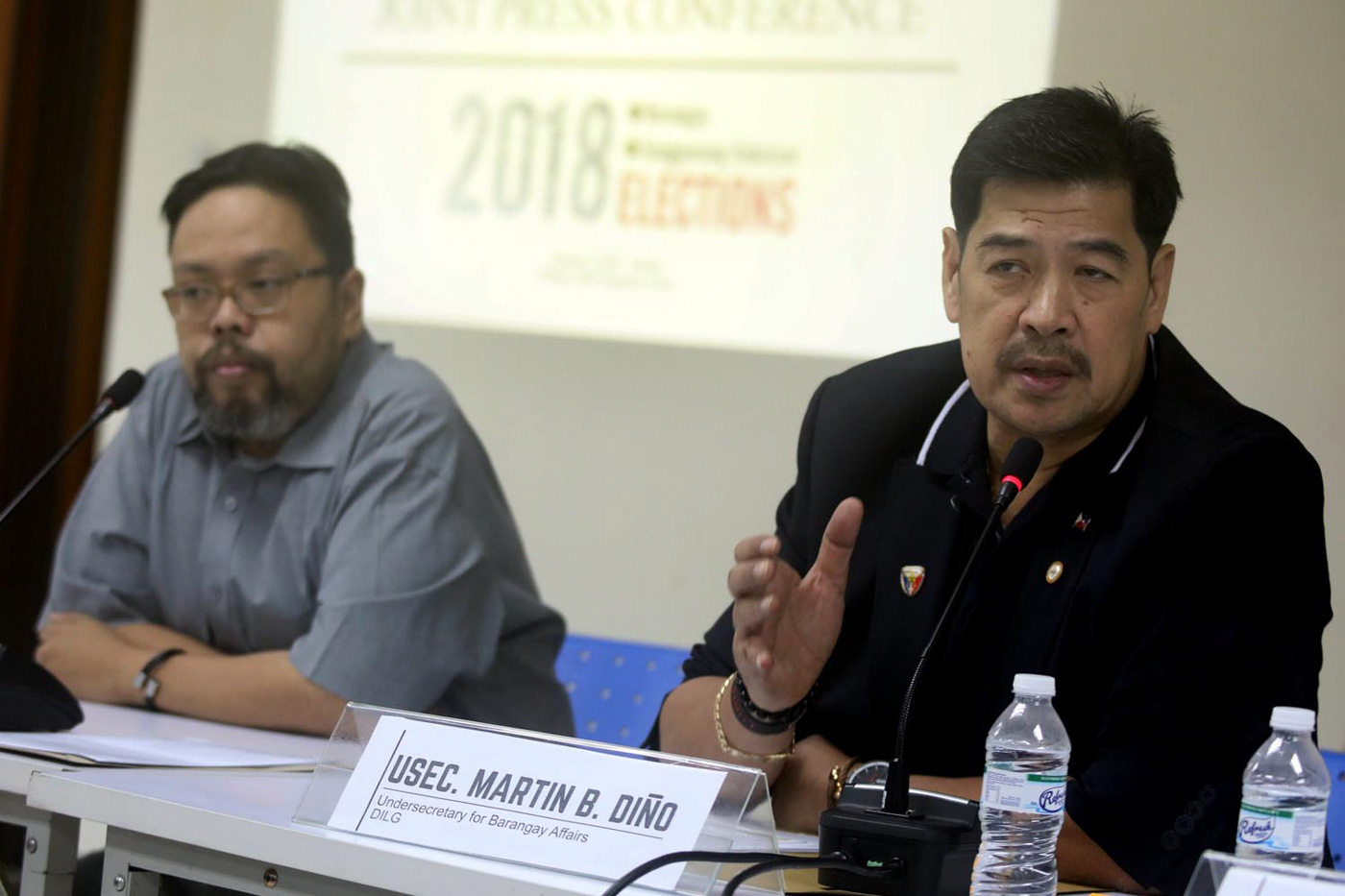 MANILA, Philippines – After two postponements, the barangay and Sangguniang Kabataan (SK) elections will push through on Monday, May 14, this year.

In a press conference on Tuesday, February 6, the DILG and the Commission on Elections (Comelec) emphasized the need to elect village officials who are matino, mahusay, at maasahan (decent, excellent, and reliable).

These traits serve as a guide to choose the right leaders, said Diño.

Barangays are in the front lines not only in providing basic services, but also in fighting illegal drugs, corruption, and criminality, he added.

Diño then reminded voters not to engage in vote buying.

For his part, Comelec spokesperson James Jimenez said that despite 3 vacancies in the 7-member poll body, majority of the preparations for the village polls have already been done.

“Only the implementation part is left…. We do not think the elections will be delayed because of that, just to get that clear,” Jimenez said in a mix of English and Filipino.

Jimenez presented the election calendar and mentioned the list of election-related bans in the lead-up to the polls and on election day.

The filing of certificates of candidacy will be from April 14 to 20, while the campaign period will be from May 4 to 12.

During the election period, the following are prohibited, along with the gun ban:

The following are additional bans during the campaign period:

The last 4 items are also banned on the eve of the election and on election day.

From April 14 until election day, vote-buying and vote-selling are strictly not allowed, as well as fund-raising through activities like dances, lotteries, and cockfights.

Meanwhile, from April 14 until the proclamation of winning candidates, it is prohibited to wager or bet on the results of the elections.

From May 4 to 13, there are bans on the construction or maintenance of barangay-funded roads, and the appointment, hiring or promotion of government employees.

The liquor ban will be implemented from May 13 to 14.

On election day, May 14, polling precincts will be open from 7 am to 3 pm. This will be a manual election.

On election day itself, these acts are also prohibited:

Finally, the unsanctioned release of prisoners is not allowed from March 15 to June 13.

After the polls, winning and losing candidates must file their Statements of Contributions and Expenditures (SOCE) by June 13. – Rappler.com