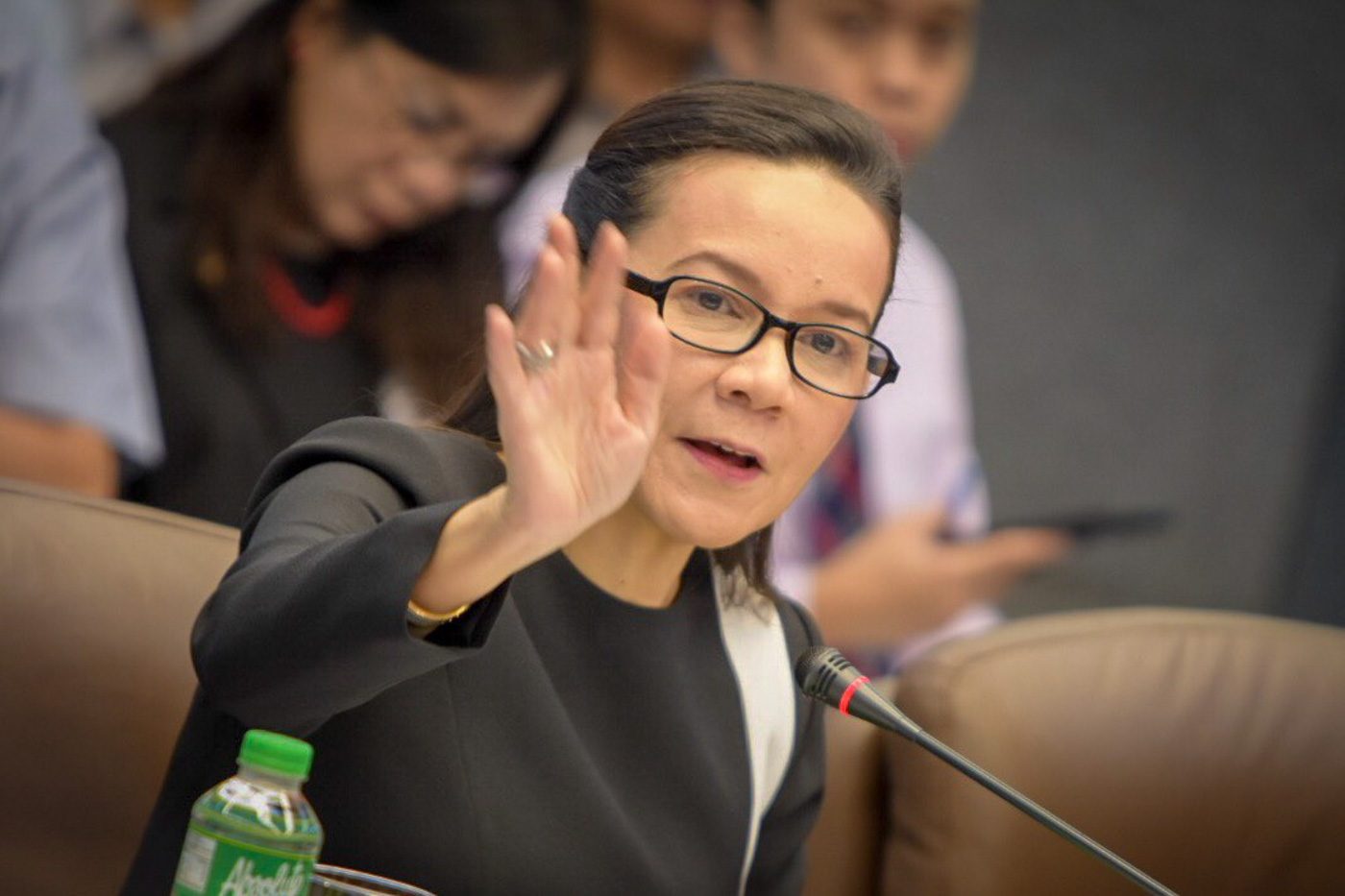 Facebook Twitter Copy URL
Copied
For Senator Grace Poe, it's 'like saying that a homeowner may soon be thankful to a gang of fully armed men who unlawfully intruded his place'

Poe said in a statement, “The West Philippine Sea will freeze over first before China will even begin toying with the idea of giving us back those islands.”

“Thus, Secretary Roque’s wishful thinking is like saying that a homeowner may soon be thankful to a gang of fully armed men who unlawfully intruded his place for some time and made it their safe house, which in effect prevented other criminals from ransacking the same,” Poe said.

“And this comes with false hopes that the gang members will decide to give the house back, if they have not yet transferred the title under their name,” the senator added.

Poe made this statement a day after Roque said in an interview, “Clearly, eventually, those artificial islands will be ours if we can ask China to leave.”

The West Philippine Sea dispute heated up this week after the Philippine Daily Inquirer published close-up aerial photos of China’s militarization of its artificial islands in the disputed waters.

In a press conference on Thursday, however, Roque stressed that the Philippines is “asserting an independent foreign policy.”

“We are not giving out territory, we are protecting our sovereign rights, and at the same time, we are doing the best that we can, given our state of preparedness. So the difference is, we are not willing to be used by other states that want to challenge the dominance, alleged dominance of China, in the region, because we have ceased to be a lackey of any other state,” he said.

“We stand on our own,” Roque added, days after conceding that the Philippines is helpless against China’s island building.

Roque said on Monday, February 5, “If the Aquino administration was not able to do anything about these artificial islands, what do they want us to do?” – Rappler.com