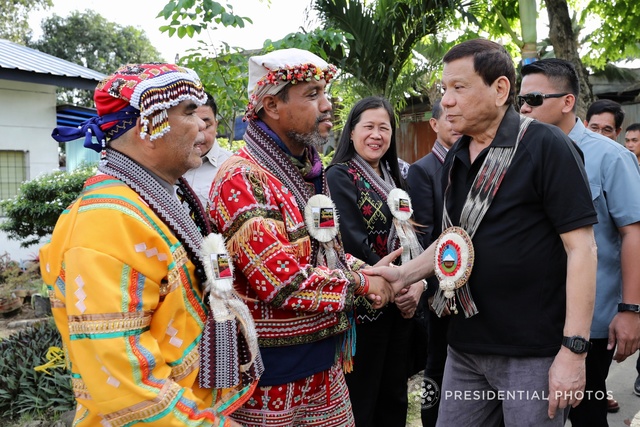 DAVAO CITY, Philippines – Tribal leaders here have warned the New People’s Army (NPA) in Mindanao that if guerilla fighters continue to take lives, they are likely to fight back.

Datu Roel Arthur Ali, chairman of the Supreme Tribal Council for Peace and Development (STCPD), said Lumad leaders are clamoring for a pangayaw – a local term for tribal war.

The Mamapundags were allegedly “shot to death” by Tagalog-speaking NPA members, according to a military report.

Following their death, Daut Sibugan Lumansad, chairman of Talaingod’s council of elders, said they would be retaliating against the NPAs by carrying out a pangayaw.

At least 12 suspects have been named in the killing of the father and son, according to Police Regional Office 11 spokesperson Chief Inspector Andrea dela Cerna.

Police would want the case handled in courts, and also appealed the United Nations to probe the death of the two. “We will be calling the attention of the UN to look into this matter,” Dela Cerna told a press conference on Wednesday.

The killings took place only days after President Rodrigo Duterte met one of the victims, including the leaders under the STPCD in Davao City.

During the gathering, the President told the leaders to prepare to relocate from their communities to temporary shelters.

The concept of pangayaw is not a term that has been used against the NPAs alone. In previous instances, the communist rebels have explained such is “a legitimate form of resistance” especially when it comes to ancestral lands being exposed to multi-national investments.

Created in 1991, the town of Talaingod witnessed a pangayaw, when some of its leaders fought against plywood manufacturer Alcantara and Sons which was backed by its first mayor Jose Libayao.

Libayao was later executed by the NPAs in 2001. – Rappler.com