Duterte: If I won’t be a dictator, nothing will happen to PH 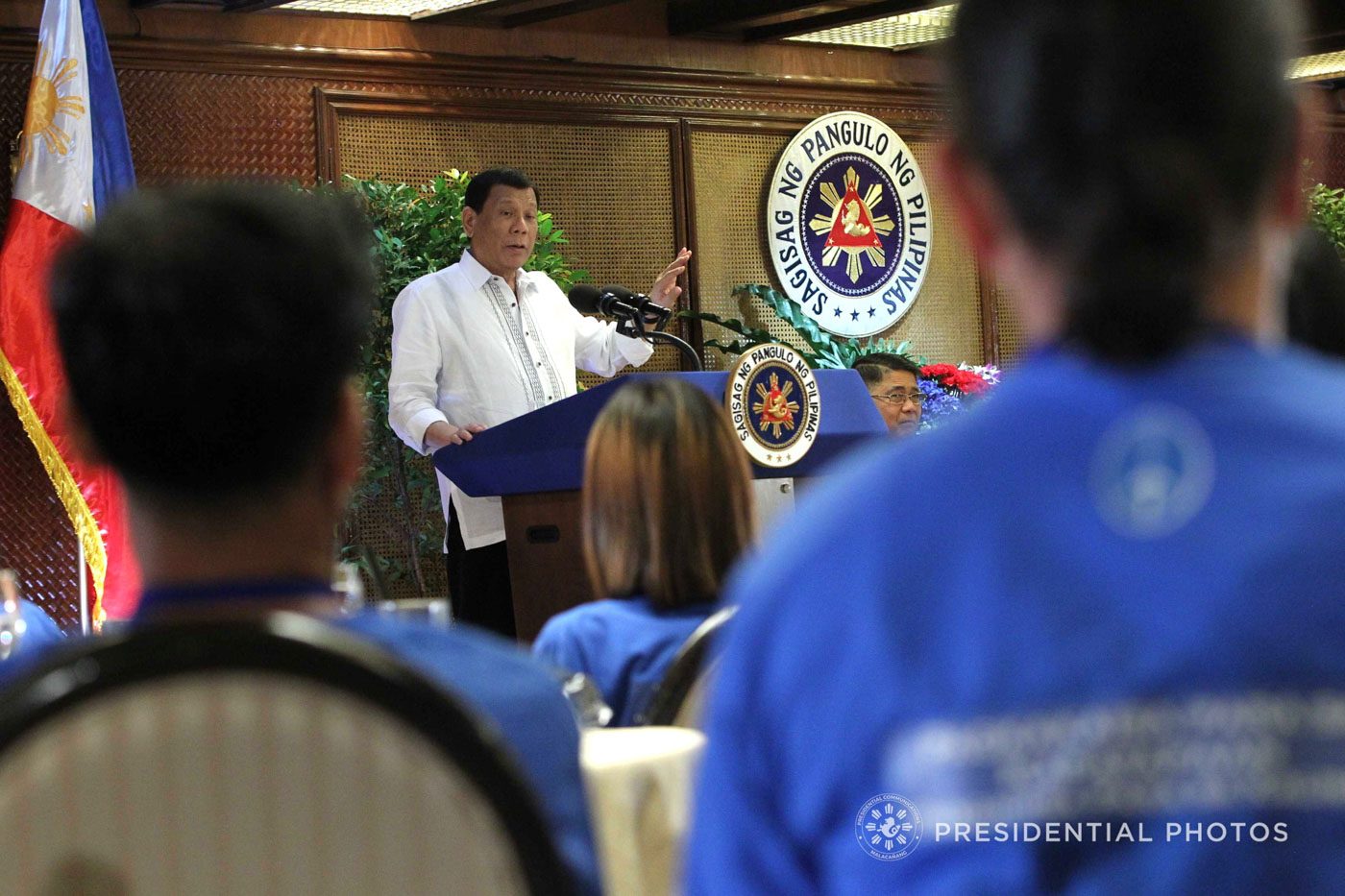 MANILA, Philippines – President Rodrigo Duterte said he needs to be a dictator in order to effect change in the country.

Duterte made the statement on Wednesday, February 7, during a gathering with over 200 former communist rebels in Malacañang.

“Muingon mo’g diktador, diktador gyud ko. Kay og di ko mag-diktador, putang ina, walang mangyayari sa bayan na ‘to (You say I’m a dictator, I really am. Because if I will not be a dictator, son of a bitch, nothing will happen to this country),” he said.

Duterte was reacting to how Leftists labeled him as a fascist and a puppet of the United States.

The Philippine leader had repeatedly said that he would not be a dictator, just a hardliner on crime, particularly on drug trafficking.

“I will not become a dictator. I will just ask everybody to follow the law. But then, I’ll be strict and harsh,” he said back when he was still a presidential candidate.

He had also said in past speeches that becoming a dictator would dishonor his mother, the late Soledad Roa Duterte, a prominent activist against the martial law regime of dictator Ferdinand Marcos.

Duterte has not shied from admitting his admiration for Marcos, who he described several times as the best president  the country has ever had, if not for his dictatorship.

Duterte had also previously said he would not declare martial law as he would not “need it.” But 11 months after winning the presidency, he declared martial law in Mindanao in response to the siege of Marawi by local terrorists.

The President had asked Congress twice to extend martial law in Mindanao, and both requests were granted. The Supreme Court affirmed the constitutionality of the extensions. – Rappler.com