LOOK: Remains of OFW found in freezer in Kuwait arrive in PH 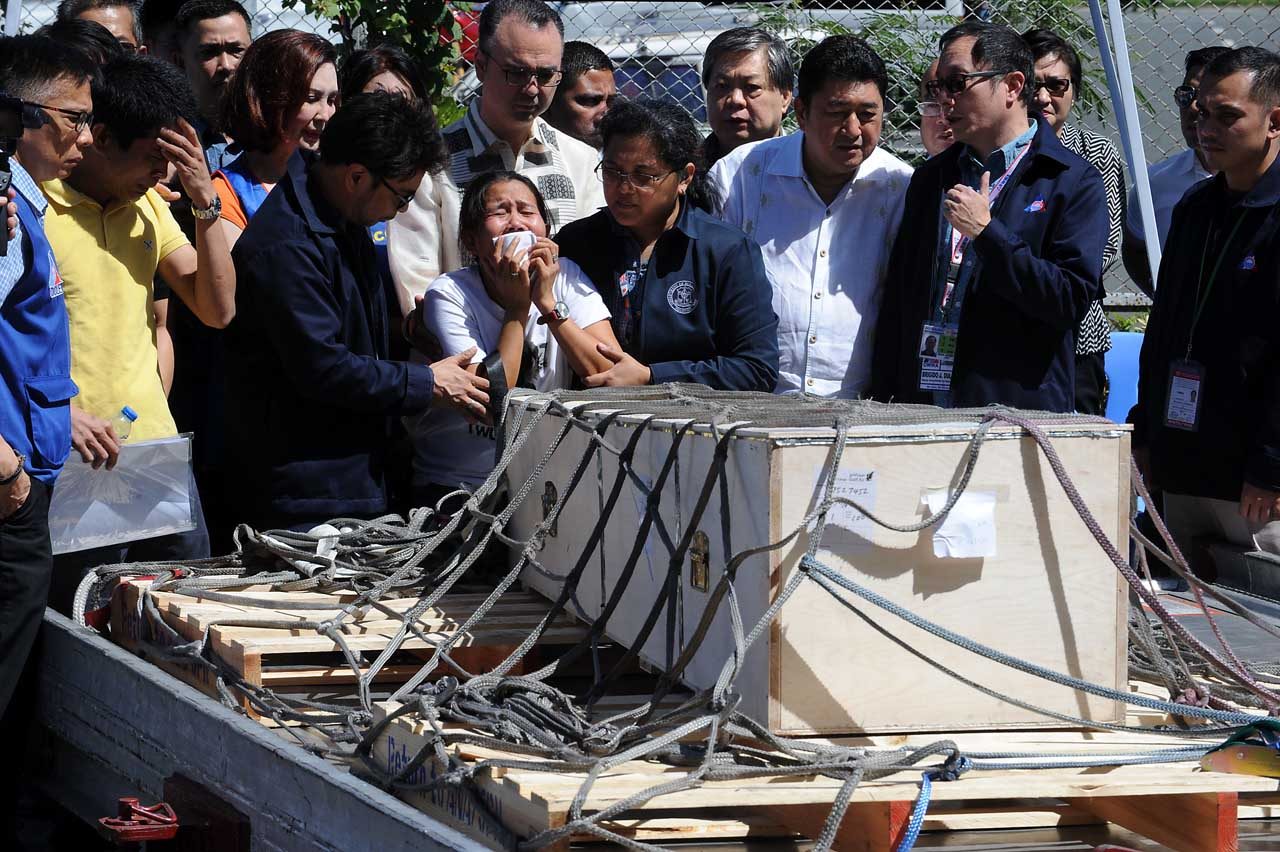 MANILA, Philippines (UPDATED) – The remains of overseas Filipino worker (OFW) Joanna Daniella Demafelis, whose corpse was found in a freezer in Kuwait, arrived in the country on Friday morning, February 16.

Jessica Demafelis, Joanna’s sister, broke down upon seeing the crate bearing her sister’s remains at the cargo terminal of the Ninoy Aquino International Airport. Joanna’s corpse was found stored in a freezer in an apartment in Kuwait, reportedly kept there for a year until its discovery.

The Demafelis family is demanding justice for Joanna, who left home to help fend for her family.

(I hope they find those who killed my sister. She’s a big loss to [our family] because of her dreams for us. She always told our mother that the reason she left was because she wanted to help our parents and our youngest sibling.)

Cayetano told reporters at the NAIA that the Kuwaiti government is “outraged” and pledged to do everything to resolve Joanna’s case.

He added that if it would be any consolation to the family, Joanna would be the Philippine government’s “rallying point” in seeking better conditions for Filipino workers in the Middle East.

“I spoke to the Kuwaiti Ambassador yesterday and they said that their government is outraged. They will do everything to bring the accused to justice and her death will also be a rallying point for all government agencies to be more aggressive abroad,” said Cayetano in a mix of English and Filipino.

Joanna’s employers, a Lebanese man and his Syrian wife, disappeared in 2016.

Asked about relations between the Philippines and Kuwait, following the Philippines’ imposition of a total deployment ban to the Arab nation, Cayetano said, “We’re going through a rocky period with our relationship but I think there’s going to be some firm commitment and resolutions.”

Labor Secretary Silvestre Bello III said the decision helped fast-track the signing of the agreement on additional protection for OFWs in the Gulf country, and that the Kuwaiti government was now willing to renegotiate the terms of protection. – Rappler.com