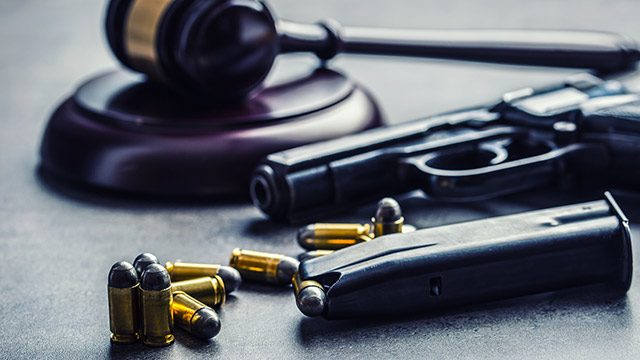 MANILA, Philippines – Lawyer Argel Joseph Cabatbat filed an attempted murder and illegal possession of firearms complaint against doctor Mark Dennis Menguita over a failed attempt on his life on Tuesday, February 13, saying the doctor is the mastermind.

Cabatbat filed the complaint against Menguita before the Quezon City Prosecutor’s Office on Thursday, February 15, according to the investigation data form obtained by Rappler.

Cabatbat said in earlier interviews that a doctor was behind the ambush.

Menguita was not at the crime scene on early February 13, when Cabatbat and a companion shot and killed their attackers onboard two motorycles.

Cabatbat’s Montero was fired at by the assailants, but the lawyer and his friend ‘Jon-Jon’ were able to retaliate, shooting and killing suspect Mark Ayeras, who turned out to be a policeman on leave.

Another suspect identified as John Paul Napoles was injured after Cabatbat’s vehicle rammed into his motorycle. Napoles is confined at the East Avenue Medical Center.

The Quezon City Police Police District (QCPD) has filed a separate complaint against Napoles for attempted murder and illegal possession of firearms. A third suspect is being hunted down.

QC police said P01 Ayeras has been AWOL since August 2017. He was working to be reinstated at the time of his death.

QC Police Chief Guillermo Eleazar did not discount the possibility that Ayeras may have been part of a gun-for-hire group, though he clarified the cop had no record of misconduct.

Menguita, who was identified in the data form to be working for the Dr Pingoy Medical Center in Koronadal, has ties to Cabatbat.

Cabatbat handled the case for the revocation of Menguita’s license, said Frias.

In September 2016, Menguita’s medical license was revoked by the Professional Regulation Commission (PRC) Board of Medicine for immoral and/or dishonorable conduct. The offense stemmed from a case of bigamy against Menguita.