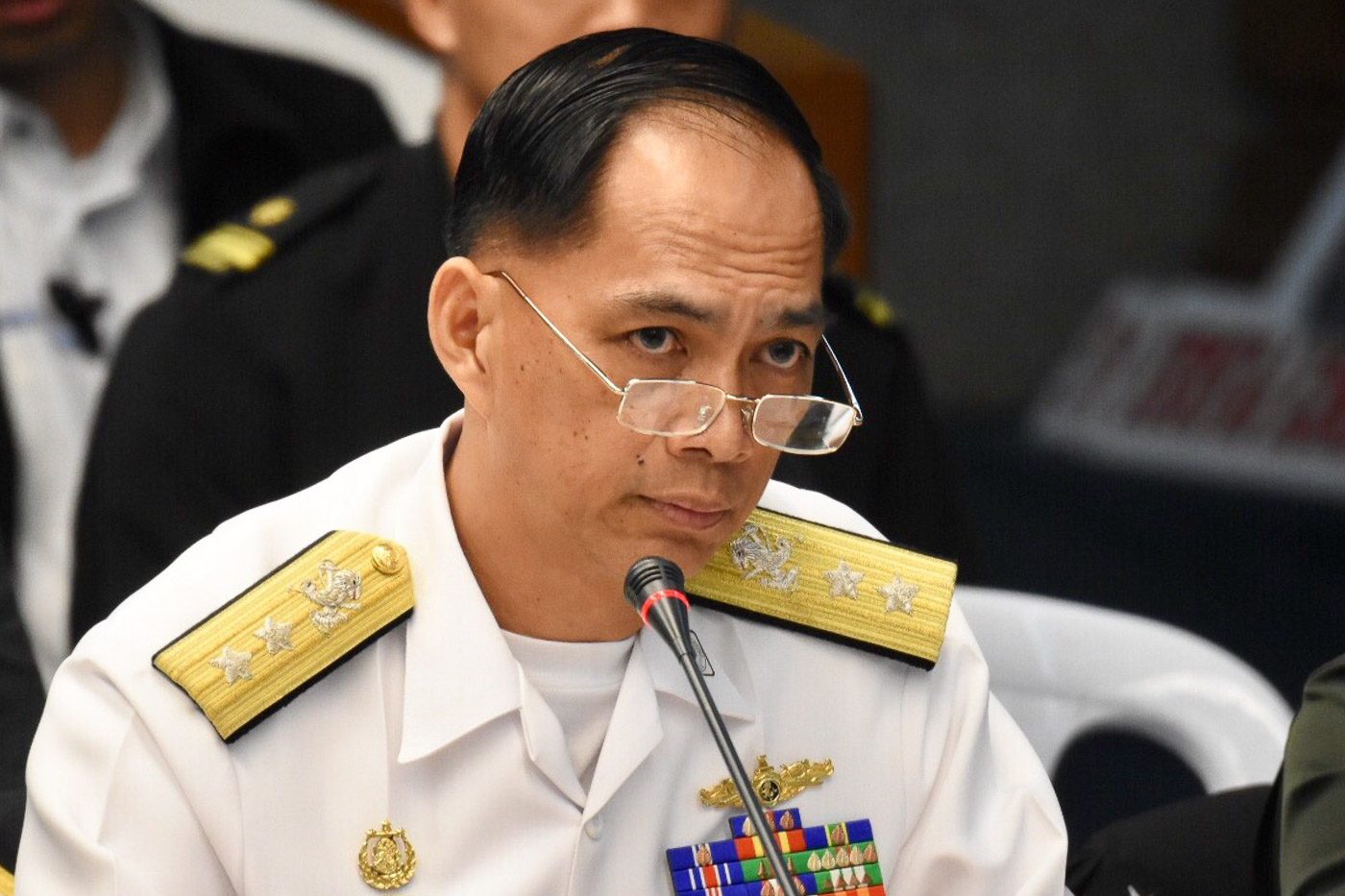 Facebook Twitter Copy URL
Copied
'I'm still preferring Tacticos. However, the contract says it is the supplier (HHI) that will have sole decision on what system to put in our frigate,' says Philippine Navy Vice Admiral Robert Empedrad

MANILA, Philippines – Philippine Navy Vice Admiral Robert Empedrad said he still prefers Tacticos Thales of the Netherlands to the current Hanwha Systems, to be the supplier of the Combat Management System (CMS) for Philippine warships.

Empedrad said this on Monday, February 19, during the Senate investigation into the P15.7-billion frigates deal.

Empedrad earlier stood by the Navy’s position that Tacticos Thales be the supplier of the CMS, a computer system likened to the heart of warships, but eventually changed tune to favor Hanwha.

Asked by Senator Panfilo Lacson about the shift in stance, Empedrad said he had no choice because the agreement with contractor Heavy Hyundai Industries (HHI) states that HHI has the final say on the systems to be used.

“I’m not pushing for Hanwha. I’m still preferring Tacticos. However, the contract says it is the supplier (HHI) that will have sole decision on what system to put in our frigate,” Empedrad said.

Lacson then pointed out that the specific provision was inserted in the contract after the Technical Working Group (TWG) workshop, thereby putting the Philippine Navy’s needs at a disadvantage.

Empedrad denied this. Lacson then ordered the Navy to produce a copy of the TWG workshop held on September 26 to 30, 2017 so he could check if the questionable provision was already there or was inserted in the contract agreement.

In his opening speech, Lacson said he did his own investigation, adding that “it was easy to conclude that something went wrong with an otherwise noble endeavor to modernize our Navy fleet.” (READ: Bong Go says his office ‘endorsed’ frigate supplier’s complaint to DND)

Senate national defense and security committee chairman Gregorio Honasan and Senator Joseph Victor Ejercito said the CMS should be dictated by the Navy as they are the user.

Honasan also pointed out the lack of due diligence that could have prevented the issue.

“This is precisely what we want to avoid. We are on national television, nanonood pati ang ating Navy personnel (even our Navy personnel are watching now), and we believe our weapon system should be end-user driven. Ang dating nito sa mga sailors natin is gusto ni FOIC (flag officer in command) ‘yung Thales pero dahil nasa kontrata na ang Hanwha [hindi na] (The impression you’re making on our sailors is that FOIC wanted Thales, but since Hanwha was already in the contract, Thales could no longer be chosen),” Honasan said.

“Babalik tayo sa issue ng due diligence (we’ll go back to the issue of due diligence)…. I just want to call your attention to that,” he added.

During the bidding, HHI gave the Navy two options for its CMS – Tacticos Thales or Hanwha. The contract indicates that the prices are already final.

Mercado said HHI suddenly wanted the Navy to pay more if it wants to get Tacticos, as its price increased by $7 million. (READ: Ousted Navy chief denies favoring supplier in frigates deal)

The Navy has been pushing for Tacticos, citing its proven technology, as it is being used by 23 foreign countries in over 172 ships.

In comparison, Hanwha’s CMS is currently used only by the Korean Navy but it has an ongoing contract with the Royal Malaysian Navy.

Tacticos’ CMS is compatible with Tactical Data Link (TDL) 16, a connection standard adopted by the Philippine military for its frigates, fighters, and long-range patrol aircraft. Hanwha, meanwhile, is still working to make its CMS compatible with TDL 16 by 2019. – Rappler.com