Feb 20, 2018 3:54 PM PHT
Bea Cupin
Facebook Twitter Copy URL
Copied
The concerns of OFWs are among the things lawmakers are taking into consideration in drafting versions of the proposed divorce law 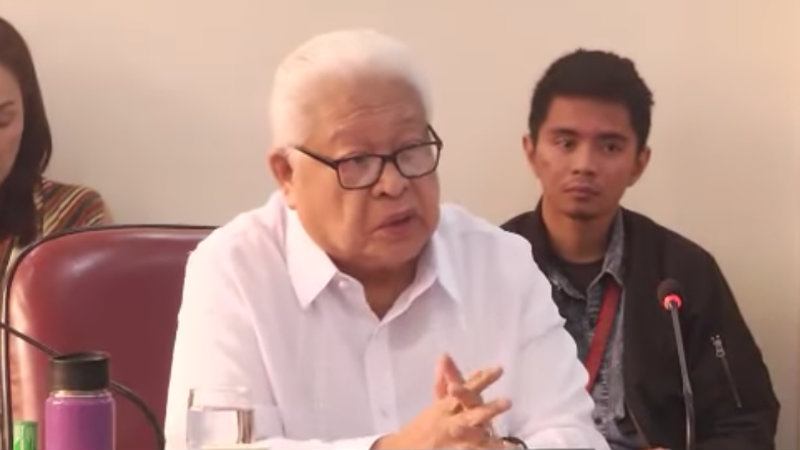 MANILA, Philippine – Under a proposed divorce law being tackled before a House committee, Overseas Filipino Workers (OFWs) seeking to end their marriages will be given priority over other applicants.

Albay 1st District Representative Edcel Lagman, who heads the technical working group (TWG) that consolidated several divorce bills filed before the House, said on Tuesday, February 20, that in the latest version of the measure, courts will give OFWs “preference” in the scheduling of hearings.

They will also be allowed to present evidence depending on their availability, providing it does not go beyond two successive days.

Lagman, who was also a champion of the controversial reproductive health law, said the proposed law is a “pro-woman legislation” that would make it easier for abused spouses to walk away from an “oppressive situation.”

The TWG is set to present their version of the bill for approval of the House committee on February 21, Wednesday.

The grounds for divorce – at least in the version to far, include existing grounds in the country’s annulment law, de factor separation for at least 5 years, irreconcilable differences, a marriage that is “beyond repair,” legal separation for two or more years, sexual reassignment surgery, and bigamy.

Lagman had earlier expressed confidence that the divorce bill would be much easier to enact than the Reproductive Health bill a few years back.

The concerns of OFWs were among things lawmakers took into consideration in drafting versions of the divorce law. The committee went around various countries with high population of OFWs to conduct consultations and meetings.

Lagman emphasized that although divorce gives couples an easier and faster means to end their marriage, their proposed bill still “empahsizes the concern of the state that as much as possible, marriages should be preserved.”

There’s a mandatory 6-month “cooling off period” upon the filing of the divorce during which the court will “actively intervene in attempting to reconcile the parties.” In instances of domestic violence, or when the life and safety of a spouse or a child is in danger, however, this “cooling off period” is waived.

Lagman refused to call the measure “dissolution of marriage” instead of divorce, as advocated by House Speaker Pantaleon Alvarez.

“Let us call a spade, a spade,” said Lagman.

Lawmakers want divorce to be a cheaper and faster means to end a marraige. As it stands, the Philippines only allows annulment which can cost at least P250,000. – Rappler.com