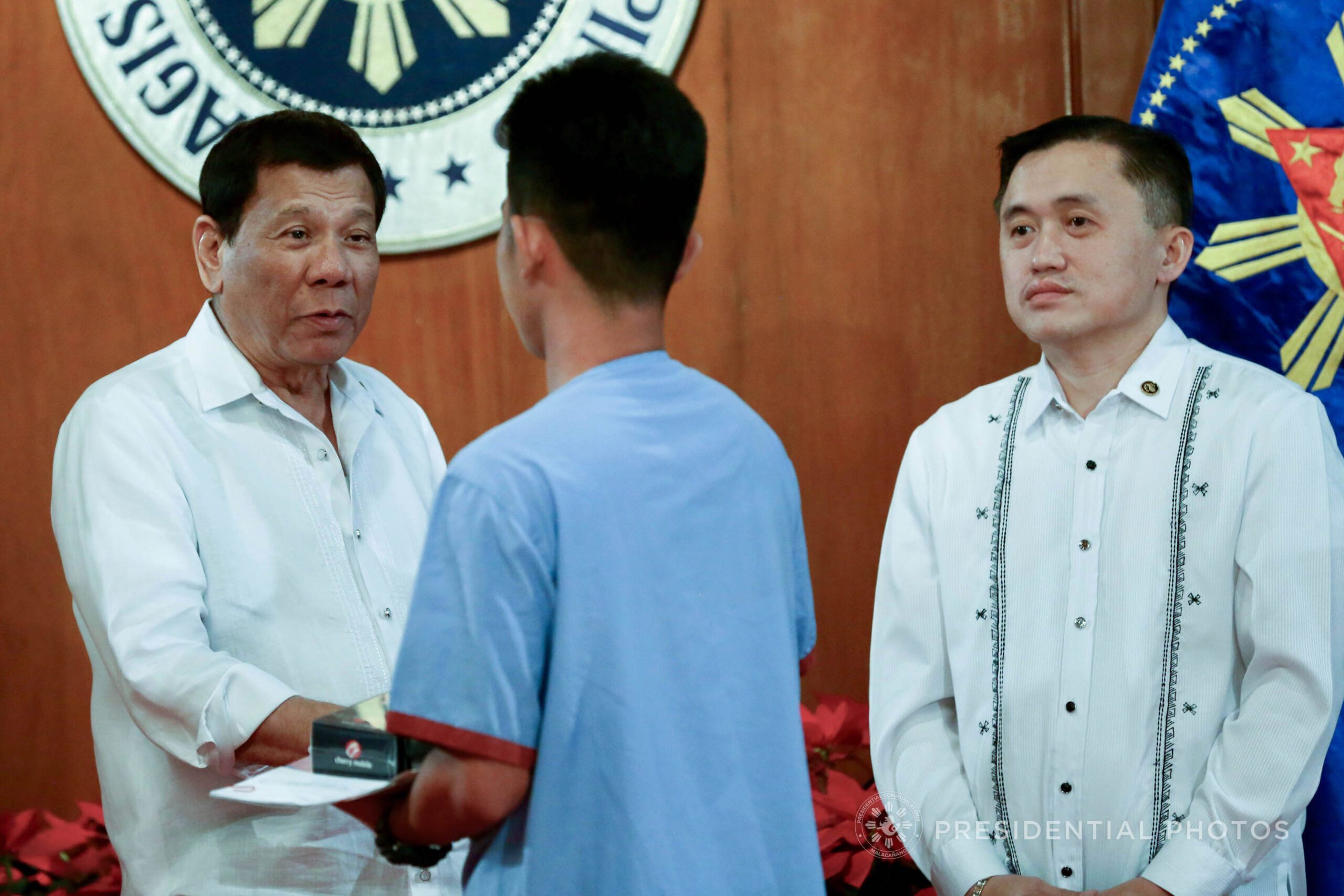 “I’m very worried about the gradual destruction of the democratic institutions in our country, and this is it – a creeping dictatorship,” said Senator Antonio Trillanes IV in a statement Tuesday, February 20.

Trillanes urged journalists to protest against this move, even if it means a boycott of Malacañang press briefings.

“If you allow it to be done to Pia Ranada, it can be done to anybody,” Trillanes said in a mix of English and Filipino.

It was Duterte himself who ordered the head of Malacañang’s Internal House Affairs Office to ensure that Ranada cannot enter Malacañang.

In a statement, Rappler described the move as “another instance of power attempting to intimidate independent journalists.” It praised Ranada for her courage in “asking the tough questions that demand clear answers.” (READ: Rappler to Malacañang: Don’t use power to obstruct)

Duterte’s order came hours after Go, the special assistant to the President, faced a Senate hearing over a controversial frigate deal, which was exposed by both Inquirer and Rappler. Rappler reported that Go intervened in this P15.5-billion project to acquire Philippine warships.

This will be the case unless Rappler secures a temporary restraining order against a Securities and Exchange Commission (SEC) ruling to revoke its license, said Senior Deputy Executive Secretary Menardo Guevarra.

Like Trillanes, other lawmakers criticized this move by Malacañang.

Senator Grace Poe said she wants to know if there is a “legal reason” for Malacañang to bar Ranada from its premises.

Can Malacañang, she asked, “use the technicality” that the Securities and Exchange Commission revoked Rappler’s license?

“But of course it sends a chilling effect,” Poe said. “It might send the wrong message to our countrymen that there are certain freedoms that might be compromised, but I wouldn’t speak that soon. We need to find out again the reason behind it.”

“Enough of bullying those who disagree with the administration,” Aquino said.

Liberal party president Senator Francis Pangilinan said, “This Malacanang action recalls the dark memories of Martial Law when media was silenced and freedom of the press was curtailed.” – Rappler.com