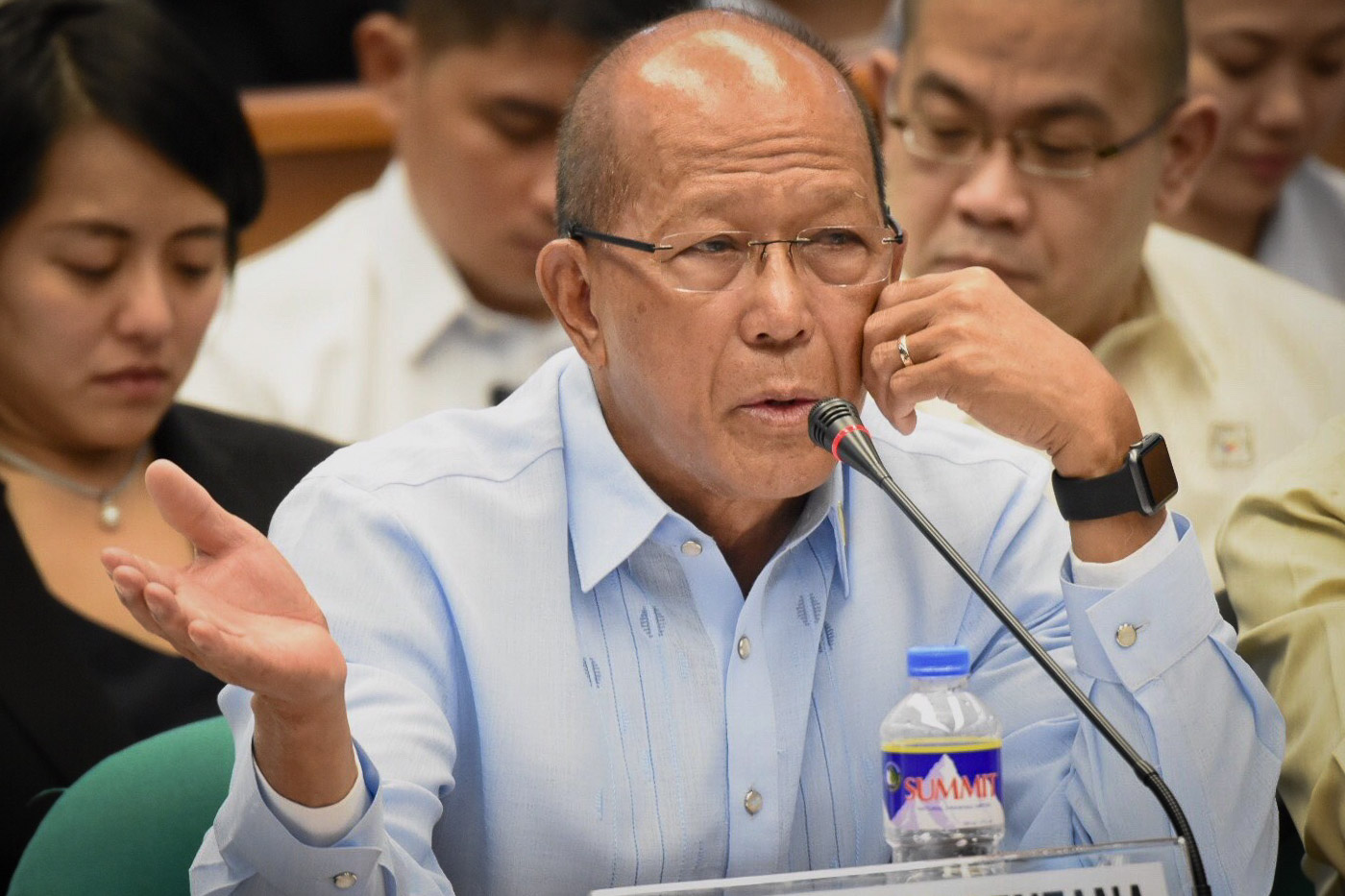 Lorenzana said this in response to PSG Commander Brigadier General Lope Dagoy’s statement that Rappler reporter Pia Ranada should be thankful that the PSG personnel who stopped her at the Malacañang gate did not hurt her.

“That remark is uncalled for and really off the mark. Whatever Rappler’s offense, the PSG [has] no right to harm Rappler’s people [or] threaten them,” the defense chief said.

“Pasensiyahan nyo na. Bugso lang ng damdamin yan sa pressure ng trabaho nila (Please understand him. He was carried away by his emotions due to the pressures of the job),” Lorenzana added.

Dagoy had said he disapproved of how Ranada on Tuesday, February 20, pressed a PSG officer on duty to explain who gave the order to ban her from Malacañang grounds.

(Don’t do that, he is just following orders. Be thankful he did not hurt you with the rudeness you showed.)

Ranada was barred, initially from entering the New Executive Building (NEB), without any reason given. As of posting, no written order has been shown to her by Malacañang officials yet. President Rodrigo Duterte himself ordered that Ranada and Rappler CEO Maria Ressa be prohibited from entering Malacañang.

Executive Secretary Salvador Medialdea then said that, because of the Securities and Exchange Commission (SEC) decision revoking Rappler’s registration, Rappler has lost Malacañang Press Corps accreditation. This is despite the SEC itself saying its decision is not yet final and executory. (READ: Rappler to Malacañang: Don’t use power to obstruct) – Rappler.com