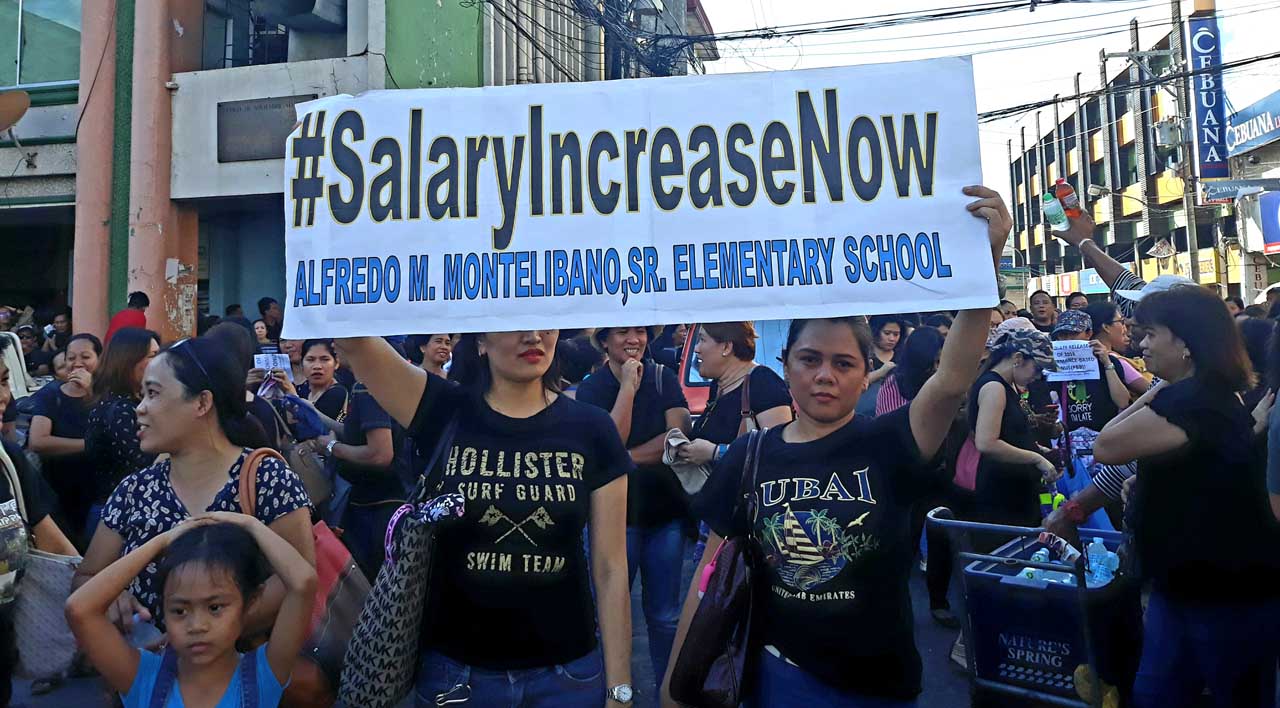 More than 2,000 teachers from this city and neighboring localities marched from Rizal Elementary School and the Public Plaza, and trooped to the Fountain of Justice to call on the national government to raise the pay of teachers at the entry level.

Gualberto Dajao, president of Alliance of Concerned Teachers-Negros, slammed the government for saying that the teachers’ pay hike is not a priority. (READ: No budget for teachers’ salary hike in 2018 – Diokno)

He said the Duterte administration recently increased the take-home pay of teachers by P25 per day to appease them, after the implementation of a salary hike for policemen and soldiers. 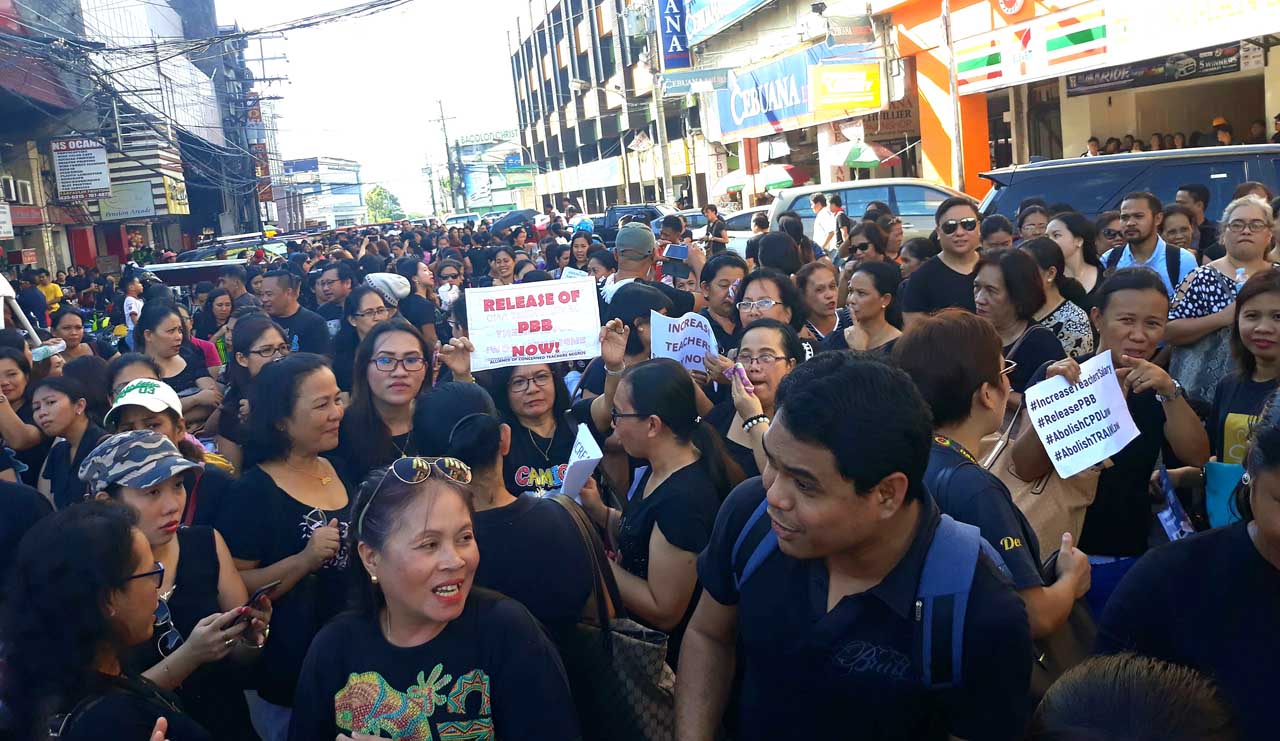 Currently, teachers in the entry level have a take-home pay of about P5,000 from their meager gross salary of P20,000, he said, adding that some of the public teachers are saddled with debt because their pay is not enough.

Dajao said the government must raise the salary pay of teachers to P29,000 which was the initial plan.

Also, the public school teachers demanded the release of their 2016 Performance-Based Bonus.

Dajao said all government agencies except the Department of Education had received their bonuses. (READ: DBM excludes some DepEd, DOH employees from 2016 performance bonus)

Public school teachers also demanded the abolition of the Continuing Professional Development law, which is a professional enhancement of teachers and the implementation of the new tax reform law.

The implementation of the law had increased the excise tax on commodities and services, which also affect the public school teachers, he said. – Rappler.com