Feb 23, 2018 10:22 PM PHT
Rappler.com
Facebook Twitter Copy URL
Copied
'We will not implement [the SEC ruling] until after the final and binding decision of the Court of Appeals or the Supreme Court,' says Securities and Exchange Commission chairperson Teresita Herbosa 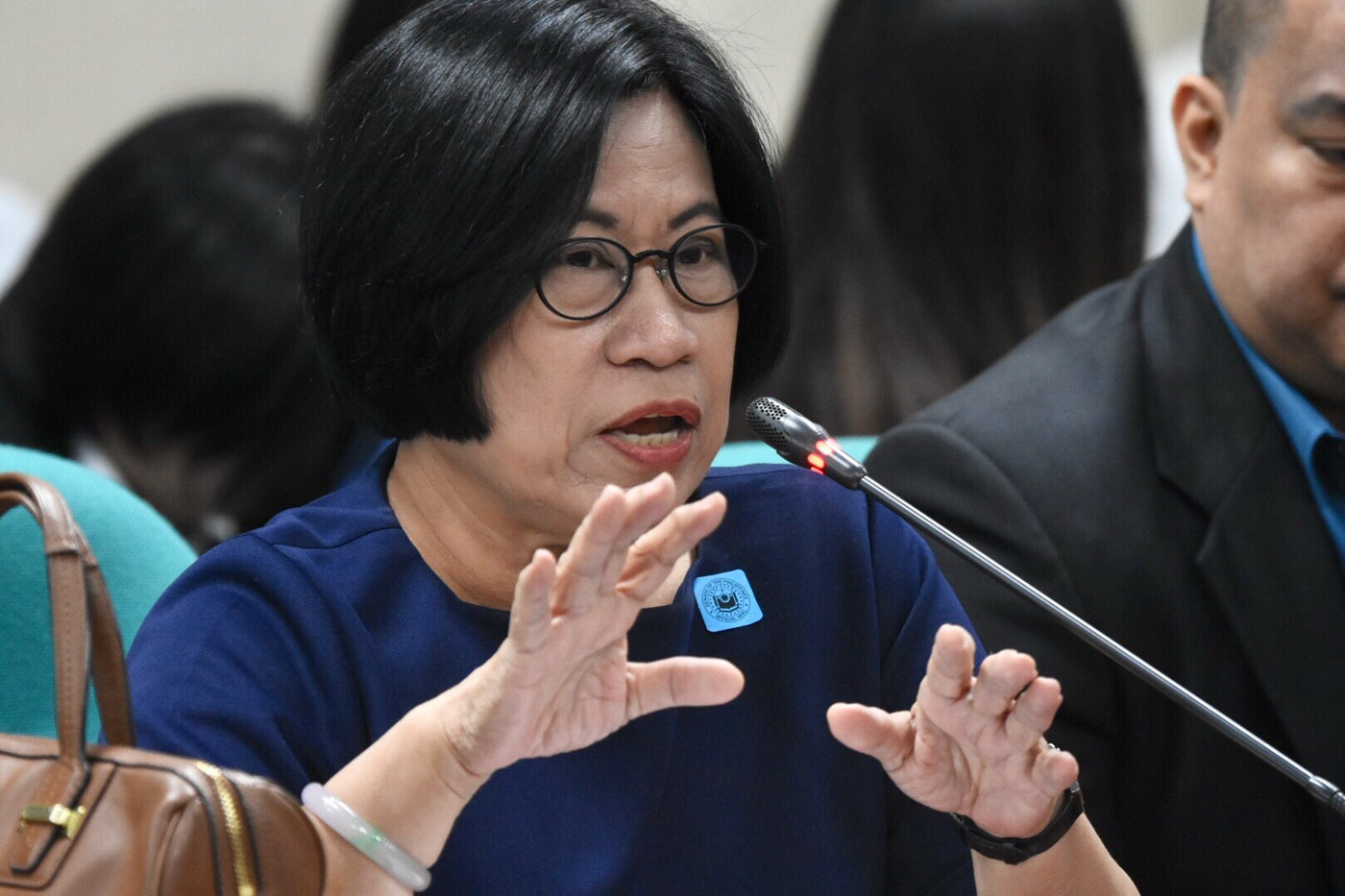 MANILA, Philippines – While Rappler continues to be registered with the Securities and Exchange Commission, Malacañang can independently decide  to ban the news site’s reporters from Palace coverage, SEC chairperson Teresita Herbosa said on Friday, February 23.

Herbosa made the statement in response to questions at a forum, where she was asked about the position of President Rodrigo Duterte on banning Rappler reporter Pia Ranada and CEO Maria Ressa from entering the Palace compound because he was following the SEC decision to revoke Rappler’s business registration.

The SEC chair, speaking only for the second time on the Rappler case, reiterated that the SEC decision is not yet final and executory. (READ: Rappler still free to continue operations)

“We will not implement it (the SEC ruling) until after the final and binding decision of the Court of Appeals or the Supreme Court,” Herbosa said.

Herbosa however added: “But in the case of Malacañang, they have their own standards and they have their own basis for allowing access to Malacañang by journalists, reporters, and the fact that because of that decision, it was a signal for them to again consider the accreditation or recognition of some people regarding access to Malacanang, I guess that’s their own independent decision.”

Accreditation rules of the Malacañang Press Corps, which processes applications for MPC membership, indicate that among the requirements for media organizations is SEC registration. Given Herbosa’s pronouncement, that registration remains in effect.

Malacañang had said that the “loss” of Rappler’s business registration following the ruling has made it ineligible for MPC accreditation and thus, ineligible for access to the Palace too.

Duterte himself had said that he ordered the ban on Rappler following the SEC decision which to him, and other officials, was already “executory.” Palace officials maintained this position even after the SEC itself said otherwise as early as January 16. (READ: Rappler to Malacañang: Don’t use power to obstruct)

Asked about the position taken by Rappler that it remains registered with the SEC and qualified for MPC membership, Herbosa said: “But you know, Malacañang is not a party to the case. So it makes its own decision based on whatever they see.”

Rappler has maintained that access to Malacañang by a legitimate online news organization cannot be dictated upon by government. “It is not the government’s role to say who can cover what, and when, and where. There is a clear line between a nation’s officials, and the press whose job it is to hold them accountable by informing the public of their actions,” it said in a statement addressed to Presidential Spokesman Harry Roque. (READ: Rappler to Harry Roque: Duterte ban about press freedom)

Herbosa also reiterated that the SEC decision is “not politically motivated.”

She said the insinuation that she had been “pressured” had hurt her the most. “That, I vehemently deny,” Herbosa said. – Rappler.com