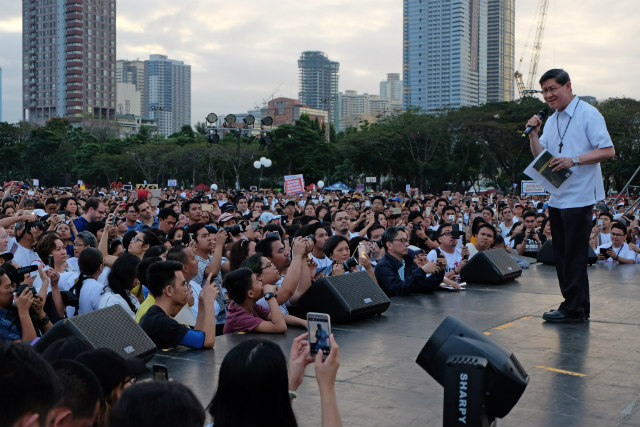 The procession, called Walk for Life, is set from 4 am to 8 am on Saturday at the parade grounds of the Quirino Grandstand in Manila. Tagle is set to say Mass at 6:45 am on this day.

In other parts of the Philippines, the Walk for Life will also be held in Cebu, Cagayan de Oro, Tarlac, and San Pablo on Saturday.

(Let us walk for the people, for our brothers and sisters, whose lives encounter not only problems but also threats.)

The vice president of the Catholic Bishops’ Conference of the Philippines (CBCP), Caloocan Bishop Pablo Virgilio David, said he is likely to attend as well.

Wasan said on Radio Veritas, however, that politicians will not be allowed to deliver speeches during the event.

Manila Auxiliary Bishop Broderick Pabillo earlier said the event can be linked to the 32nd anniversary of the EDSA People Power Revolution on Sunday, February 25.

The Walk for Life was also done in February 2017, attracting more than 20,000 Filipinos, according to CBCP News. (Watch Tagle’s Walk for Life 2017 speech in the video below)

The Walk for Life comes as President Rodrigo Duterte’s war on drugs kills thousands, with the Catholic Church as a leading voice condemning these deaths. – Rappler.com