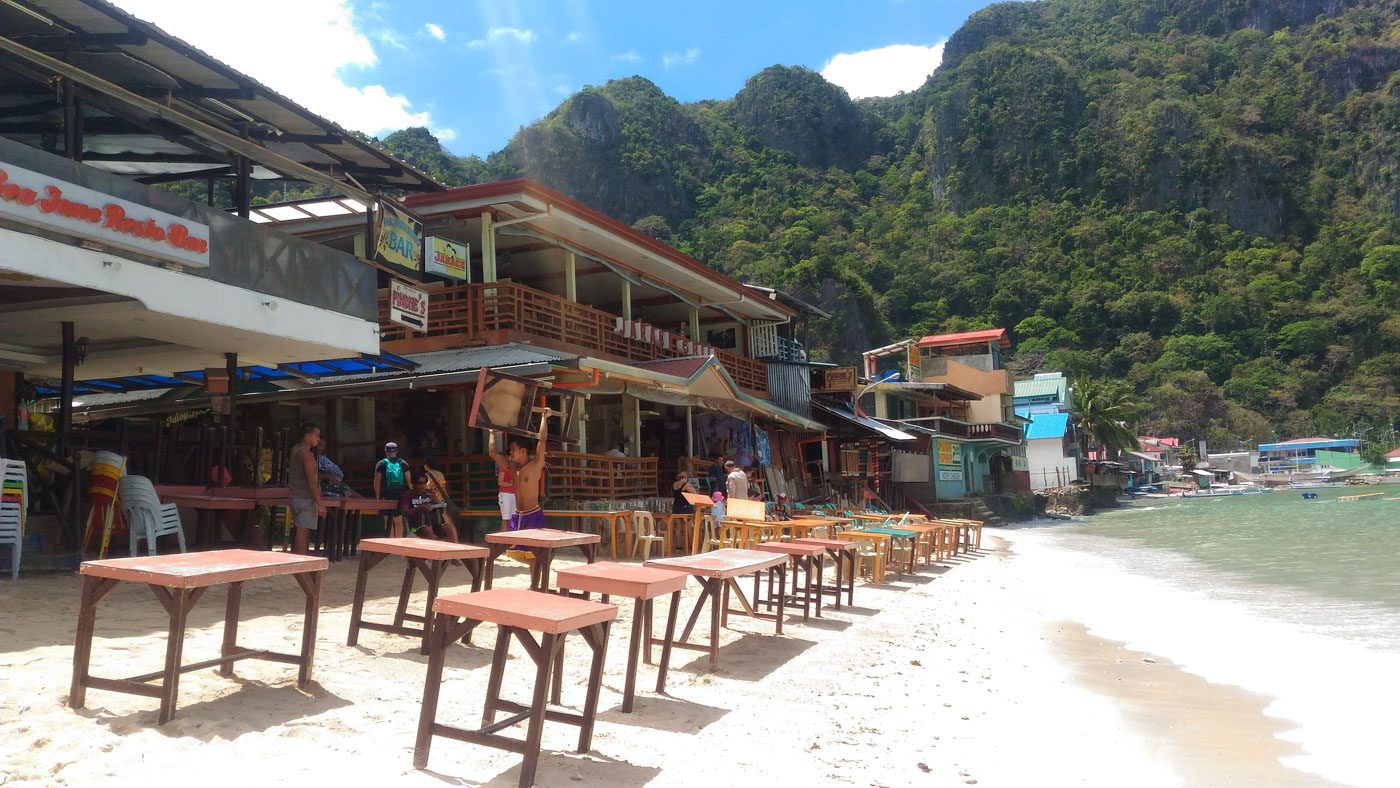 The Department of Environment and Natural Resources (DENR) has vowed to hold erring tourism establishments accountable for their mess and clean up El Nido town in Palawan in 3 to 6 months.

“The crackdown has begun,” DENR MIMAROPA Regional Director Natividad Bernardino said before 250 attendees from both public and private sectors in a stakeholders’ forum at the El Nido town hall on Friday, February 23.

“We plan to finish the work in 3 to 6 months,” she added, as per marching orders of DENR Secretary Roy Cimatu and President Rodrigo Duterte.

The DENR recently flagged down El Nido as its priority concern, noting that the town’s booming tourism industry has started to pose a threat to its natural environment, which forms part of the El Nido-Taytay Managed Resource Protected Area.

Together with the provincial government, Bernardino said they formed “El Nido Task Force Challenge” and deployed 50 technical people to inspect 300 to 500 establishments on their compliance with solid and wastewater management laws and adherence to zoning regulations.

Since the compliance monitoring began Wednesday, February 21, Bernardino said out of 300 to 500 establishments, only 150 presented their environmental compliance certificates.

“Just in two days, we think 80% of the establishments do not have pollution control officers, and therefore do not have wastewater discharge permit and permit to operate,” she added.

This prompted her to organize an accreditation training for pollution control officers in El Nido next month to cut the cost on the part of business operators.

El Nido gained unwanted attention in 2014 when it was widely reported that the water quality along the town shoreline in the poblacion had exceeded the allowable limits of pollutants set under the country’s Clean Water Act. Rosento, however, assured stakeholders that the monitoring results from 2013 to 2017 revealed the improvement of water quality following the passage of a municipal ordinance requiring business establishments to regularly  dislodge their septic tanks.

Under the ordinance, businesses are directed to undertake dislodging process every 3 years, a service given for free by the municipal government.

“Beyond that, you have to pay,” the mayor said.

But due to the additional costs it entails, especially to small-time businesses, only 30% of establishments were compliant with the policy. “The municipal government holds the business permits of establishments that continue to defy this ordinance,” Rosento said.

The mayor hopes the completion of a centralized sewage treatment plant in 2020 would help resolve this growing concern on the water quality of its public beach within the town proper.

Since the inspection began a few days ago, the task force recorded 40 establishments on the shoreline easement zone.

“In your affidavit of undertaking (waiver), you will be given 3 months to self-demolish,” Bernardino said.

“El Nido is very serious in implementing the easement from the normal highest tide. If the national government wants to have it done within 6 months, we have to follow that order,” De la Calzada told Rappler on Tuesday, February 20.

Under the Philippine Water Code, building of structures of any kind within a zone of 3 meters in urban areas is prohibited as this area is subject to the easement of public use in the interest of recreation, navigation, floatage, fishing, and salvage.

The town administrator said the rule must be observed to guarantee the reliability of structures along the shoreline that are slowly being eaten up by the rising sea levels caused by climate change.

“Due to saltwater encroaching on the structure’s base built on sand, the integrity of the structure is now questionable, and it may possibly collapse,” he added.

De la Calzada said the saltwater intrusion through time may also cause damage to the buildings’ septic tanks. “If it happens, wastewater would flow into the sea, and that’s what we’re preventing,” he said.

The municipal government said the mayor’s permit of around 20 business establishments have been on hold. This is because they were not given a building permit as they were occupying the no-build zone along the shoreline.

De la Calzada added, however, that there are also business establishments located in the no-build zone which have valid titles to the property.

“In consultation with the Provincial Legal Office, we’ve allowed them to have a business permit, provided they signed a waiver indicating that once the phase-out plan is implemented, they are willing to do self-demolition,” he said.

Bernardino said establishments encroaching on timberlands will be asked to present their tenurial instrument for occupying the area for tourism purposes, such as the special use agreement within the protected area (SAPA).

“For those without a proper tenurial instrument, we’re going to serve you show cause memoranda,” she said.

Since the issuance of SAPA is suspended in the province, the regional director said business operators for the meantime should pay penalties pending the suspension lifting.

“You’re like paying similar fees if you have the SAPA,” she said, adding that the penalties will be imposed from the time they started operating.

The regional director traced the overcrowding of tourism establishments within the town proper to the spike in tourist arrivals in the last three years, with last year reaching 200,000.

“The construction of hotels is just sprouting like mushrooms everywhere else, even if it’s in timberland, in the cliff and beyond the easement of the coast,” Bernardino said.

Bernardino said they plan to finish the compliance inspection in the next two weeks. “After that, we will serve all the notices of violation and the show cause memoranda,” she said.

Erring business owners will be invited to a technical conference where they will be given a chance to appeal and comply with the requirements to operate legally.

“We cannot do this job without your cooperation. But if you insist on not being with us, we will go after you,” the regional director said.

Bernardino added that they planned to up a one-stop shop for business operators in El Nido to apply and secure environmental permits.

Rosento, meanwhile, appealed to all local stakeholders to prevent the degradation of their natural environment and to steer the town towards sustainable tourism development.

“We all have done wrong and fallen short but it’s not too late to make them right,” she said. – Rappler.com