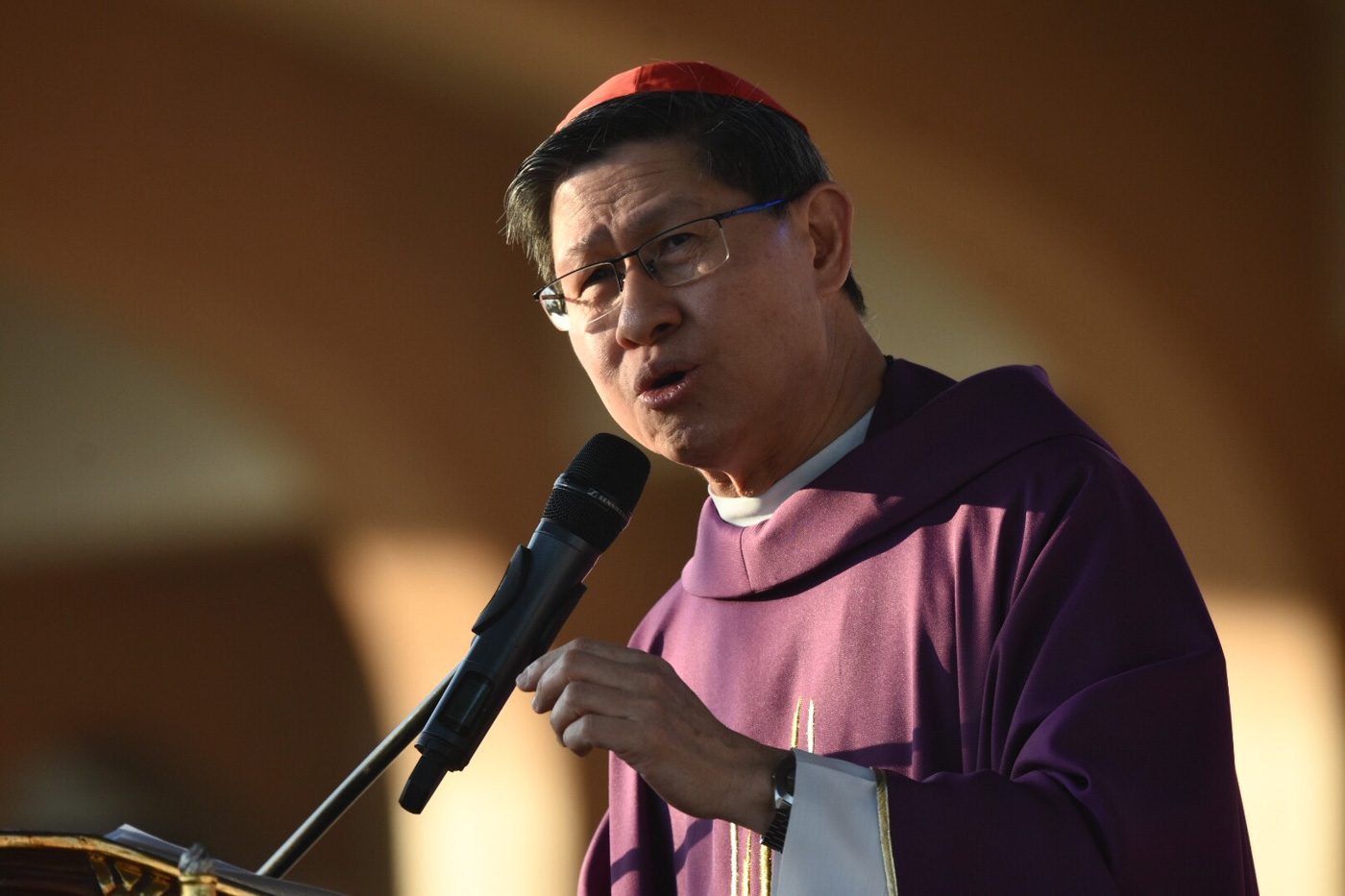 MANILA, Philippines – Manila Archbishop Luis Antonio Cardinal Tagle urged Filipinos to recover the value of treating people as gifts, not commodities, as he led a Mass to defend life in the face of killings in the Philippines.

At the Walk for Life on Saturday, February 24, Tagle blasted what Pope Francis calls a “throwaway culture,” which discards people who no longer prove useful.

“Hindi natin napapansin, ang tingin na lang natin sa lahat ay commodity – bagay. At ang nasa isip natin ay, ang bagay bang ito ay kapaki-pakinabang?” he said. (We do not notice that we view everything as commodities – objects. And all we think is, is this object useful?)

Describing this culture, Tagle continued: “Kapag ang isang bagay ay parang hindi na kapaki-pakinabang o kaya sagabal sa akin, aalisin ko na ‘yan. Itatapon ko na ‘yan.” (If an object is no longer useful or is a hindrance to my goals, I will eliminate it. I will throw it away.)

This culture, he said, makes people forget about God’s gifts.

“Kapag ganyan po, ang unang casualty ay buhay, dahil ang buhay ay regalo ng Diyos,” he said. (If that is the case, the first casualty is life, because life is a gift from God.)

(Life is the first thing that’s easy to eliminate, especially if this is the life of a person whom I think is a pest or is useless. I do not see this as a gift from God. All I see is that it’s a pest.)

“Kailangan po nating ibalik ang pananaw at appreciation sa regalo, buhay bilang handog at regalo ng Diyos,” he said. (We need to recover our view and appreciation of gifts, of life as an offering and a gift from God.)

Tagle delivered this homily before hundreds of Catholics who gathered at the Quirino Grandstand for the Walk for Life, a grand procession to oppose drug war killings, the death penalty, and other measures considered anti-life.

To drive home his point at the Walk for Life, Tagle cited his own watch, which he has worn since 1973. This, he said, was a graduation gift from his parents when he finished high school.

(I do not see this as an equipment. This is not an object. This is not a thing. This is a gift from the perseverance of parents who want to give something to a child who is graduating. I remember they even paid for this in installments.)

Tagle refuses to replace this watch even if others tell him to buy a new one because his watch seems like a museum artifact, even as he is already a cardinal.

“I said, this is not an object to be thrown and discarded. This is a gift. This is life. This is love,” Tagle explained.

Later in his homily, Tagle also cited examples of people thrown away by society.

(When there is a homeless person always knocking on your door, what do you see? A gift or a nuisance? If there is a child who looks gullible, is he or she a gift who needs to be nurtured, or a person whom you can take advantage of?)

“Kapag may tao, na aminin na nating naligaw ng landas, ano ang nakikita natin? Regalo, o salot na dapat walisin at alisin?” (If there is a person who has gone astray, what do you see? A gift or a pest that you should eliminate?)

“The world is charged with the gift of God,” Tagle said.