#EDSA32: Filipinos remember a revolution that toppled a dictator MANILA, Philippines – Filipinos from all walks of life commemorated on Sunday, February 25, a revolution which toppled a dictator and restored democracy in the country. Ramos played a huge part in the bloodless revolution, the culmination of years of protests and acts of resistance against the late dictator Ferdinand Marcos. Ramos was among the top generals of the military during Marcos’ rule.

He, alongside other officials from the military and the defense sector, eventually revolted against Marcos as thousands of Filipinos took to the streets to call for the dictator’s ouster.

Marcos placed the entire country under Martial Law in 1972. Even after he lifted it in 1981, he continued to rule with an iron fist. The Marcos years are marred by human rights abuses, the pilferage of the country’s coffers, and the supression of dissent. 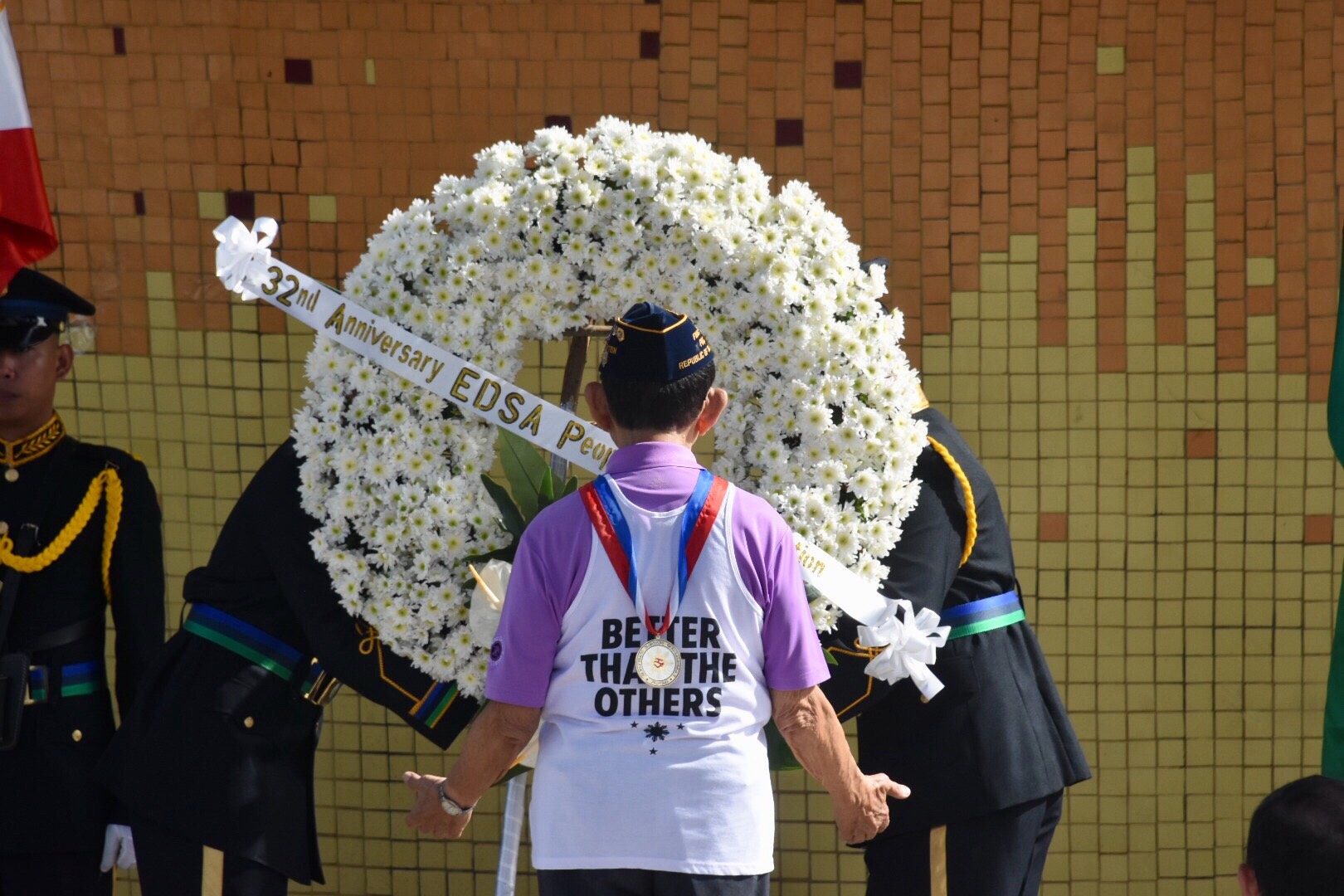 Over at Mendiola, in the city of Manila, groups also gathered to remember the revolution.

Among the personalities at the demonstrations there included Judy Taguiwalo, the former Social Welfare Secretary of President Rodrigo Duterte. Taguiwalo herself was a victim of human rights abuses during the Marcos regime. Protesters in Mendiola also voiced opposition to “Duterte’s dictatorship.”Taguiwalo was nominated to the post by the Left, upon Duterte’s own suggestion. She left her post after she was rejected by the Commission on Appointments. Duterte’s pronouncements and strong stance on issues have caused critics to label him a dictator. Duterte, who is known to be tough against crime, has taken than toughness to threats against human rights defenders, who have raised alarm over the alleged abuses of the government.

The former Davao mayor has also placed the entire Mindanao island under martial law, following an attempted takeover by local terror groups. The proclamation has been extended for an entire full year. In Bacolod City, meanwhile, National Union of Journalists of the Philippines national director Nonoy Espina called on the public to support the press, amid threats from no less than Duterte himself. He has publicly lambasted ABS-CBN, the Philippine Daily Inquirer, and Rappler for its reports. His tirades have also included the owners of these media companies.

Media and human rights groups have criticized Duterte and his administration for these actions. – Rappler.com