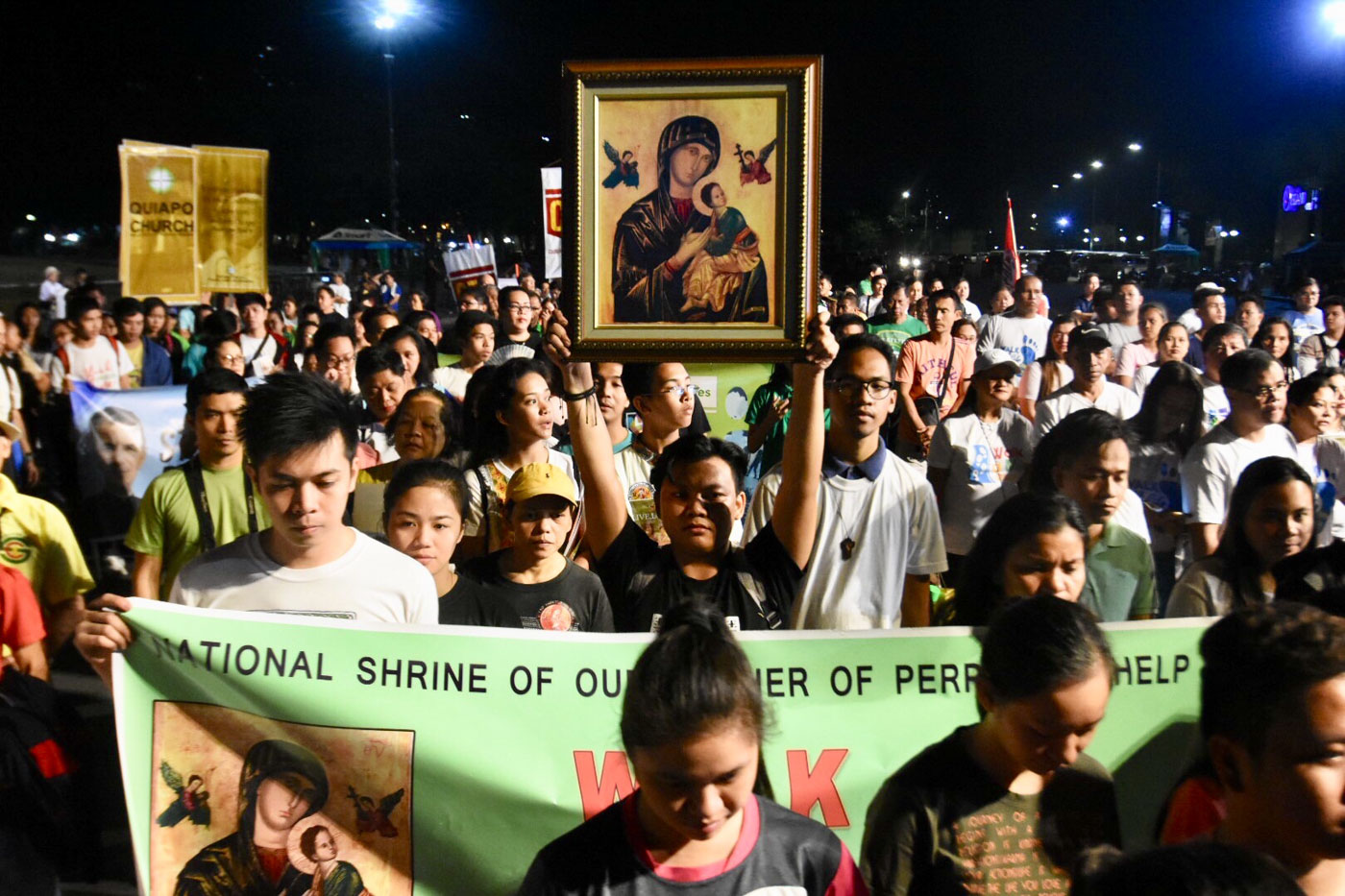 MANILA, Philippines – Bishops called for vigilance in the face of a “creeping dictatorship,” as the Philippines marked the 32nd anniversary of the EDSA People Power Revolution on Sunday, February 25.

“One of the gifts that we have received as a nation is freedom and democracy. And we tend to take that for granted,” David said in an interview after the Walk for Life staged by Catholics on Saturday, February 24.

Asked if he agrees there is a “creeping dictatorship” in the Philippines, David said, “It will creep on if we are not vigilant.”

David, one of the bishops most outspoken against drug war killings, is also vice president of the Catholic Bishops’ Conference of the Philippines (CBCP). (READ: Caloocan Bishop Pablo David: Shepherd of his slaughtered sheep)

“It is glorious but it entrusted us with a mission. Unfortunately we basked in the glory too long. The mission was laid aside. We can still regain it if we want,” the former CBCP president said.

The CBCP, in a January 29 statement after its twice-a-year meeting, had already voiced its fears of a “creeping dictatorship” in the face of “self-serving” motives for Charter Change.

Days later, President Rodrigo Duterte said he needs to be a dictator so that he can change the country. 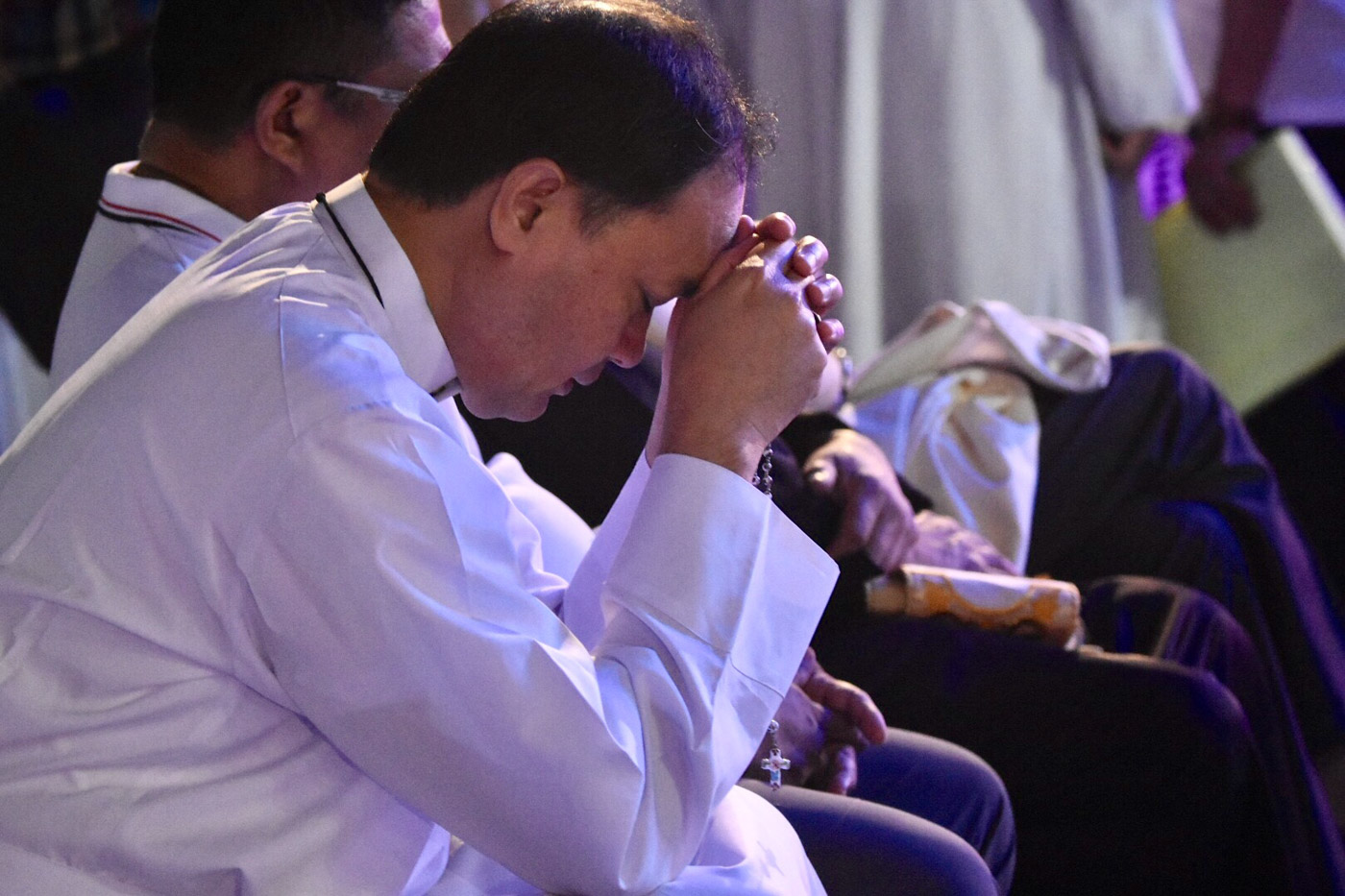 In a separate interview with reporters on Saturday, Manila Auxiliary Bishop Broderick Pabillo also called for vigilance among Filipinos.

Pabillo earlier said the Walk for Life, an event to oppose drug war killings, the death penalty, and other anti-life measures, can be linked to the 32nd anniversary of the People Power Revolution.

More or less 2,000 Catholics attended the Walk for Life on Saturday, according to the Philippine National Police.

In that event, Manila Archbishop Luis Antonio Cardinal Tagle presided over a Mass and delivered a homily on treating people as gifts, not commodities.

Hours later, Tagle presided over another Mass at EDSA Shrine, this time to mark the feast of Our Lady of EDSA, or Mary, Queen of Peace.

“Peace is not only the absence of violence,” Tagle said in his Mass at EDSA Shrine.

Citing Pope Saint John XXIII, Tagle said peace can only come from justice, truth, love, and respect. “Kapag ‘yan ay itinanim at lumago, ang aanihin natin, kapayapaan,” he said. (If that is planted and then it grows, we will sow peace.)

The cardinal also emphasized the need for “active non-violence,” a message he also made during the first Walk for Life held at Quirino Grandstand in February 2017.

(If you bear a grudge, if you get angry, at the person who bears a grudge against you, it becomes clear to him, “I am really an enemy. He proved that we are really enemies.” Then you will continue fighting.)

(But if he is really angry at you, really furious at you, then you show that you can love him, and you’re even praying for him, he becomes confused: “What am I? Am I an enemy or a friend?” In his confusion, he no longer knows if he will fight or not.)

“Unti-unti, siya ay nababago,” Tagle said. “Kasi paano siya lalaban, wala na siyang kaaway? Nabago siya ng pagmamahal.” (Slowly he is being changed. Because how will he fight when he no longer has an enemy? He is changed by love.) – Rappler.com