Purisima charged with perjury for non-disclosures in SALNs 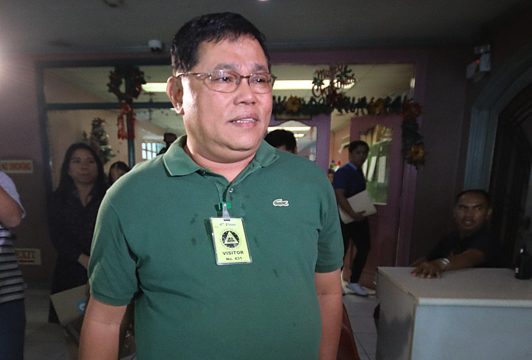 MANILA, Philippines – Former police chief Alan Purisima was charged with 8 counts of perjury before the anti-graft court Sandiganbayan for failing to disclose his wife’s property and several firearms in his Statements of Assets, Liabilities, and Net Worth (SALNs).

The charges were filed by the Office of the Ombudsman on February 23, but released to media on Tuesday, February 27. Bail was set at P6,000 for each count or P48,000 in sum.

The charges cover Purisima’s SALNs from 2006 to 2009 and 2011 to 2014. The perjury charges are an offshoot of an earlier order by the Office of the Ombudsman to forfeit P29-million worth of Purisima’s alleged ill-gotten wealth.

In 2009, two of his wife’s land properties plus another land property under his name were not disclosed.

In 2011, all 3 land properties were still not disclosed, plus two firearms which belonged to Purisima.

In 2014, only the 3 land properties were not disclosed.

“The disclosure and declaration is required under Section 7 of Republic Act No. 3019 (Anti-Graft Law) as amended and Section 8 of Republic Act 6713 (Code of Conduct and Ethical Standards for Public Officials and Employees),” the charge sheets said.

Purisima faces other corruption cases before the Sandiganbayan; graft for the anomalous Werfast courier deal that got him dismissed during the Aquino administration, and graft and usurpation of public functions for his participation in the botched Mamasapano operation that led to the death of 44 elite cops. – Rappler.com