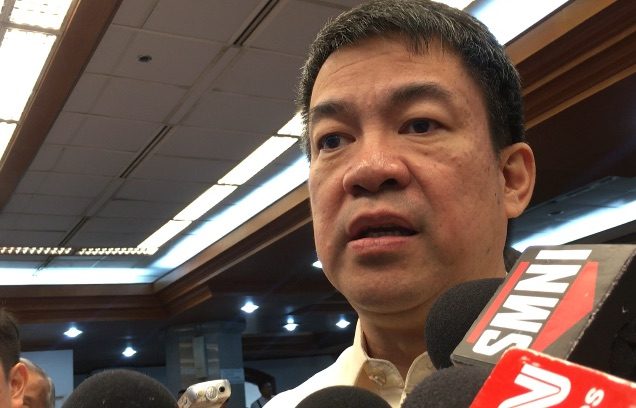 MANILA, Philippines (UPDATED) – The Senate is now preparing for the impeachment trial of Chief Justice Maria Lourdes Sereno, as it expects the transmittal of the articles of impeachment from the House of Representatives.

Senate President Aquilino Pimentel III said it was better to “anticipate” the transmittal. He said he already approved the ordering of robes to be worn by the senator-judges.

Pimentel said he has also instructed Senate lawyers to finalize the rules of the impeachment trial.

Senate Majority Leader Vicente Sotto III said they might convene as an impeachment court in May, but only to discuss the procedures and send summons, which would likely take at least a month.

The earliest time for the trial itself, Sotto said, is by end July.

The 2nd session of the 17th Congress is set to adjourn on June 2. The 3rd session would open when President Rodrigo Duterte gives his 3rd* State of the Nation Address in July.

Sereno’s camp had said that the Chief Justice is set to go on leave from the Supreme Court starting March 1 “upon the request” of the SC en banc.

For senators, it’s just usual because SC justices are entitled to such privilege,

“As far as I know, justices are really entitled to what they call wellness leaves. ‘Wag na na nating bigyan ng meaning ‘yun. Basta, dapat kami ready kami whenever we will receive the articles of impeachment,” Pimentel said.

(As far as I know, justices are really entitled to what they call wellness leaves. Let’s not give meaning to it. In our case, we should be ready whenever we will receive the articles of impeachment.)

Senator Panfilo Lacson shared the same sentiment and said Sereno’s decision could be beneficial to her, given the impending trial in the Senate.

(It could also do her well so she and her defense team could prepare. The transmittal of the complaint to the Senate is almost inevitable.)

Sereno’s decision coincided with the last hearing of the House of Representatives committee on justice determining probable cause to impeach her. (READ: House to wrap up Sereno impeachment hearing)

Once the hearings are done, the House justice committee would prepare a report either recommending Sereno’s impeachment or the junking of the complaint. Committee members would then vote on it.

After that, the approved report would then be forwarded to the House plenary. At least one-third of House members voting for the Articles of Impeachment will be needed for it to be endorsed to the Senate. This is equivalent to 97 members of the current House.

If Sereno is impeached by the House, the Senate, sitting as an impeachment court, would determine if she is guilty or innocent. If voted guilty, Sereno will have to vacate her post. – Rappler.com

*Editor’s Note: In a previous version of this story, we mistakenly said President Rodrigo Duterte is set to give his 2nd State of the Nation Address this July. It will be his 3rd SONA.