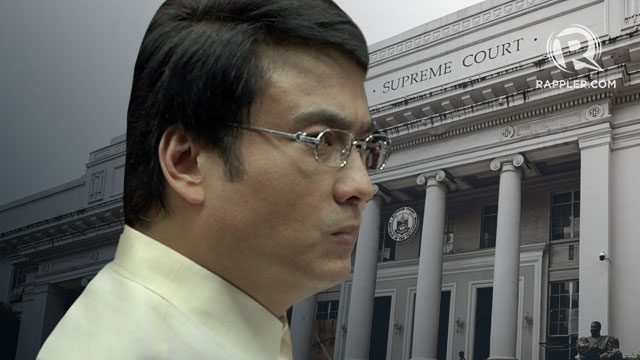 Revilla was relying on the TRO to suspend his plunder trial at the anti-graft court Sandiganbayan.

The SC en banc resolved to defer action on February 6, a notice of which was obtained by Rappler on Tuesday, February 26.

The en banc’s notice revealed that Revilla filed an urgent motion for the petitions to be included in the en banc agenda.

Similar petitions are usually handled by a division of the SC, not the en banc.

Revilla filed before the High Court a holistic petition asking to be granted bail, for his plunder trial to be stopped at Sandiganbayan, and for his plunder charges to be dismissed altogether.

The Sandiganbayan’s First Division agreed to pause the trial and gave Revilla until February 15  to secure the TRO.

But when February 15 came and with no TRO in hand, Revilla’s legal team decided to forfeit 4 hearing days to buy more time. It means the defense had yet to start presenting evidence, despite the fact that prosecutors rested their case as early as October last year.

Revilla’s legal team forfeited hearing dates February 15, 20, 22, and 27. March 6 is when they are set to present their evidence, provided that they don’t secure a TRO, or barring further strategies by the legal team.

This is the latest attempt of Revilla’s legal team to hold off their part of the trial, first filing for a motion for leave to file a demurrer of evidence.

That’s when Revilla’s camp went to the SC to file  a petition for certiorari, which also asks the en banc to hold oral arguments. – Rappler.com