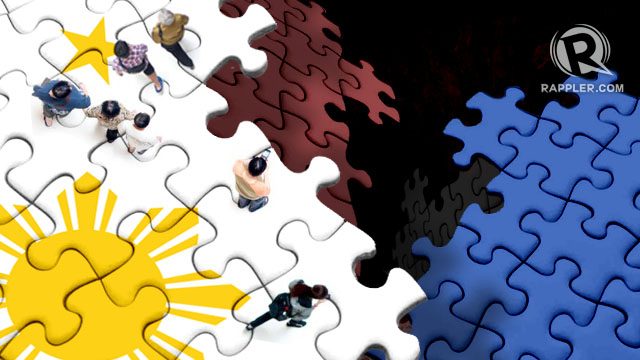 Facebook Twitter Copy URL
Copied
However, the power of the consultative committee, which is under President Rodrigo Duterte, is what the name states – consultative

MANILA, Philippines – The 20-person consultative committee tasked to deliberate possible revisions to the 1987 Constitution on Tuesday, February 27, voted to proposed a presidential-federal form of government under a federalized Philippines.

According to ABS-CBN News, the commission voted via runoff, where the presidential option trumped the “hybrid” semi-presidential set-up, 11-7.

Despite that push, however, neither chamber of Congress has come out with a concrete proposal for the country’s eventual form of government. There are several proposals floating around, however, including that of the PDP-Laban Federalism Institute’s. PDP-Laban is the country’s ruling party and counts Duterte as its chairman.

However: The power of the consultative committee, which is under Duterte, is what the name states – consultative. Leaders from the House and Senate have repeatedly said that whatever the committee recommends will be treated as a mere suggestion, if and when Congress convenes as a Constituent Assembly to amend the charter.

What’s next: The committee will be holding another session on March 5. The Senate is still holding consultations in different parts of the country to discuss Charter Change proposals. The House is expected to do the same, with sub-committee proposals as its anchor. – Rappler.com