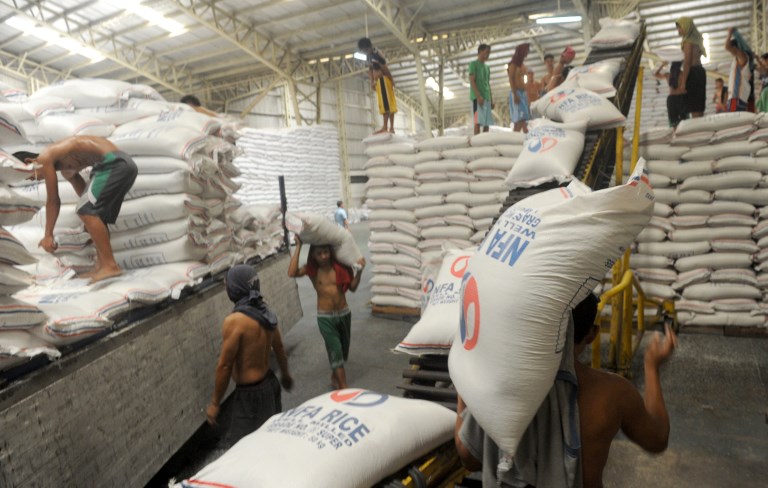 NFA Spokesperson Rex Estoperez said they have buffer stock of rice for only 1.7 days, which is equivalent to 1.1 million bags of rice.

The NFA has two ways to replenish its buffer stock: buying from local farmers, and importation of rice.

But the problem is the NFA can’t buy from farmers with a buying price of P17 per kilogram, because it is much lower than farmgate prices. Meanwhile, the importation of 250,000 metric tons of rice won’t arrive until June, or after the harvest season.

With 4 more months to go before the importation arrives, former agrarian reform secretary and Bantay Bigas convenor Rafael Mariano suggested to the NFA a “provisional increase” of the buying price of rice that ranges from P18 to P20.

(Find out first what the competitive price of rice is at the farmgate. Is it P18.50? P19? The NFA Council should study if a provisional increase is possible…. Increase the support price so we can buy and beef up the NFA’s food security stock.)

Estoperez said Mariano’s suggestion is not a problem to the NFA, but the NFA Council still has the last say.

(You’re saying we should increase our buying price. Okay, that’s not a problem for us, we can also consider other prices so that we can replenish our buffer stock, but our policymaking body still decides on our direction.)

The spokesperson said the NFA Council will still have to discuss the P18 buying price that was suggested during the Senate hearing on Tuesday, February 27.

Mariano urged the NFA Council to convene an emergency meeting to discuss a possible provisional increase of their buying price.

(Once the NFA has replenished its buffer stock with enough volume to influence the price of rice in the market, then they can bring it back to P18.)

Estoperez seemed open to the suggestion.

(The SRP based on either the Consumer Act or the Price Act, that can be done. Maybe all agencies involved in the rice industry should coordinate, let’s do what we can while our stocks haven’t been replenished yet.) – Rappler.com