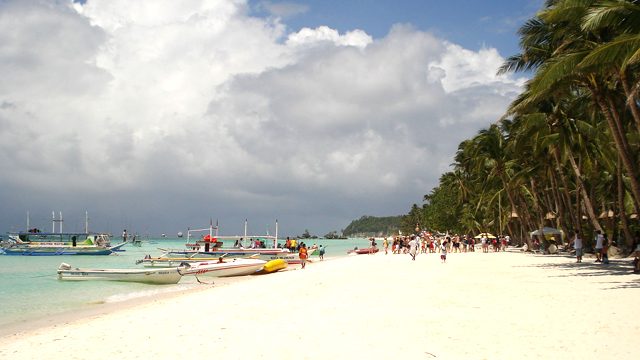 The voluntary demolition will take place in the beaches of Manoc-Manoc proper, Tulubhan, Tambisaan, Cagban and Malabunot in Barangay Manoc-Manoc and Puka in Barangay Yapak.

Clearing operations will also include structures in the beaches of Kandingon, Diniwid, Ilig-iligan, Bulabog and Balinghai in Barangay Balabag and the Boracay White Beach.

The demolition of illegal structures and operation Hawan in beaches and roads were mentioned in the 6-month action plan of the local government of Malay.

(Voluntary demolition will help speed the cleaning of Boracay Island and reclaim the its natural beauty, as ordered by President Rodrigo Duterte within 6 months.)

Last February 27, the action plan was presented to Boracay stakeholders after President Duterte described the island a ‘cesspool’.

Plans to create environmental police teams and Bayan Ko, Linis Ko (I clean my country) program, moratorium on building construction, closure of businesses without business permits, continuous opening of drainage canals and close monitoring of ongoing drainage project will be implemented by the local government of Malay to address environmental woes of the island.