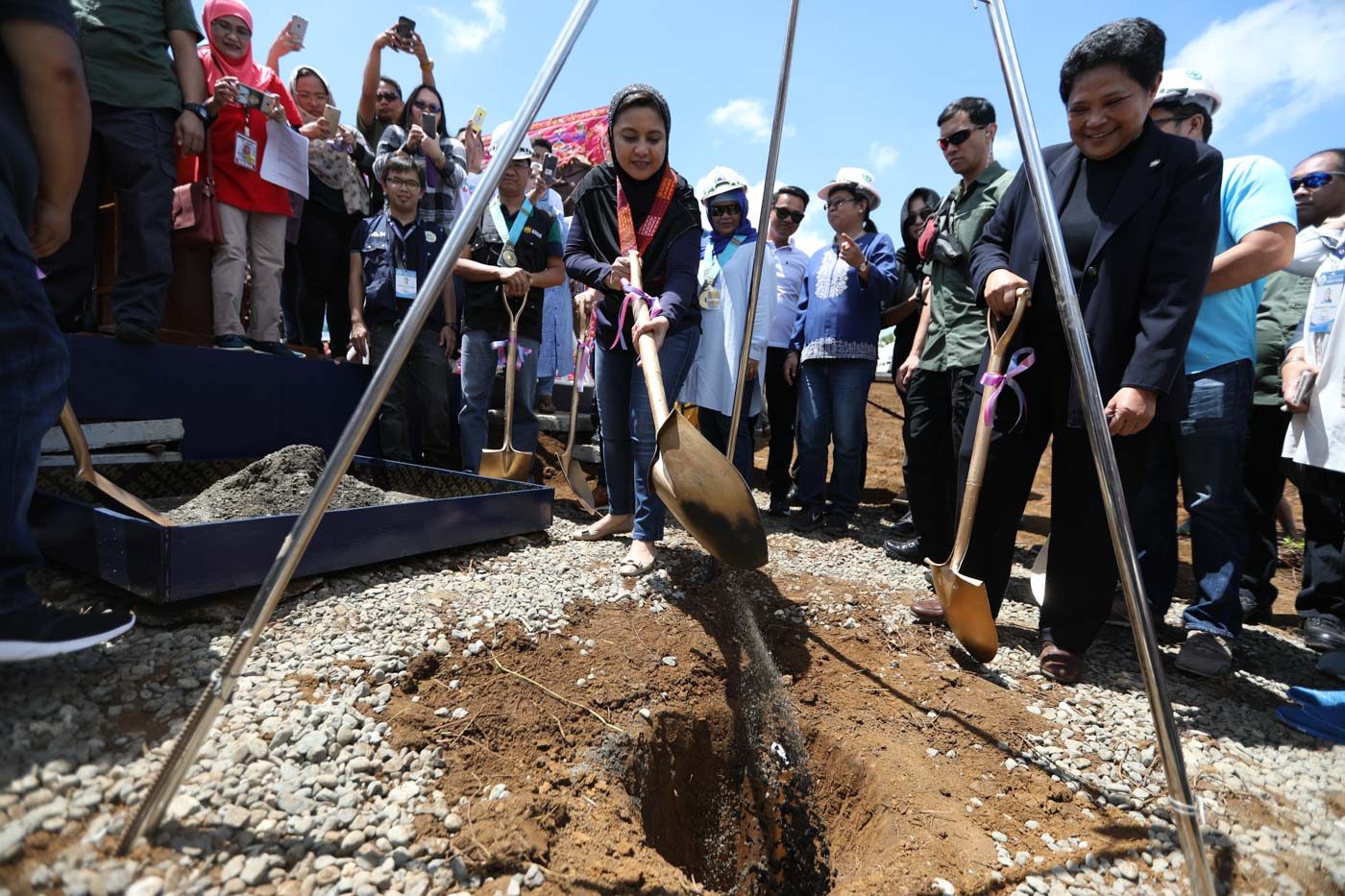 Facebook Twitter Copy URL
Copied
The construction will be funded using the P7.4 million the Vice President's supporters previously raised to help pay for her fees in the electoral protest filed against her, which the SC did not allow

Robredo attended the groundbreaking of the Angat Buhay Village in Barangay Sagonsongan on Tuesday, March 6.

The village, set to be completed in June, will feature 60 transitional shelters, temporary learning spaces, and a toy library for families who will be living there.

The Angat Buhay Village is a project of the Office of the Vice President, the Xavier University-Ateneo de Cagayan, and the Marawi City government. (READ: Robredo visits Marawi, eyes livelihood programs for residents) Funding will come from the P7.4 million raised by the group of Robredo supporters calling themselves the “Piso Para sa Laban ni Leni” movement.

The group initially raised the money to help the Vice President pay her fees in the electoral protest filed against her by former senator Ferdinand “Bongbong” Marcos Jr.

But the Supreme Court, sitting as the Presidential Electoral Tribunal, junked the group’s petition asking the Court to allow them to donate the money to Robredo. As a public official, Robredo is barred by law from receiving monetary gifts. Apart from the Angat Buhay Village, Robredo’s office and its partners already gave P11.53 million worth of resources to help residents of Marawi recover from the war. These include relief assistance, livelihood opportunities, community kitchens, medicines, hygiene kits, and school supplies. – Rappler.com