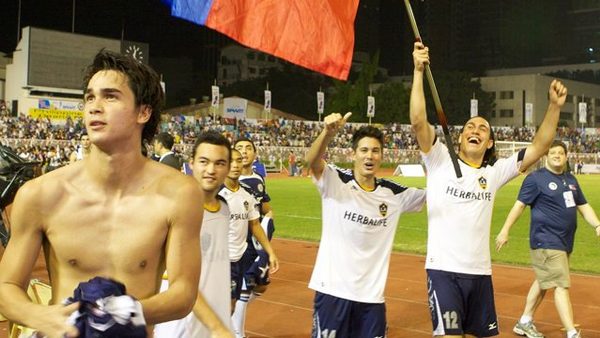 The men’s Philippine football team tied the Malaysian national team in a FIFA-sanctioned international friendly on home turf. The Azkals tied their opponent 1-1 after a hard-fought, tight match. Denis Wolf scored a beautiful header on the 33rd minute, off a strong throw-in by Jason Sabio. Malaysia’s Ahmad Shakir MD Ali however broke the hearts of Filipino fans when he netted the ball in the 91st min. Both teams had a number of good chances but the Azkals’ defense stayed solid throughout the game, warding off the attempts of a quick and determined Malaysian team. The draw is especially impressive since Malaysia is the defending Suzuki Cup champion and the 2011 SEA Games gold medallist.

Read it on Rappler