Malacañang: New cases to be filed vs Aquino officials over MRT3 mess 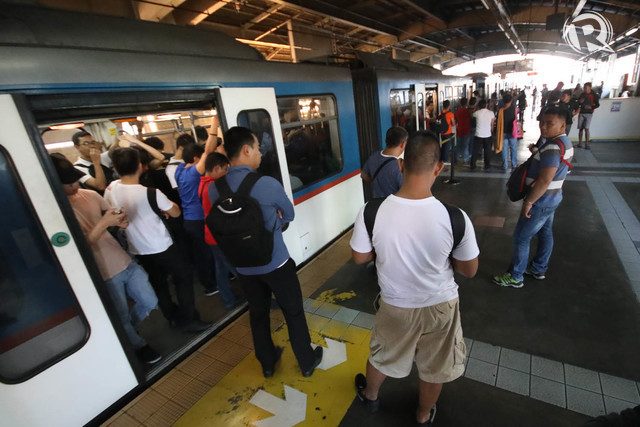 Roque said two “whistleblowers” had reached out to him to hand him “documentary evidence” of plunder allegedly committed by transportation officials and individuals belonging to a so-called “Pangasinan Group.”

“I got my first batch of documents today but I’ve gotten information, I think it’s about 3 weeks ago,” he said during a Palace press conference.

Roque first mentioned the Pangasinan Group during an interview on DWFM on Wednesday, March 7.

“There is a Pangasinan Group. Believe it or not, the whistleblower said one-third of the total that we pay for the contract goes to just the Pangasinan Group. One-third supposedly goes to the political machinery,” said Roque.

He traced the train’s glitches to the alleged diversion of MRT3 maintenance funds.

Roque said he would also turn over documents from the whistleblowers to the National Bureau of Investigation (NBI).

The possible new cases to be filed will be on top of the plunder complaint  already filed against officials of the previous administration. – Rappler.com