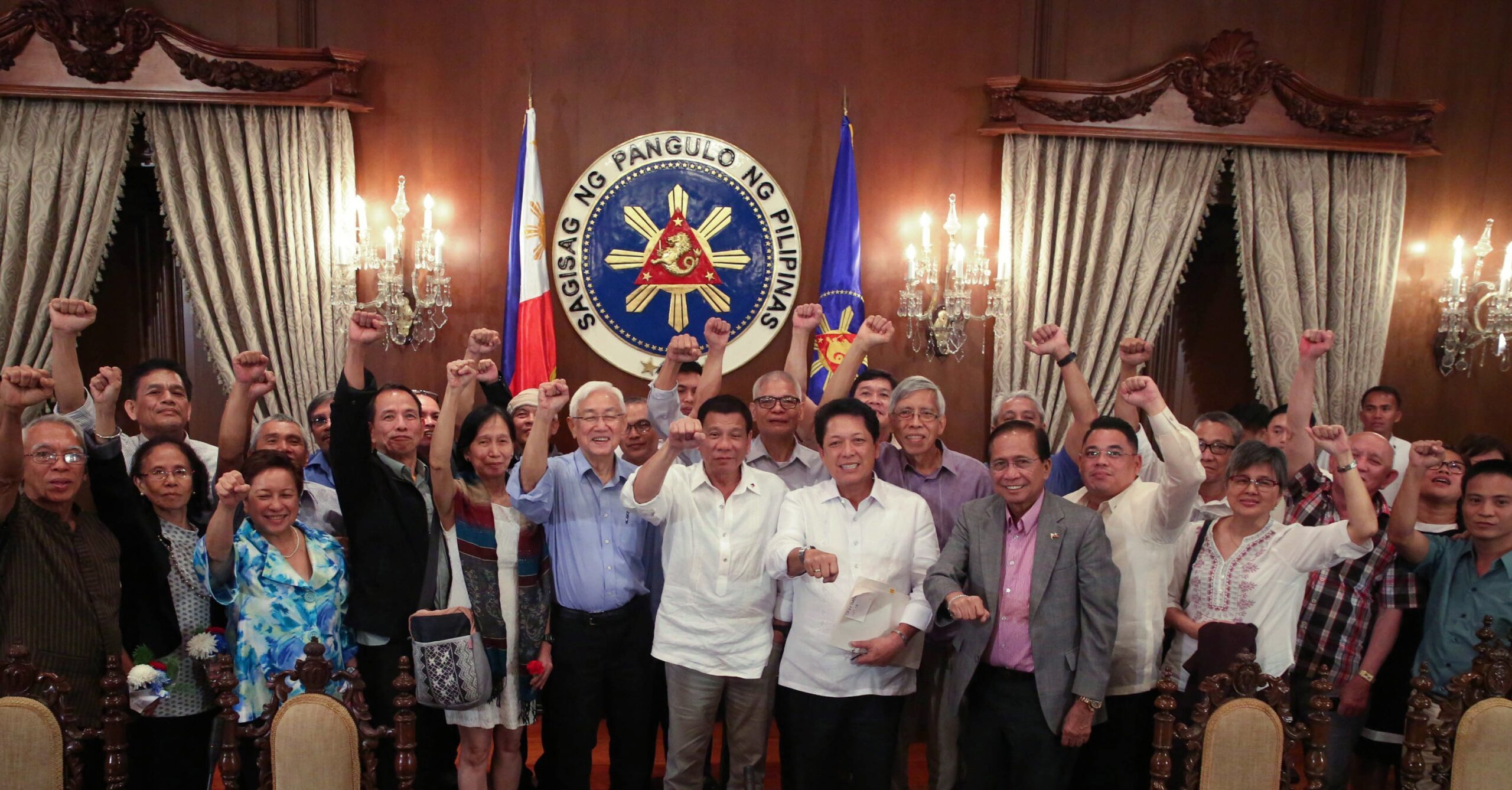 MANILA, Philippines – The Department of Justice drew up a list of 461 names and 188 aliases that the government sought to declare as “terrorists” under the Human Security Act, according to a petition filed in a local court.

The list includes alleged leaders and members of groups behind Asia’s longest running communist insurgency, the Communist Party of the Philippines (CPP) and its armed wing, the New People’s Army (NPA). The CPP will mark its 50th year in December.

The long list includes exiled CPP founding chairman Jose Maria Sison and United Nations rapporteur on the rights of indigenous peoples Victoria Tauli-Corpuz, who issued a statement to denounce it.

A petition filed by Senior State Prosecutor Peter Ong  with a Manila regional trial court on February 21 was made public this week, an apparent implementation of President Rodrigo Duterte’s Proclamation No. 374 declaring the CPP-NPA as a terrorist organization.

The Tiamzons were granted temporary liberty from detention in 2016 to join peace talks with the government.

Baylosis, a National Democratic Front (NDF) consultant in the peace talks, was arrested in January for alleged illegal possession of firearms and explosives, which he disputed. President Rodrigo Duterte had earlier ordered the arrest of the NDF consultants following the termination of the peace talks.

Duterte terminated the peace negotiations in November 2017 but has given mixed messages on its possible resumption, most recently on March 6 when he said he would reconsider if the NPA declares a ceasefire.

Former Bayan Muna representative Satur Ocampo is also on top of the list.

Alleged NPA combatants all over the country were named including Jorge Madlos, the Davao-based spokesman of the NPA. They were identified by their names and the supposed NPA fronts they belong to.

Many of those on the list were identified only by aliases such as @Boy Negro, @Kelly, @Fidel. The petition also included John Does.

“It is most respectfully prayed of this Honorable Court that this petition be granted and an order be issued declaring respondents, namely, the Communist Party of the Philippines and the New People’s Army also known as the Bagong Hukbong Bayan, as terrorist and outlawed organizations, associations and/or group of persons pursuant to Section 17 of R.A. No. 9372 of “The Human Security Act of 2007,” read the petition.

Sison fired back at Duterte, calling him the “No. 1 terrorist in the Philippines.”

“Duterte is engaged in a wild anti-communist witchhunt under the guise of anti-terrorism. An immediate look at his list of ‘terrorists’ will show that he is running amok in slandering people as ‘terrorists.’ There are also hundreds of Joh Does in the list just to intimidate limitless number of people,” Sison said.

Corpuz, who served as former chair of the UN Permanent Forum on Indigenous Issues before she was named UN special rapporteur in 2014, said she will answer the baseless allegation of the government.

She was listed as an alleged member of the Ilocos-Cordillera Regional Committee (ICRC).

“I will address this baseless, malicious, and irresponsible inclusion of my name even as I am consulting my lawyers on what legal courses of action to take to clear my name and even make accountable those who put my life and security at risk,” Corpuz was quoted in a Philippine Daily Inquirer report.