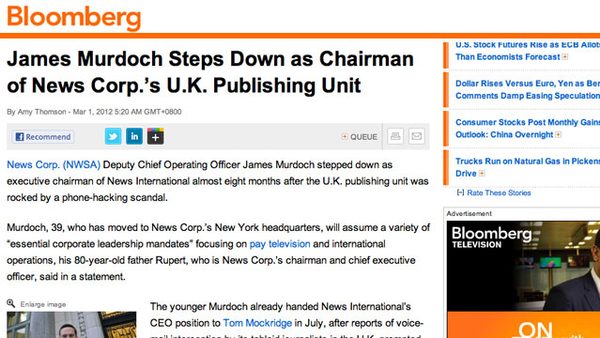 Once the heir apparent to his father Rupert Murdoch, James has resigned as executive chairman of News International, the UK-based media company of the Murdoch empire. While James is relocating to New York to continue corporate duties for the company, his departure is seen as a consequence of the phone hacking scandal involving News Corp in 2011. James has denied knowledge of the irregularities that happened in News of the World, a British tabloid owned by News Corp. But a current probe is beginning to show he was warned about the wrongdoing in his own newspaper.

Read about it in Bloomberg

He can no longer hack it