Meet the women drivers of MRT3 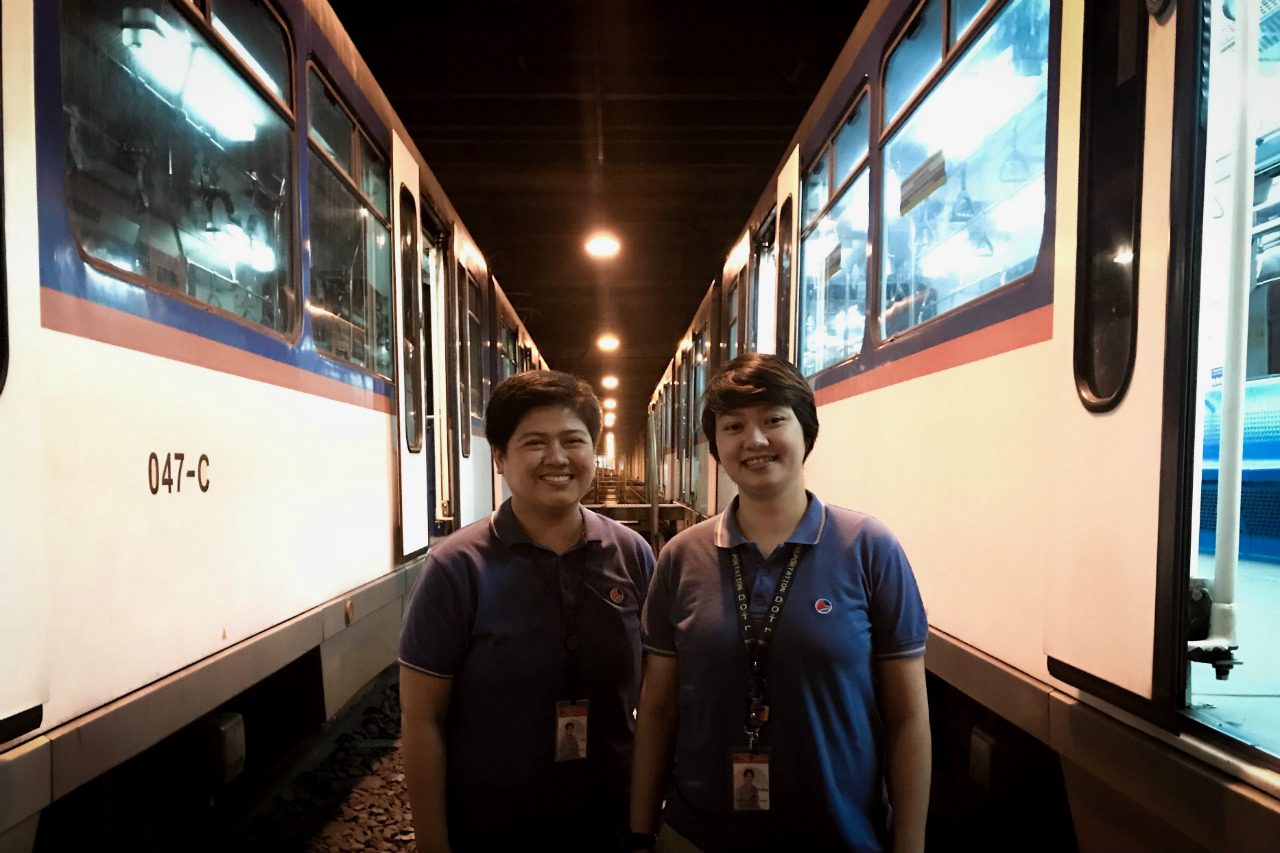 Facebook Twitter Copy URL
Copied
'Just show them that you can do it even if they say you can't 'just because you're a woman.' Nobody can stop you,' says one of the first female MRT drivers

MANILA, Philippines – In a male-dominated industry, these women drivers proved they can be trusted to be behind the wheel.

And it’s not just any vehicle. They drive the Metro Rail Transit Line 3 (MRT3) trains.

It was 5 years ago when MRT3 looked for its first batch of female drivers.

Mannielene Jose, 32, was working with MRT3 when her senior supervisor asked if she would be up for the job.

But for Maria Virginia Manuel, 36, it was a huge career shift. She used to be a financial planning assistant at Local Water Utilities Administration.

(I actually saw it as an advertisement in a newspaper, on Libre. I felt challenged with the position! It said, ‘Be the first female driver!’ I thought to myself, ‘Ah, I will go there tomorrow!’ I was a walk-in applicant. I brought the newspaper with me.)

Jose and Manuel were the first female drivers of the MRT3. They were trained for two months.

“At first, I felt nervous because of the size of the vehicle. On top of that, you bring with you thousands of lives. But as I became used to driving the train, I was able to overcome the nervousness,” Jose said in a mix of English and Filipino. Jose said that others doubt their capability as female drivers, with others saying they might not be able to handle crisis situations well.

“They doubt whether we can handle glitches just because we are ‘female’ – like how do we intervene (during an MRT3 breakdown)? Sometimes they think that we don’t want to do the dirty work like grease our hands. They think we can’t do it,” said Jose.

Manuel recalled that part of her nervousness stems from what people were saying when they learn that a woman drives the train.

“Nakakakaba talaga n’ung umpisa. Hindi sila pare-pareho ng sinasabi. May namumuri, may nag-u-underestimate ng babae. (At first, I felt really nervous. They do not say the same thing. Some would praise you, others would underestimate women),” said Manuel.

But both drivers said that some passengers are really encouraging, especially after knowing that a female drives the train.

“When we do the PA (public announcement) and say the safety reminders, there are some who are surprised after we speak, ‘Ay, babae!’ (Oh, a woman!)” said Manuel.

Manuel also said that some passengers even prefer female drivers because of the smooth drive.

There was even a senior passenger who came up to Jose to tell her she supports her as a female driver.

“It’s uplifting every time I remember that event. It makes me proud because it’s unusual for females to drive. It’s a man’s field,” she said. But sometimes, it’s the pressure coming from passengers that makes the job even more challenging.

One time, Manuel shared there was an emergency removal at Shaw Boulevard following a glitch. As she walked to the driver’s cab, a passenger grabbed her by her collar and started to berate her.

“I explained that if he has a complaint, he has to go to the station command as I need to bring the defective train back to North Avenue. But he wouldn’t let me go and repeatedly said, ‘I’m not yet done with you!'” shared Manuel.

“He then told me, ‘Don’t you know your salaries come from us? From our taxes?’ But I kept calm and walked away from him,” she added.

In crisis situations, both Jose and Manuel said that having presence of mind is the key.

“You need to have presence of mind. If you become rattled, nothing will happen to you,” Jose said.

For almost 5 years, only Jose and Manuel were the female drivers of MRT3. Last November, they became 4, with two more women signing up for the job.

Currently, there are a total of 110 drivers.

“I really love what I’m doing. I feel that this is what I am passionate about. Though most of our drivers are males, you know they respect you,” Jose said.

Ultimately, both of them said they feel empowered being in a male-dominated field and that other females in the same set-up shouldn’t be ashamed of what they are doing.

“If you really have strong will and passion in what you do, love what you’re doing. Don’t mind what others tell you. Just prove them that you can do your job and you can do it well,” Jose said.

“Just show them that you can do it even if they say you can’t ‘just because you’re a woman.’ Nobody can stop you,” Manuel added.– Rappler.com