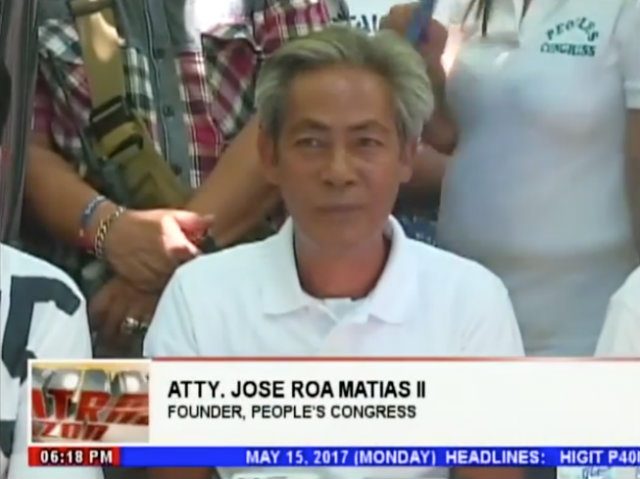 MANILA, Philippines – Police arrested a man who has been claiming he has authority from Malacañang to appoint people to barangay posts.

Matias has been going around introducing himself as “Attorney Jose Roa Matias II” in gatherings and media interviews.

“Roa” is the middle name of President Rodrigo Duterte.

They were acting on a complaint because in May 2017, Matias allegedly invited the complainant to a meeting for the “People’s Congress” in Mabalacat, Pampanga.

There, the complainant was told to pay P75,000, supposedly in exchange for an appointment to a post in any barangay of his choosing. Matias then allegedly told the complainant to pay an additional P5,000 for the “processing” of his application as a barangay official.

Interior Secretary Eduardo Año earlier cautioned government officials over Matias, saying he had been visiting towns and cities and claiming that he had authority from Malacañang to appoint local officials for a supposed revolutionary government.