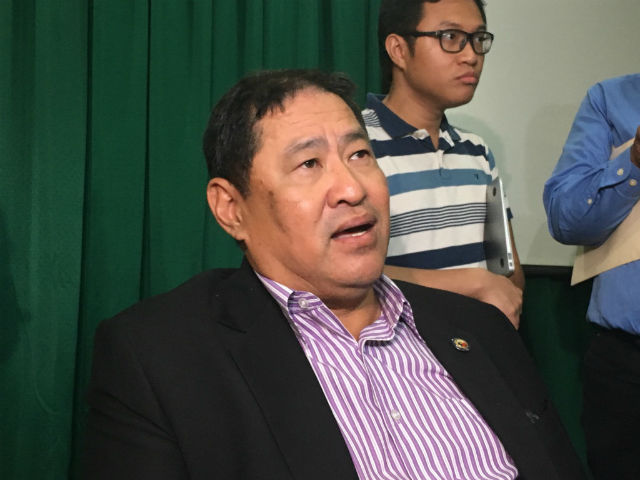 MALOLOS, Philippines – Oriental Mindoro 2nd District Representative Reynaldo Umali on Monday, March 12, called on barangay officials in Bulacan to support his proposal to postpone – for the 3rd time under this administration – barangay and Sangguniang Kabataan elections.

“Hindi po ako sumusuko (I’m still not giving up),” said Umali before a crowd of thousands of barangay officials from the vote-rich province of Bulacan.

Congress is set to suspend session by the third week of March. It will resume session mid-May 2018. That means the House has only 6 session days left to approve the proposal at the committee level and approve it before plenary. The Senate will then have to pass the same legislation.

Why does this matter? The house committee on suffrage and electoral reforms will be tackling Monday afternoon proposals to postpone elections from May 2018 to October 2018.

Barangay and Sangguniang Kabataan polls have been postponed twice under President Rodrigo Duterte. It was suspended in 2016 and again in 2017.

In 2017, legislators pushed for its postponement, citing the alleged threat of narco money influencing the village elections.

Why suspend it again? In pushing for a 3rd suspension, Umali cited the push for a federal system of government. Federalism is among the PDP-Laban’s top priorities. – Rappler.com