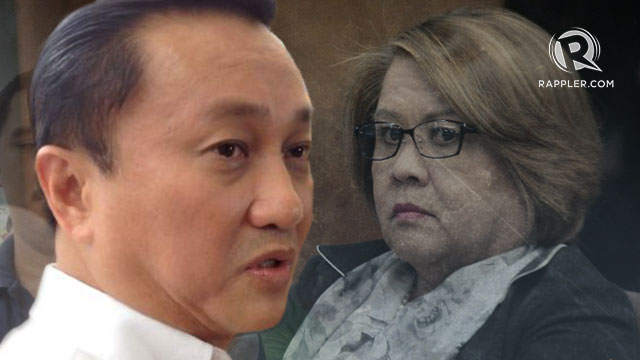 The allegation. Tolentino, former chief of the Metropolitan Manila Development Authority (MMDA), claimed a “super server of Amazon dot com” from Seattle, Washington was used in the supposed cheating.

“Saan niyo naman nakikita niyan, May 8, natutulog pa ako sa Tagaytay, may boto na si De Lima (What sort of situation is that when on May 8, while I was still sleeping in Tagaytay, De Lima already had votes)?” said Tolentino during the ruling PDP-Laban’s oath taking in Malolos, Bulacan.

Tolentino had earlier filed an electoral protest against De Lima. He ranked 13th in the 2016 elections while De Lima took the last senate seat with the 12th highest number of votes, based on the Commission on Elections’ (Comelec) tally.

Tolentino, who was an independent candidate but campaigned with then presidential candidate Rodrigo Duterte, said details of the alleged electoral fraud would be the content of Senator Vicente Sotto III’s second privilege speech before session.

Sotto made his first one on March 5, during which he alleged early transmission of votes and foreign access to election servers.

Flashback to 2015. Tolentino and De Lima were supposed to be in the same slate in the 2016 elections.

Tolentino was set to be part of the Liberal Party’s 2016 senatorial slate but had to bow out of consideration at the last-minute following his involvement with a provocative girls’ group performance during a Laguna legislator’s birthday party.

Female members of the Liberal Party then condemned the raunchy performance by the group “Playgirls” and called on the party to probe the incident and hold accountable those responsible for it.

But, the last laugh. Tolentino lost but a year later, was appointed Duterte’s political adviser. The former MMDA chief who was also an ally of the last administration seemed to be pleased with how things turned out in the end.