Mar 12, 2018 6:40 PM PHT
Rappler.com
Facebook Twitter Copy URL
Copied
'There's a world of difference between a UN official using crude language against a sitting head of state and the President using any kind of language that he wants on a private individual,' says Presidential Spokesperson Harry Roque 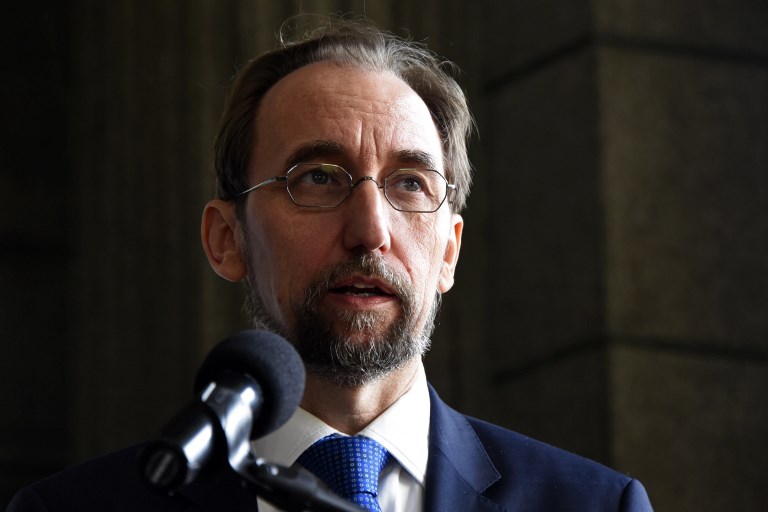 MANILA, Philippines – What’s the difference between the use of “crude language” by a United Nations (UN) official and a head of state like Philippine President Rodrigo Duterte?

Malacañang reiterated on Monday, March 12, that it was “wholly unacceptable” for UN High Commissioner for Human Rights Zeid Ra’ad Al Hussein to say that Duterte should undergo a psychiatric evaluation, because UN officials should “respect sitting heads of state.”

But how about Duterte’s profanity-laced tirades against the UN and his critics, as well as his other controversial remarks?

“There’s a world of difference between a UN official using crude language against a sitting head of state and the President using any kind of language that he wants on a private individual,” Presidential Spokesperson Harry Roque said.

“Especially in this instance, when the person using the crude language (Zeid) is himself without a democratic mandate,” he added. “And until now, I am restraining myself from using similar language. I can assure the good High Commissioner, I’m better at using names.”

Roque had said last Saturday, March 10, that the “very harsh language” used by Zeid against Duterte was “uncalled for.” (READ: Trillanes backs Duterte psych evaluation ‘for the sake of PH’)

Duterte’s spokesman himself recently described Supreme Court Chief Justice Maria Lourdes Sereno as “may tama” (not right in the head), citing an interpretation of a psychological test deemed questionable even by psychologists.

Asked whether Zeid’s remarks would affect the Philippine government’s willingness to allow UN rapporteurs to investigate Duterte’s drug war, Roque said, “Let’s just say that that kind of a comment is not conducive to having further investigations in the Philippines by any special rapporteur.”

“The communications are ongoing. Let’s see what happens,” the presidential spokesman said, without elaborating. – Rappler.com