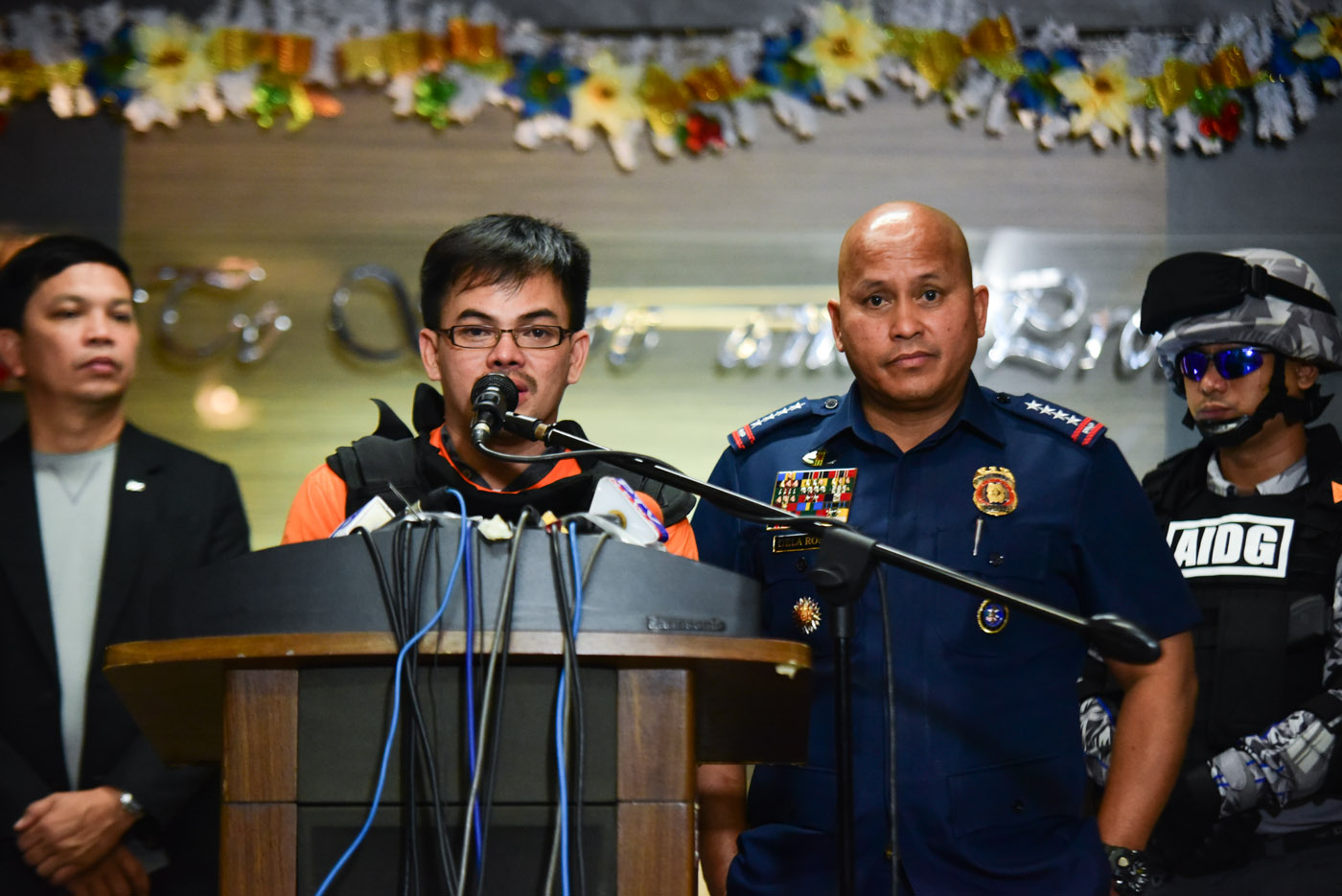 “It’s on appeal. We filed a motion for reconsideration in the junking of the case of Peter Lim and Kerwin Espinosa. We will use all legal remedies to make sure they are held liable,” Dela Rosa said in a Camp Crame news conference on Monday, March 12.

What happened: This comes after the media learned that the DOJ had dismissed the cases of the suspected drug personalities last December 20, after a panel found “weak” evidence against them.

Lim and Espinosa were tagged as drug lords by no less than President Rodrigo Duterte. The President has since said he himself would review the dismissal of the charges.

What’s at stake for the PNP: The Espinosa and Lim case had been touted by the PNP as one of its biggest achievements in its unrelenting war against illegal drugs.

Dela Rosa himself repeatedly mentioned Espinosa as a big catch when critics branded the drug war as a crackdown solely targeting the poor. (READ: This is where they do not die)

What the case is about: The drug charges were handled by the Criminal Investigation and Detection Group (CIDG), the PNP unit tasked to pursue high-profile crimes.

Holding on to the testimony of big-time drug runner Marcelo Adorco, the CIDG pinned down Lim as a supplier of “staggering amounts of shabu,” and Espinosa as an operator of a Central Visayas drug network.

The DOJ, however, found Adorco to be a witness of poor credibility, leading to the erosion of the CIDG case. – Rappler.com