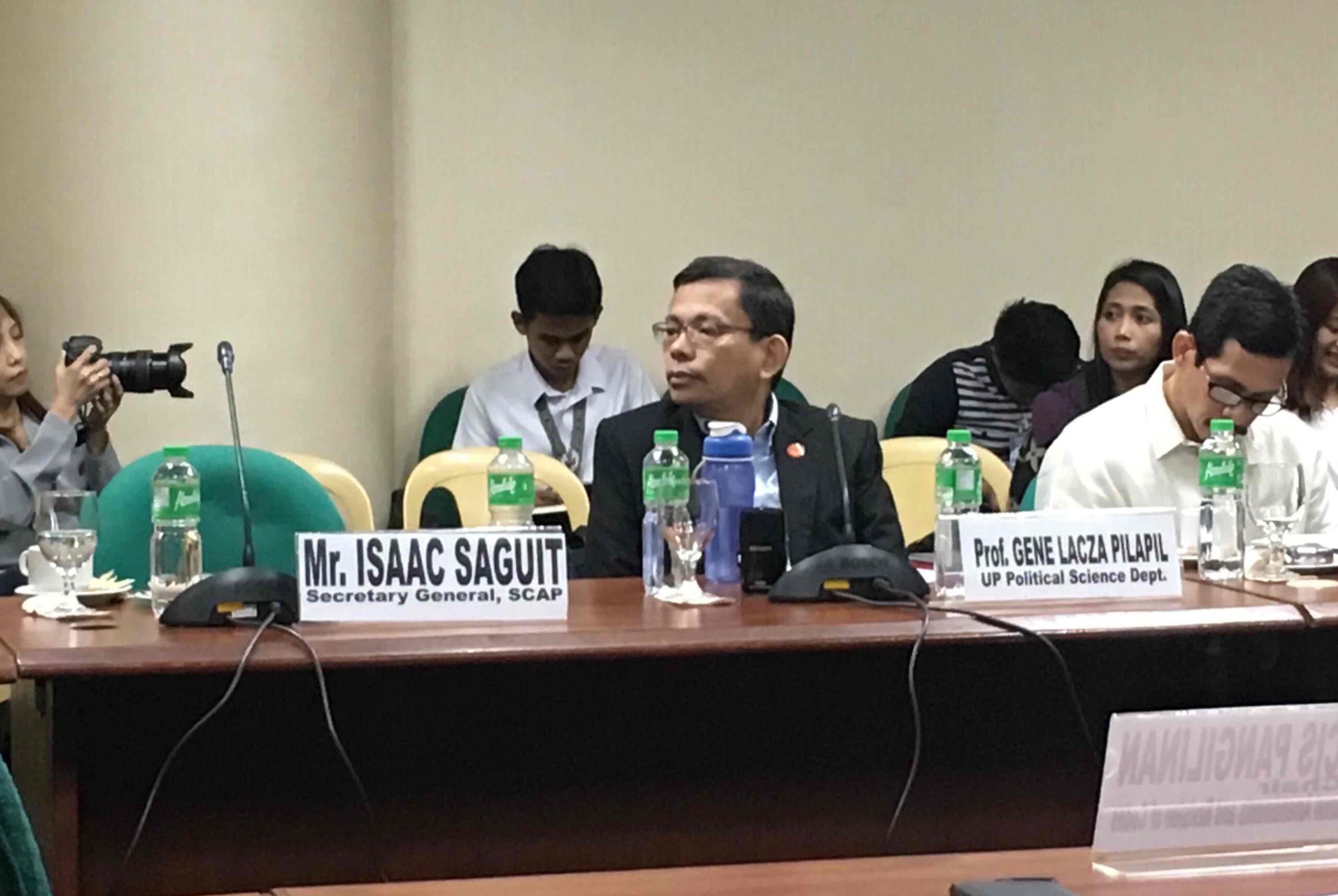 Facebook Twitter Copy URL
Copied
A UP professor doubts President Rodrigo Duterte's vow not to extend his term, saying it is like his 'campaign promise to ride a jet ski to the Spratlys'

MANILA, Philippines – The new constitution should ban President Rodrigo Duterte from reelection “to protect democracy,” citing the “classic strategy of autocratic leaders” in other countries.

UP political science assistant professor Gene Lacza Pilapil challenged federalism proponents as well as the Consultative Committee (Con-Com) to include such a provision in the new charter to allay fears that shifting to federalism is just a ploy to ensure that the Duterte administration and its allies would remain in power.

“Write down a provision banning the incumbent president to allay the valid fears of many Filipinos that this shift to federalism is part of the same script of the current president and his key allies to remain in power beyond his constitutionally mandated term limit under the 1987 Constitution,” Pilapil said on Tuesday, March 13, during a Senate hearing on Charter Change.

“Changing constitutions is a classic strategy of autocratic leaders elected in democracies but who later undermined their democracies,” he added.

Duterte has said that the military and the police should shoot him if he extends his term “even by just one day.” (READ: Duterte rejects term extension, suspended polls)

But Pilapil is unconvinced, as he likened it to Duterte’s campaign promise of riding a jet ski to the Spratly Islands to fight for the Philippines’ rights. Once in power, Duterte took a soft stance toward the Chinese. (READ: Malacañang on China buildup on PH reef: What do you want us to do?)

Given this, the professor said a reelection ban should be institutionalized in the new charter.

“[It] is as good as his campaign promise to ride a jet ski to the Spratlys, a promise which he now teases his own supporters for believing,” Pilapil said.

“To make sure that in 2022 he does not tease the country for believing him in 2018 that he will step down once his term ends under the 1987 Constitution, institutionalize his promise to step down by constitutionally barring him to run in your proposed federal constitutions. Ban Duterte, defend democracy.” – Rappler.com