Malacañang backs refiling of case vs Peter Lim, if needed 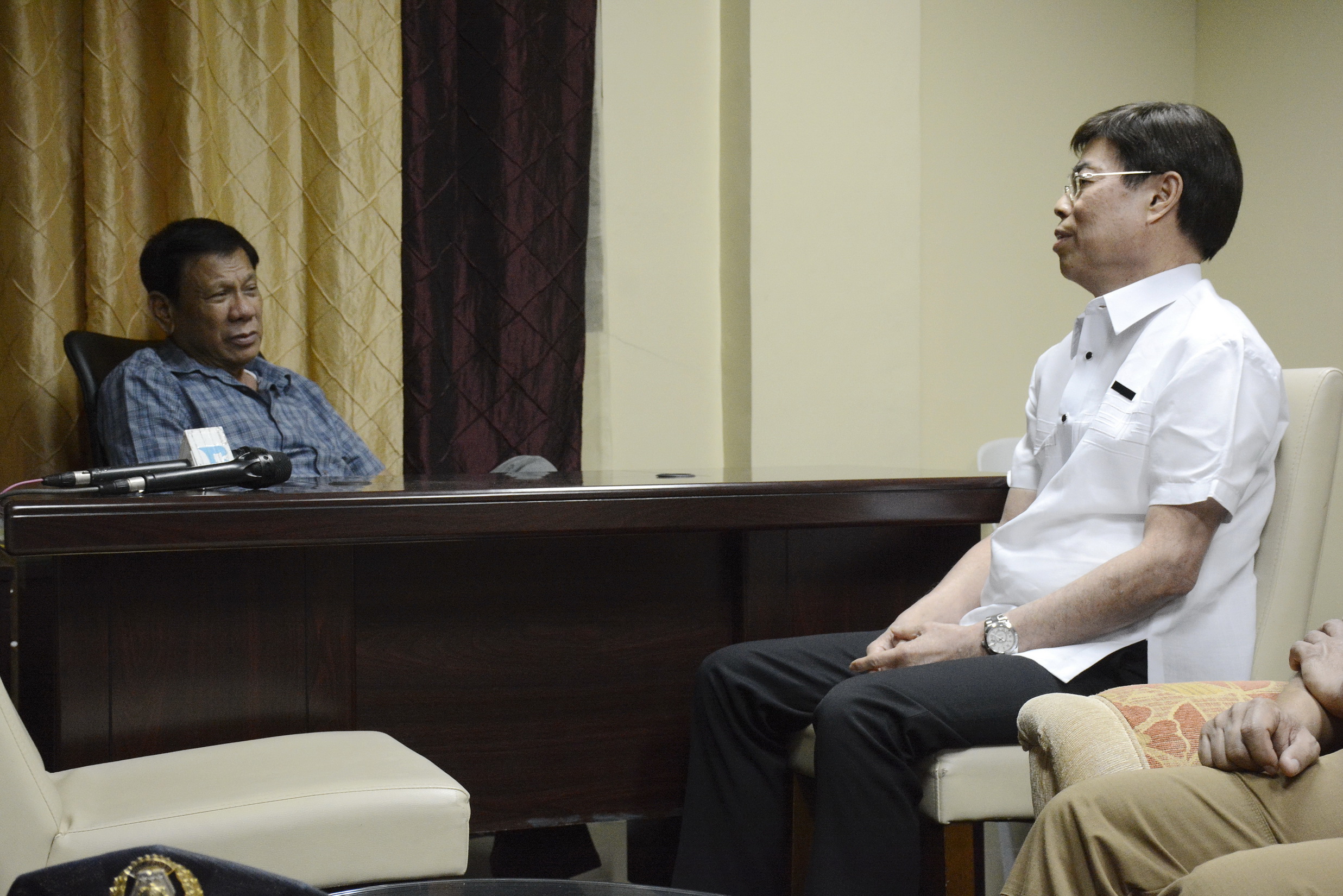 Roque made the statement in response to criticism of the decision of a Department of Justice panel made in December 2017, but was only learned, and reported, by the media on Monday, March 12.

“If, upon review, the DOJ finds reason to reverse the dismissal, then it will be reversed. If, however, it is necessary to file additional evidence, we will prompt the police authorities to do so,” said Presidential Spokesperson Harry Roque on Tuesday, March 13.

“We will not allow a big fish to go away if there is evidence to go after him,” he added.

Roque assured the public that the dismissal of the charges against Lim, Kerwin Espinosa, Peter Co, and Lovely Impal is “far from being final.”

“We understand the sentiments and frustrations of the public over the dismissal but stress that the police can refile the case, can introduce additional evidence,” he said.

Asked if Malacañang finds fault in the Philippine National Police (PNP) for not submitting sufficient evidence to convince the DOJ panel of prosecutors, Roque said heads would roll if anything anomalous is found in the investigation.

(If there is any anomaly, those responsible will be punished….You know the President, he would axe people in response to that.)

Roque denied that Malacañang will not accept a decision other than the indictment of Lim, one of the first few people to get death threats from Duterte in his presidency because of alleged involvement in illegal drugs.

“Of course not but what I am saying it as long as based on evidence, we trust in the review to be conducted by Secretary Vitaliano Aguirre,” he said.

Roque  admitted that Malacañang is “concerned” about the dismissal since it was Duterte himself who publicly accused Lim of being Visayas’ biggest drug lord.

Duterte and Lim even had a meeting where the President told the businessman to cooperate with the government’s investigation on his links to the drug trade.

During the Palace briefing, Roque thanked the people who managed to learn about the DOJ panel’s decision and divulged it to the public.

(Well, we really have to monitor cases especially those involving big personalities. And we thank the vigilance of the public for making this known. The dismissal was reportedly decided upon for quite some time already, but it was only divulged to the public now. So we thank those who have been keeping track of this.)

When asked, Roque said Aguirre has not given any report on why he kept this information from the public. The Palace spokesman also said the DOJ spokesperson, Undersecretary Erickson Balmes, called him on the phone but he was unable to answer his call.

“But I was assured that this is far from being case closed. We will review the decision and if need be, we will re-file with additional evidence,” Roque said.

‘No effect on De Lima case’

Responding to questions, Roque insisted that the dismissal of the charges against the alleged drug lords would not affect the case of Senator Leila de Lima, who has been in detention for over a year as she awaits trial for drug charges.

“The DOJ petition, as assured to the public,  will not affect the case of Senator Leila De Lima. There will be other witnesses who will testify against the lady senator,” he said.

But the DOJ panel had dismissed the charges against Lim because of the supposedly weak testimony of big-time drug runner Marcelo Adorca, one of the drug personalities who executed an affidavit against De Lima.

Roque maintained that the cases of Lim and De Lima are not related.

“The basis for the case vs Leila De Lima is different from the basis of the case against Peter Lim,” said the spokesman. – Rappler.com