Robredo says quo warranto a dangerous precedent even for Duterte 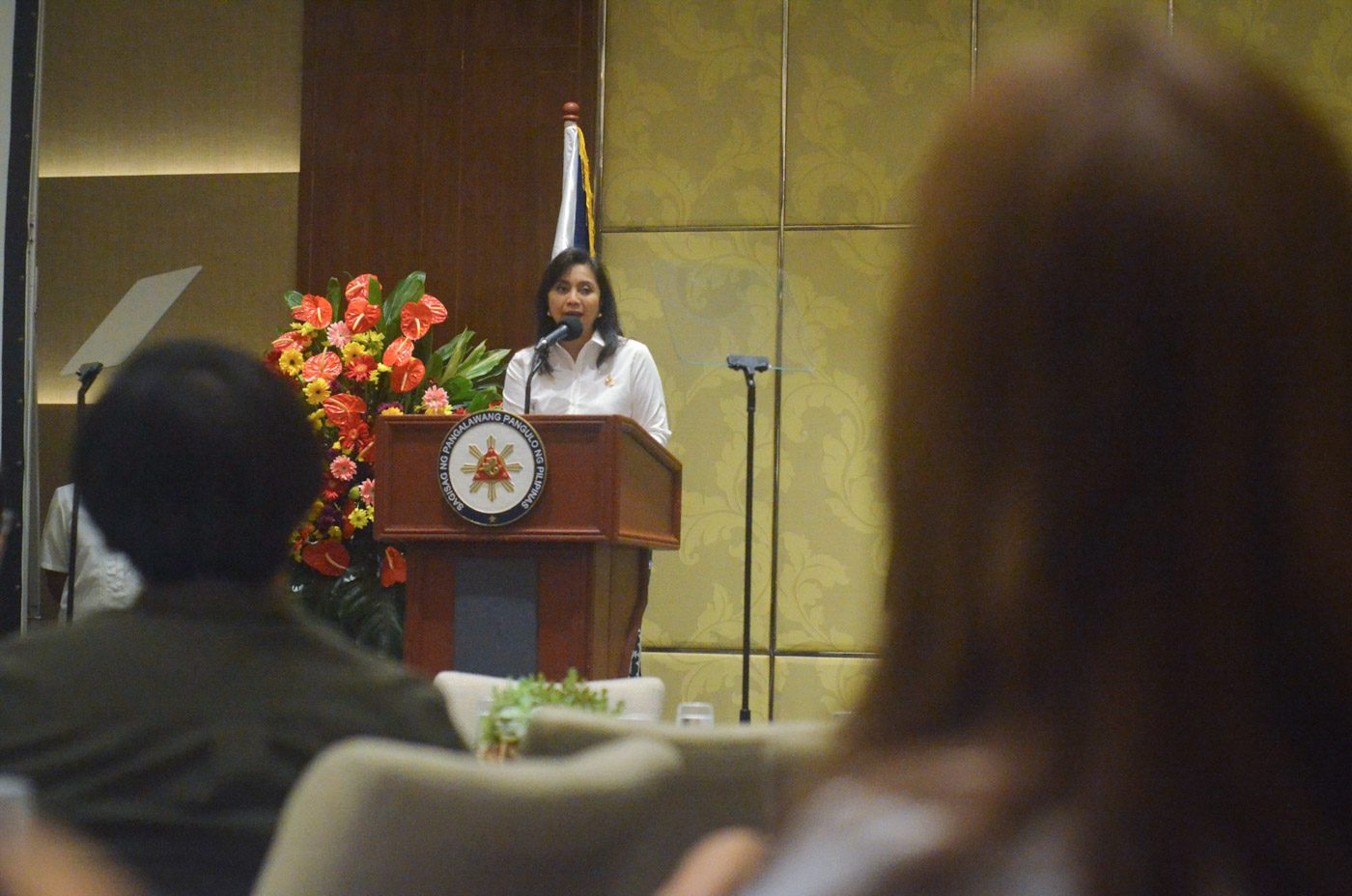 MANILA, Philippines – Vice President Leni Robredo is opposed to the quo warranto proceedings against Chief Justice Maria Lourdes Sereno, saying that it will set a dangerous precedent even for President Rodrigo Duterte.

“Kung bigyan ng due course iyong quo warranto, gusto bang sabihin nito pati iyong Pangulo puwedeng tanggalin sa paraan na quo warranto? (If you give due course to a quo warranto, are we saying that even the President can be removed through a quo warranto proceeding?),” Robredo said on Tuesday, March 14, on the sidelines of a women empowerment talk in Makati.

Robredo said that impeachable officers like her, Sereno and Duterte can only be removed by impeachment.

(It’s important that the impeachment proceeds in a matter prescribed by law, because it means the process is working.)

Robredo urged the House of Representatives to act on the complaint, whether to junk it or transmit to Senate.

The House justice committee is postponing to next week the release of its draft articles of impeachment. Meanwhile, Majority Leader Rodolfo Fariñas, whose committee on rules will put the plenary voting on calendar, said they should wait for the Supreme Court’s decision.

The SC has asked Sereno to submit her comment in 10 days. – Rappler.com