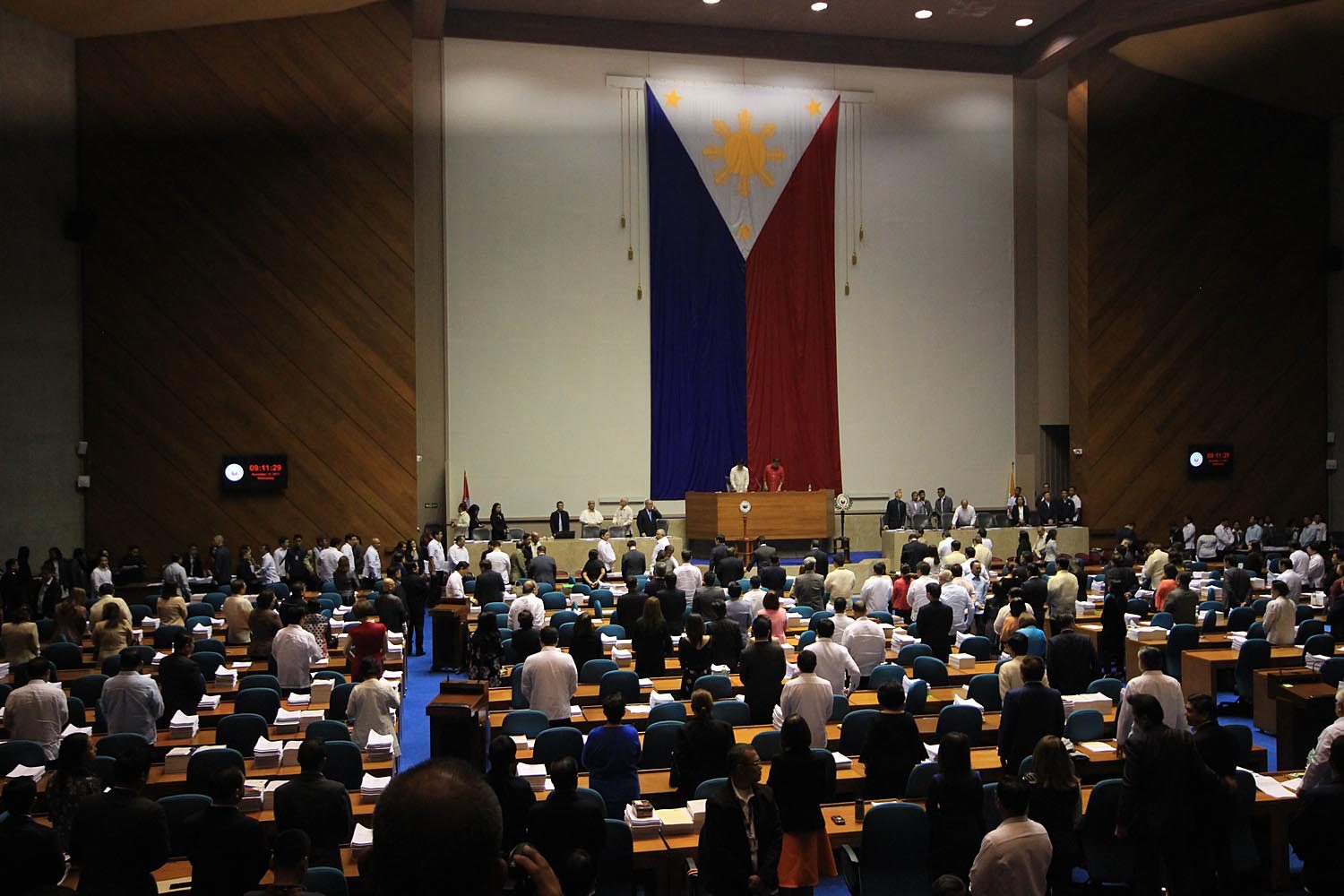 Facebook Twitter Copy URL
Copied
During an all-member caucus, House members agree to pass the measure to move the barangay polls to October

MANILA, Philippines – The House of Representatives on Wednesday, March 14, approved on 2nd reading a bill that seeks to postpone the scheduled barangay and Sangguniang Kabataan Elections from May 2018 to October 2018.

The vote was made during plenary session, two days after the House panel on suffrage approved the proposal during a hearing on March 12.

Aside from postponing the polls yet again, the bill seeks to extend the terms of those who are eventually elected from two years to 3 years.

Why this matters: The House is just one step away from approving a proposal to postpone the barangay (village) elections, which have already been suspended twice – first in 2016 and then in 2017.

The first two times, the Senate also passed a similar measure, and it was thus turned into law.

During an all-member caucus Wednesday afternoon, House members agreed to pass the measure.

The House will next have to pass the measure on third and final reading. It will also have to muster the support of the Senate, where a counterpart bill has yet to be filed. (READ: Senate: ‘Physically impossible’ to OK barangay polls postponement) – Rappler.com